Serviced apartments are a great way to stay in Bangalore for shorter durations. You will love the sheer comfort and convenience offered by these apartments. They are well equipped with all the amenities and facilities that you require. They also offer the perfect combination of privacy, space and comfort throughout your trip.

If you are looking for rent apartments in Bangalore, we have a range that are ideal for business or leisure. Short term rental Banglore are available, if you are looking for a short stay. Our luxury serviced apartments in Bangalore are well equipped with the best facilities including room cleaning, concierge (wherever available), high-speed Wi-Fi, kitchen amenities, private access and flat-screen televisions. We offer the most practical yet relaxing solutions for travelers in Bangalore.

Our furnished apartments in Bangalore are steadily becoming a preferred accommodation option for guests in Bangalore. They are also considered ideal for new residents temporarily shifting to the city. These serviced apartments are better alternatives to conventional rental accommodation in the city. They fuse comfort and convenience masterfully with the best amenities to match.

Their popularity is a major reason behind the soaring demand. All contractual and legal matters are worked out seamlessly along with maintenance costs, agency fees and other utility bills. There are no deposits to be paid as well. You will not have to bother about the bedding, furnishings and other fixtures too.

Bangalore rent apartments usually lie in close proximity to major metro stations, key thoroughfares and bus stops. You can easily travel to your business conferences and meetings while in the Garden City. Some apartments even have accompanying swimming pools and gymnasium memberships.

You are guaranteed to find flat available for rent in Bangalore suitable for extended stays while enjoying the locality and city at your leisure for the long haul. Moving to Bangalore does not always have to be a stressful experience.

Being serviced accommodation experts, we strive to offer the best amenities, luxurious furnishings, interiors and warmth through our service. We address queries quickly while applying a personalized human touch all the while.

If you are seeking corporate housing in Bangalore, our apartments will take care of your needs with aplomb. Our units come equipped with the best amenities and facilities, right from comfortable beds to the best bathroom amenities which will a great option for your bussiness trip.

Enjoy using high-speed free Wi-Fi and flat-screen televisions along with the best kitchen appliances and amenities. Safety and security features are abundantly provided while our furnished flats are well connected to nearby transport facilities and business hubs.

You will greatly appreciate our holiday apartments in Bangalore for their comfort and space alike. Our accommodation options are equipped with facilities like high-speed free Wi-Fi and flat-screen televisions. They also offer abundant privacy and kitchen appliances.

Expect well-equipped kitchens for rustling up delicious meals while enjoying proximity to major tourist landmarks and public transport facilities in the vicinity. Our furnished flat are sure to make your Bengaluru sojourn more memorable.

Place to Stay in Bangalore

Bangalore is home to several charming neighborhoods. Koramangala serviced apartments lies in south-eastern Bangalore. It is a popular locality for young professionals and students alike with its tree-lined thoroughfares, commercial structures and innumerable pubs and restaurants. Indiranagar serviced apartments is another bustling zone with offices, nightlife destinations, restaurants and more. 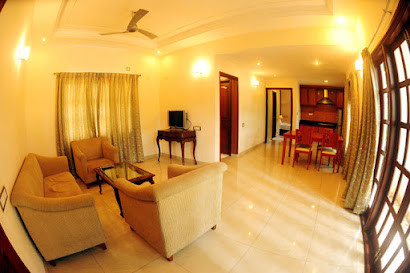 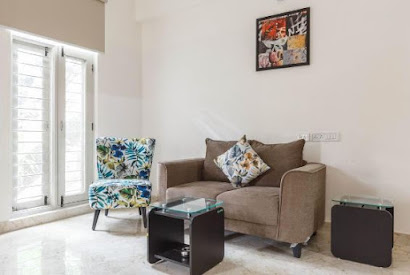 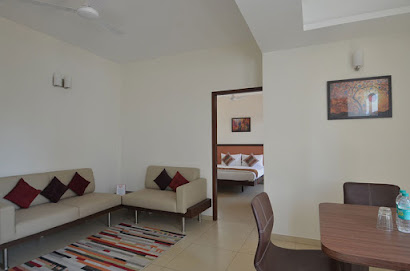 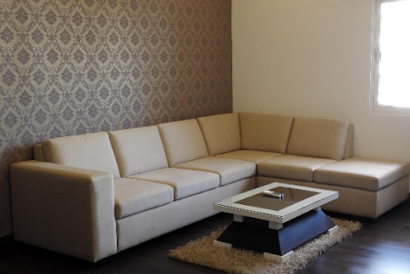 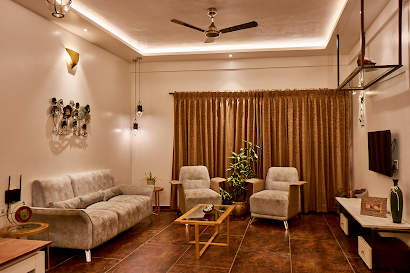 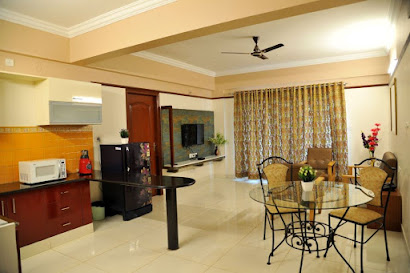 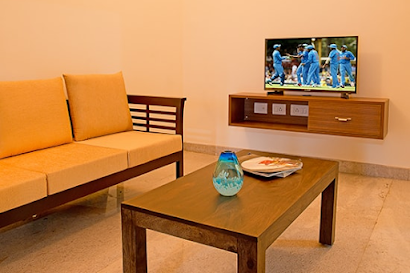 Bengaluru is the capital of Karnataka and its biggest city. It is India’s third most populous city while lying on the Deccan Plateau at an elevation.

Here are some interesting facts about Bangalore:

The Silicon Valley of the country is known for its flourishing IT export sector with several leading tech concerns headquartered here. Bangalore is India’s second-fastest-growing metropolis while housing some of the country’s richest individuals with total wealth estimated at approximately $320 billion. It also has a thriving aerospace and manufacturing sector along with specializing in defense, education and research.

Cost of Living in Bangalore

A meal at a regular restaurant costs INR 100-400 while a mid-range restaurant will charge upwards of INR 1,000. One-way tickets cost between INR 25-80 while a monthly pass will cost INR 1,500 on average. Utility costs hover around INR 2,257.38 every month while monthly rentals range between INR 8,000-70,000 on average. This covers 1 and 3 bedroom apartments within and outside the city center.

Here are some handy tips for visiting Bangalore:

Things to Do in Bangalore

Bangalore has no shortage of things to do. Here’s looking at some of the best activities for visitors near our Banglore serviced apartments:

Some free things to do include visiting the lovely Cubbon Park and other parks while also checking out the Rangoli Metro Art Center. Check out Atta Galatta or even visit the bustling Commercial Street.

Couples can enjoy gazing at stars courtesy of a trip to the Nehru Planetarium. Lal Bagh offers ample scope for a romantic walk together while the Hebbal Lake is ideal for pristine bird-watching and relaxation. Cubbon Park is another romantic destination along with the Ulsoor Lake where you can also go boating together.

Some of the more unusual things to do in Bangalore include microlight flying, paintballing, vineyard tours, go-karting and even the Wonderla amusement park. You can also explore Snow City or check out several happening microbreweries and pubs dotting the city’s hippest locations.

Places to Visit in Bangalore

Here are some of the top places to visit in Bangalore:

Places to Eat in Bangalore

Some of the top street food options in Bangalore include Sri Sairam’s Chats and Juice Center for Chaat, Khan Saheb Grills and Rolls for the yummy rolls and Brahmin’s Coffee Bar for dosas and idlis. Other top establishments include Hari’s Super Sandwich, Karnataka Bhel House, Rakesh Kumar Pani Puri Stall, Puchka’s and Chatar Patar. There are numerous delectable street food choices in the city which you will absolutely adore.

MG Road is a good shopping destination with high-end retail destinations and street outlets alike. Commercial Street is another top-notch shopping zone along with the Chickpet Market area as well. Avenue Street is another delightful area for book lovers while V R Mall is a popular zone for shopaholics too. Other options include Phoenix Marketcity and Forum Mall.

The Namma Metro is a rapid metro rail transit network which has covered the area between MG Road and Baiyappanahalli. It covers the north-south and east-west networks while the phase 2 is being built. This should start functioning soon while the Kempegowda International Airport is the primary international airport for residents and tourists alike.

Bangalore is a perfect place to visit round the year. It has a cool and refreshing climate and the elevation of almost 3,000 feet above sea level ensures the best conditions overall. You will feel pleasant even during summers while average temperatures range around 30 degrees Celsius at this time. Winter temperatures may fall below 20 degrees Celsius. Monsoon rainfall happens between June and November.