Weißensee is a locality in the borough of Pankow in Berlin, which derived its name from the lake Weißer See, which is the focal point of the neighbourhood. The area around the Weißer Lake is defined by its vibrant historical architecture, parks, lakes, and numerous other places of interest for recreational activities. This quaint and less populated neighbourhood is one of the hidden gems like a little village, back in the 13th century. The area is home to some of the most interesting places that will make your visit worthwhile in Berlin. There are small cafes, fine shops and great restaurants which invite you to stay here. Over the years, Weißensee institutions have shaped the cultural offerings in this district, attracting huge number of tourists every year.

The School of Art- Kunsthochschule Berlin which has been found in 1946  is of national rank and is quite popular here. You can study all manner of different things in this school, such as sculpture, fashion design, painting, stage, costume design and many more. Though this neighbourhood is thought to be bit isolated, it's not really so as other major central localities like Mitte, Prenzlauer Berg, and other eastern districts of Friedrichshain are well-connected by trams. Berliner Allee-the town of Weißensee is very much nestled in the centre, where you can enjoy little shopping and live well. 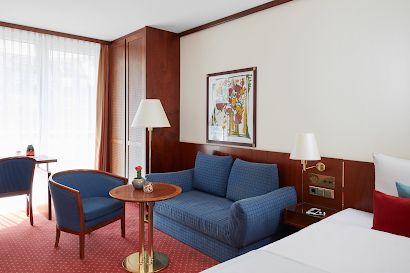 Things to know before booking serviced apartments in Berlin

Weißensee district is divided into five "quarters" namely the founding quarter, the composers' district, Berliner Allee, the municipal quarter and the Taut-settlement Buschallee. The area is home to many commercial buildings and beautiful architecture that surrounds the residential houses. The independent houses are closely built together. Though there are few hotels situated in this area, you will find good rental apartments in Weissensee, where not much gentrification has taken place over the course of time. Property is fairly priced and even the big apartments are not that expensive. Weißensee comprises mainly of blocks of flats and the well preserved old houses. During your vacation or business trip to Berlin, you can choose to stay in Weißensee. As the neighbourhood is appreciated a good choice for those who seek balance between urban life and privacy in a peaceful district of Berlin.

Weißensee still retains the appeal of the untouched, pristine village within the centre city but the district is a reward for those who are ready to dip beneath its surface. There are Gustav-Adolf-Straße, Wallywoods, an alternative (gallery) location on Berliner Alleee, where many concerts and exhibitions are organized. Some great museums and shows are an important crowd pulling factor for Weißensee. A must-visit attraction is this area is Jewish Cemetery, where over 115,000 people have been laid to rest including both great personalities and less-known people. Get a sense of secludedness and history visiting this cemetery in Berlin.  Weißensee fantastic street art and graffiti decorating the internal walls of an abandoned Children Hospital are also very in interesting are more than worth a visit.

At first glance you might feel disappointed in Weißensee if you looking for high-class boutiques and big malls. But you can shop on Berliner Allee if you are interested in shopping at Weißensee. Here the collection is not targeted at the young people so it would be really difficult to find latest and fashionable stuff. You can head to Kastanienallee in Prenzlauer Berg to shop such clothes and fashionable items. But there are many good supermarkets, which locals feel proud of.

Getting around in Weissensee

Weißensee might be the undiscovered part of the city and considered bit "off the beaten track" but the area is well-connected to the Berlin city and other popular neighbourhoods.  The neighbourhood is linked via tram connections, which makes it easy for the commuters to travel to Weißensee. Another good mode of transit is the Boat services that runs to all stops between Techendorf and Dolomitenblick. This service is offered three to 11 times daily. Availing boat services will not only take you to this neighbourhood but it will be like as an excursion for you through the picturesque landscape. Greifswalder Straße S-Bahn station is located just 2.8 km from this area. The best way to explore this beautiful quaint neighbourhood is by foot, walking amid the rustling leaves and lapping water.