There are many Birmingham serviced apartments available for guests. You will find many options in the city. There are luxuriously furnished apartments Birmingham at reasonable rates. Birmingham is one of the biggest leisure and business hubs in the UK. It is a popular place to stay for both business and leisure travellers.

Our furnished apartments Birmingham offer great amenities for residents. They include Wi-Fi and concierge services. You will also get private access and flat-screen televisions. Room cleaning is also available.

There are various benefits of booking furnished apartments Birmingham. You can get access to the best amenities and facilities. You can also expect accommodation in strategic locations. You can access business hubs and public transportation nearby. You can also move in without worrying about several things. These include maintenance, agency fees, deposits, etc.

Our apartments come with the best furnishings and fixtures. Some units also have add-ons. They include swimming pools and gymnasiums. Luxurious interiors are another plus point. These apartments are ideal for both long and short term stays.

Corporate housing Birmingham is always a good choice for travellers. You will find apartments suited to your needs. Access business hubs and public transportation nearby. Invite colleagues and business associates. Cook your own healthy meals. We offer well-equipped kitchens with all appliances. You can entertain yourself with flat-screen televisions and Wi-Fi too. In fact, it will help you get some work done as well. Relax with comfortable beds and plush furnishings. Spacious living areas are the icing on the cake. Our units are tailored to meet the needs of business guests. You can work and play in style at our plush units in Birmingham.

We offer a vast line-up of holiday apartments Birmingham, Find the best options for your needs. Our units come with enough space for everyone. They are ideal for couples and larger groups alike. You can also find apartments suitable for solo travellers and smaller groups. Find all your daily appliances here along with Wi-Fi. Flat-screen televisions and fully-equipped kitchens are available. Some units also have more amenities for guests. You can also access various tourist landmarks nearby. This makes our apartments the best option for guests. Find all the restaurants, pubs and bars you need. Our apartments are also near shopping zones and entertainment destinations. Public transportation facilities are always at your fingertips.

There are many choices available for short term rentals. You will find units equipped with all the amenities you want. They are ideal for settling into Birmingham. You will find furnished units with well-equipped kitchens. You do not have to rent furniture or eat outside. You can cook your own meals with ease. You can also expect easy access to various nearby attractions. Find everything you need in the neighbourhood. You do not have to worry about getting some privacy during your trip.

Cost of Living in Birmingham

A restaurant meal costs 12 pounds on average. You can expect 194.40 pounds in monthly utility bills here. One-way transportation tickets cost around 1.50-3 pounds. Rentals are usually around 500-2,500 pounds in Birmingham for apartments. They depend on the configuration (1-3 BHK) and the location. Apartments within the city centre are usually costlier.

Birmingham is one of the best and most vibrant English cities. However, you will need to know a few things beforehand. Here are some tips for visiting Birmingham:

Things to do in Birmingham

Here are some of the best things to do in Birmingham.

Q. What are the most popular things to do in Birmingham?

You can visit the Birmingham Museum and Art Gallery. You can also try the Library of Birmingham or Birmingham Hippodrome.

Q. What are some free things to do in Birmingham?

They include the canals, Digbeth, Donkey Sanctuary and more. You can also go to Cannon Hill Park or the Jewellery Quarter.

Q. Does Birmingham have many romantic attractions?

They include the Jewellery Quarter and Cannon Hill Park. Others are the Birmingham Royal Ballet or Sarehole Mill.

Q. What are the most family-friendly things to do in Birmingham?

They include the Science Garden-Think Tank Museum and Ikon Gallery. You can also visit the Lickey Hills Country Park. You can also check out the Jewellery Quarter.

Q. What are the more unusual things to do in Birmingham?

They include Treetop Adventure Golf and Peaky Blinders tours. You can also check out the Lock-Up or enjoy paddle-boarding.

Places to Visit in Birmingham

Here are some of the top places to visit in Birmingham:

Places to Eat in Birmingham

You should try Shababs Indian Restaurant and the Belfry Afternoon Tea. Other picks include 200 Degrees and the Coconut Tree. Dishoom is also worth a visit while you are in Birmingham.

Shopping choices include The Bullring, Selfridges, and Birmingham Rag Market. You should also check out the Jewellery Quarter and Great Western Arcade.

Birmingham has its own airport and the East Midlands airport. It has the TfWM transportation network. Rail, tram, and bus networks are also available here.

Birmingham has shorter and comfortable summers. Winters are lengthy and chilly. The best time to visit is between late June and late August. This is a great time for outdoor activities. 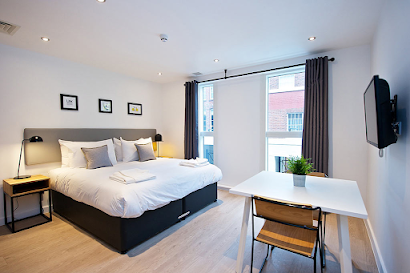 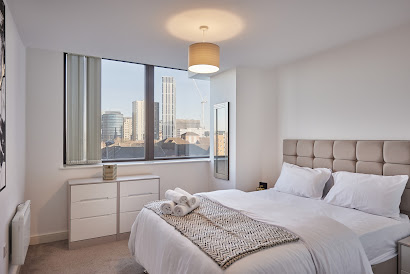 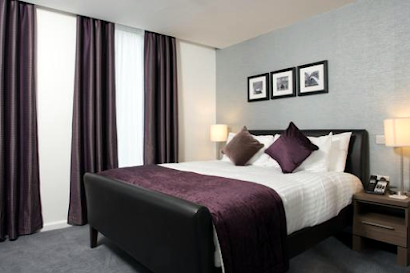 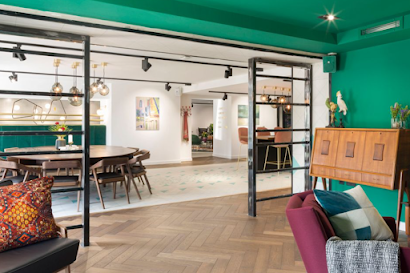 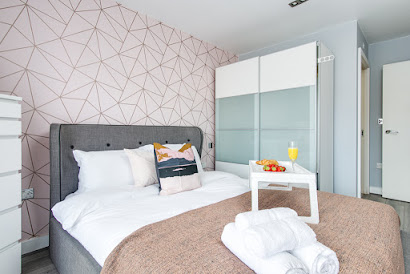 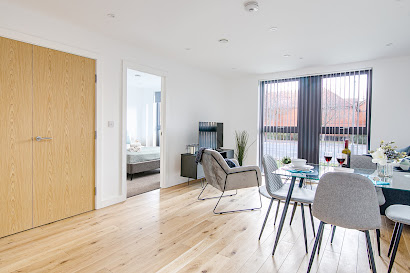 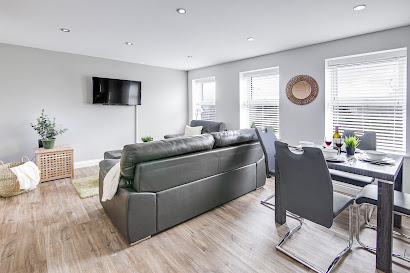 Things to know before booking serviced apartments in Birmingham

Where to Stay in Birmingham

Birmingham is the second-largest city in the UK and interestingly, The New York Times once placed Birmingham in their top 20 places to visit, which means no matter which place or area the visitors plan to stay, they will never be disappointed with the choice. The city offers a contrasting experience for the tourists with its red-brick Victorian buildings and swanky restaurants and spacious shopping malls.

The top places to stay in Birmingham include:

Since the city is located in the centre of the UK, it has an excellent transport link that makes it easy to visit other cities and towns.

Birmingham has lots to offer visitors due to its cosmopolitan nature. The old-world charm and the new entities make this city a fusion centre for people from every walk of life. The charm of Birmingham leaves the visitors hungry to know more about this world city.

Here are several facts about Birmingham for visitors to know before packing the bags:

A few more trivial facts include:

Things to Do in Birmingham

Like any major city in Europe, Birmingham has much to offer travellers in terms of its attractions and experiences. Whether it’s the museums or the likes of the Sea Life Centre, there is enough for all ages to be entertained and happy while exploring the many delights of the city.

What are the most popular things to see in Birmingham?

These are the top 10 attractions in Birmingham:

What are some free things to do in Birmingham?

Here are 10 free things to do in Birmingham:

Where should you spend your nights in Birmingham?

This is where the guests need to spend their night in Birmingham:

Places to Visit in Birmingham

Birmingham is a city that is rich in culture, filled with ancient architectures, historical sites, restaurants, bars and parks that make every stay worthwhile.

Places to Eat in Birmingham

Birmingham is a place for foodies, as the city continuously lands on national lists of best food destination in the world. It is indeed true that as a city grows, more restaurants are incorporated and many fall into the category of ‘must-try items’.

What foods should visitors try in Birmingham?

What are the best restaurants in Birmingham?

Birmingham offers many of the best restaurants, and here are the top 10 that have to be checked out:

What are the top posh restaurants in Birmingham?

Here are the top posh restaurants in Birmingham:

What are Birmingham’s cheaper dining options?

When visitors need to save a bit of money, they should consider these cheap places to eat in Birmingham:

As a place gains popularity, it becomes a tourist destination and food becomes a necessity. Eating to fill the stomach is so passé, people now throng street foods for quick bites and to ease their appetite.

Here are the best street food options to try out in Birmingham:

Any place that offers a shopping facility is a paradise for shoppers. Birmingham never fails to impress any tourists when it comes to shopping, and few centres like Bullring & Grand Central, Mailbox Birmingham and the Jewellery Quarter are a must-visit.

Here are the best shopping places to spend on the best-valued materials in Birmingham:

Birmingham is located in the central of the UK, and this is a major transport hub on the motorway, air, rail, and canal networks. The canal system has been a major part of transport since the Industrial Revolution, however, with changing times, this system is used only for leisure purposes and as an attraction for tourists.

Transport for West Midlands co-ordinates the local public transport network that includes both buses and railways. Travelling in Birmingham is not a great deal, as the pedestal way is more preferred due to the compact nature of the city, and if there is a little distance then there are many public means of transport that the traveller can hop on to get to the destination.

The maritime climate of Birmingham makes the city a typical UK city where the summers are warm and winters cold. This city gets a good amount of snowfall. On an interesting note, Birmingham witnesses tornadoes that can be mild to severe (but given the infrequent nature of this, this isn’t anything to worry about). In the summer, it also becomes fairly hot, with only a minor difference between it and the boiling temperatures of London.