10 Facts and 10 Paintings of The Louvre

When considering the best places to stay in Paris, the area around The Louvre is bound to be near the top of a lot of people’s lists.

If you are an art lover it has to be one of the most exciting places to visit. Staying close to it is essential as in order to see everything it has to offer you are more than likely going to need to make multiple visits. Its size and the constant crowds make it difficult to see much in a day.

Whilst everybody has heard of The Louvre, many won’t know too much about it. Some might only know it as the home of the infamous Mona Lisa. Here are ten facts about The Louvre, followed by ten famous paintings you can see there. 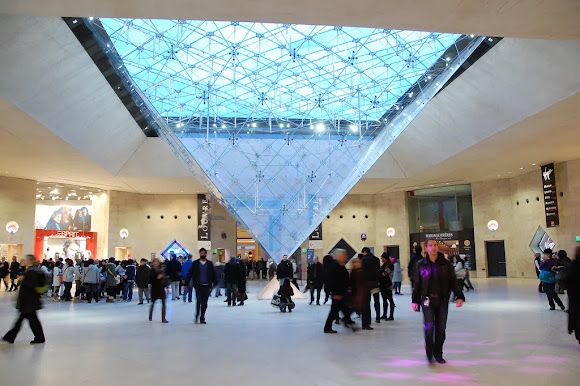 10 Facts about The Louvre

1. It used to be a fortress. It was built in 1190 to protect Paris and then it was turned into the residence of the French Royal Family. They then moved out to the Palace of Versailles in 1793 and The Louvre then became the museum we know today. Albeit with just 537 paintings.

2. It’s the largest museum in the world. We frequently talk about the fact that you need a few days to wander around it but that, quite frankly, is understating it. If you spent just 30 seconds looking at every piece in the museum it would still take you 100 days to see them all!

3. It was once known at Musée Napoleon. The infamous military leader vastly expanded the collection from pieces he acquired during his exploits. When he was beaten, however, the pieces were returned to their original owners.

4. It’s haunted. Being as old as it is, it isn’t surprising that The Louvre has supposedly picked up some spooky visitors over the years. The most famous of these is Belphegor, a mummy who’s thought to roam the corridors.

5. The Louvre has a twin. Opening in 2017, The Louvre Abu Dhabi is the largest museum to be found across the Arabian peninsula. It’s a joint project between France and Abu Dhabi which aims to bring together Western and Eastern art.

7. During the Second World War, The Louvre was used in a loose artistic capacity by the Nazis. They used it as a place in which to store their stolen works of art.

8. The Louvre’s famous glass pyramid is actually one of four. It is also a fairly new addition, controversially being added in 1989. The 21-metre high glass structure is now an iconic sight in itself.

9. The Louvre has its own app. Launched in 2016 it helps users navigate the huge museum. Its most popular function? Providing users with a way out, not always easy to find!

10. Nobody really knows how The Louvre got its name. The most common theory is that it comes from the French 'lauern’, meaning watchtower. A nod to its first incarnation as a fortress.

10 Paintings Hanging in The Louvre

1. The Mona Lisa - Leonardo da Vinci. Not only the most famous painting in The Louvre but arguably the most famous work of art in the world. A painting of a mysterious woman who some modern day scholars believe to be named Lisa Gioconda. What strikes most people about this painting is its small size in comparison to others. It’s only the size of an A2 piece of paper.

2. Death of the Virgin - Caravaggio. Famed for his paintings of saints displaying human emotions, this piece is striking for its depiction of red fabric in the scene.

3. The Raft of the Medusa - Théodore Géricault. Compare the size of this to the Mona Lisa, it’s a whopping 7 metres by 5 metres. It depicts a shipwreck which shows how savage men can be when put under extreme pressure.

4. The Valpinçon Bather - Jean Auguste Ingres. You may not have heard of this painting but you’ll certainly recognise it. It’s the go to reference painting to anyone trying to depict flesh. Nude female paintings are still influenced by it today.

5. Liberty Leading the People - Eugène Delacroix. The unofficial national painting of France. Worth seeing for that reason alone, dramatic patriotism at its finest.

6. The Coronation of Napoleon - Jacques-Louis David. A huge painting and one that is particularly significant as it was commissioned by the man in the title himself.

7. Grande Odalisque - Jean Auguste Ingres. Another picture of a naked woman by the specialist in the field, Ingres. However, this one is a little more controversial, especially in the current climate. A romantic ideal of Eastern sexuality, the lady has been painted with extra vertebrae, to apparently make her more desirable to men. Ingres would not fit in well in 2019…

8. Venus with Three Graces - Botticelli. A fantastic example of fresco painting from the late 1400s. Fresco is an art form where the artist paints on freshly applied plaster, making the picture a permanent feature of a wall.

9. Nymph and Satyr - Jean-Antoine Watteau. A painting depicting opposites. One figure is dark, the other is light, one is masculine, one is feminine, one is asleep the other awake.

10. Bathsheba at Her Bath - Rembrandt. Considered the greatest nude picture that Rembrandt ever painted. The lady is not depicted as desirable but more as a victim, as King David has her bathed before he seduces her.