10 Fun Things to Do in London 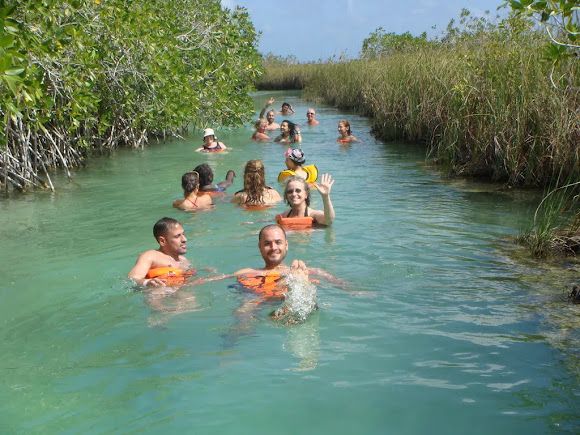 There are of course the main sights, the ones you have to see. Things like the Houses of Parliament & Big Ben, the London Eye big wheel, Buckingham Palace, Tower Bridge and the nearby Tower of London.

Nobody who goes to London on holiday can’t really be forgiven for missing any of these icons. They are amazing attractions and unless people come back with a photo of themselves with said icon in the background, there is always the chance that people won’t believe they ever went to London.

However, London isn’t all about iconic buildings, royalty and pomp and ceremony. Although it has to be said that it does all three of these things rather well.

London is also all about the quirky and the alternative. It may be a city steeped in history and tradition, but a city can’t be around for this long without developing a little quirkiness.

Nowadays it is also one of the most multicultural cities in the world which brings a whole host of new and exciting attractions and must sees.

London also has the benefit of having fun things that appeal to everyone, whatever the size and make up of the group. Individuals, couples, friends, colleagues or even stag and hen parties can all find something to do in the city.

Here are examples of some of the most fun things to do in London.

British comedians are legendary and are rightly lauded as some of the funniest people in the world. There is always a big comedic name appearing somewhere in London, but for a truly authentic comedy night it’s worth trying some of the smaller comedy clubs to see some of the up and coming performers.

The Comedy Store in Soho is arguably the most well-known comedy club in London. It is certainly one of the oldest and easily one of the biggest clubs of its kind to be found anywhere in the world.

Alternatively, the Angel Comedy Club gives free entry every day of the week and has plenty of new talent as well as award-winning comedians.

Clay Pigeon Shooting on the River

One of those activities that’s great for stag or hen dos and also for corporate days out.

The pickup point is City Pier and from there the group is taken, by boat, down the iconic River Thames to a place that is slightly less populated!

After that, the boat moors up and there’s a day of shooting to be had, after some vital instructions of course. At the end of the day, a late lunch is served to the group before the boat heads back up river for the drop off.

Sailing down the Thames needn’t be the serene sightseeing experience that most people picture. There are other white-knuckle options that are guaranteed to get the heart pumping and the clothes wet!

Not many Londoners would have experienced hurtling down the Thames at break neck speed on a fast boat. It’s just not the done thing. Most boat rides down the Thames involve a photo op outside the Houses of Parliament before having a spot of lunch.

This one will still show you the Houses of Parliament, the Thames Barrier and the Canary Wharf end of London, only at a much faster speed.

The O2 started out in life as the Millennium Dome. A huge tent erected to celebrate the year 2000 and after the event was considered to be something of a white elephant.

However, it then reinvented itself as one of the UK’s premier concert and event venues and the rest is history.

If there’s something of interest on at the time, then it’s well worth going. These are some of the most comfortable concert seats available anywhere. If not, then it’s still a place that’s worth a visit.

The dome is also home to loads of bars and restaurants, open for every meal of the day. There’s also a cinema here too, plus a Sky studio where people can experience football, formula 1 or cricket from the point of view of a Sky Sports commentator.

The braver members of the party can also walk over the top of the O2 itself! There’s a 380-metre walkway leading up to the top, which has some fantastic views of the surrounding area.

The world’s most well-known playwright was famously an Englishman. William Shakespeare wrote some of his best work in the capital and it was performed by his company in the legendary Globe Theatre, which was originally built back in 1599.

The Globe theatre that can be seen today is just 230m along the river and is an almost exact replica of the original building.

There are tours available around the theatre but the only way to see it come truly alive is during a show. It doesn’t matter if the Bard isn’t your thing, seeing a show at The Globe in the same way it would have been seen hundreds of years before is magical to anyone who visits.

One of the strangest yet most exhilarating activities to undertake in London is this, the longest enclosed slide in the world.

It was originally a piece of artwork created for the London Olympics in 2012. Since then it’s had a huge slide added to its 178m height. So not only does it provide a completely unique view of London from its east side, it also has a thrilling 40 second ride down that will never be forgotten.

Something else that was specially created for the 2012 Olympics and another activity that is likely to leave anyone brave enough to do it totally soaked.

It’s wild water rafting in a capital city and it has experiences suitable for the inexperienced and the experts alike.

Take in the View from The Shard

In terms of iconic buildings in London, The Shard is a relative newcomer. It joined the London skyline when it was opened at the beginning of 2013 and it made quite an impact, being the tallest building in the European Union and all that.

As the tallest building on a continent you might expect to get quite a view from the top of it, and you’d be right. There are viewing platforms on levels 68, 69 and 72 which give a 360° view of London the like of which has never been seen before. On a clear day the view can stretch for as long as forty miles and sunsets are quite spectacular and highly recommended.

Of course, The Shard offers its visitors much more than a view. There’s restaurants, bars and a hotel as you would expect. But there’s also regular yoga classes and a silent disco every week, which you might not.

One of the more quirky areas of London that is often missed. This is the kind of place that gives visitors more of a feel of real London. Or at least the real London that is depicted in famous films. The film ‘Notting Hill’, for example.

Aside from the film the area is also famous for the carnival that takes place there every August Bank Holiday. For anyone not in town in August, there’s plenty else besides. Portobello Road market, for example, is renowned for antiques and unique clothing as well as fruit and vegetables.

If it’s all about the film then don’t worry, the infamous blue door is still there and very much a popular photo point for tourists.

London is of course the home of Harry Potter and there aren’t many better places in the world to visit for Potter fans than The Making of Harry Potter Studio Tour in the North of London. Almost every prop can be seen here as well as some of the famous filming locations.

However, some of the action was actually filmed in and around the city itself and these locations are covered by some of the dedicated walking tours.

The entrance to the Leaky Cauldron is one of the stops, as is the Ministry of Magic. In fact the tour will take participants all over Central London as it seeks out all of the well-known back drops. It will even go to Kings Cross Station for a photo op at the famous Platform 9¾ (though true Potter fans will know that the external shots were actually of the far more photogenic St Pancras Station, just across the road).