The only way to truly appreciate a city as great as London is to live or stay there. It doesn’t matter on the length of time that a person stays, as long as they give themselves time to experience what the city has to offer as a resident of it.

Some things just can’t be appreciated by a quick bus tour around the picture postcard landmarks.

Some parts of London are, of course, ideally located for a great many of the attractions. Staying in Westminster, for example, is of course perfect for anyone wanting that picture of the Houses of Parliament and Big Ben.

However, some neighbourhoods in London are just more suited as places to stay. It might be that they are close to attractions or work, that they are eerily quiet or constantly busy with a throng of people walking through the streets at all hours.

The truth is, the best place in London to stay is down to the individual. Everybody is visiting London for their own specific reasons, the ideal accommodation and its location are going to be different for everyone. Some people like it quiet, some people like it busy.

Here are some of the best neighbourhoods to stay in London and why.

The town of Greenwich sits on the often forgotten south of the river Thames in a London Borough that bears the same name. The borough itself also encompasses other major South London towns including Plumstead, Charlton, Blackheath and Woolwich.

The town of Greenwich is actually quite small and has more of an old London town feel than many of the places north of the river and in the City.

The main attraction of Greenwich is Greenwich Park which itself is home to a number of other attractions including the Observatory, the Cutty Sark and the National Maritime Museum.

The park itself is beautiful with trees, playgrounds, tennis courts, boating lake and a deer reserve.

The houses and apartments that surround the park are some of the most expensive to be found in the area.

Greenwich has a family vibe to it and is also home to a number of young professionals and other commuters into the City. There will also be a number of students at all times as Greenwich University is nearby.

For anyone who likes nightlife, Greenwich probably isn’t the place for them. There are a handful of pubs and bars, some of which are nice on weekend daytimes but most get quieter in the evenings.

Greenwich also lacks a large range of shops and restaurants as most of the shops in the town centre are aimed squarely at tourists. However, supermarkets and better quality eateries are not far away.

The rise and rise of Shoreditch has been phenomenal. A little over a decade ago it was a place where struggling artistic types could live close to Central London for a relatively cheap price. Now, having become one of the central points of the art world, that has all changed.

There are a few hipster types who obviously fund their jaunts through the local bars on a trust fund, but at this stage they are still a small percentage and the area at this time still retains at least some authenticity of character. The bars, galleries, pop up parties and fabulous eateries aren’t always obvious and are often hidden away in some industrial or ex-local authority housing area.

The Shoreditch community, as it is, is truly international. There is a long established Bangladeshi and Pakistani community, visibly represented in the famous Brick Lane area which is nearby. There’s plenty of Eastern European representation too as well as Americans.

There are still plenty of traditional East Londoners in the area who blend in with the more trendy international scene, but gentrification does risk losing the traditional residents as has happened in places like Notting Hill.

Art is the principal area of entertainment here and the south side of Hoxton’s Square is one area that frequently hosts large scale international art events.

The art scene has brought with it a lively bar and restaurant scene. In previous years new bars and restaurants were opening up nearly every week, many taking over some of the run down housing stock that Shoreditch was previously known for.

Brick Lane has lost some of its curry houses to boutique shops but is generally still a place to go for some seriously good Asian food. Other streets in the area are literally bar after boutique shop after trendy restaurant, repeat, repeat.

Shoreditch has unrivalled transportation links with two tube stations and numerous bus routes taking people to every corner of London.

This is another area of London which in the past has been considered one of the less desirable places to live in the capital. However, that has changed very quickly as people realise just how well located Finsbury Park is, especially for those who want to work in places like Islington or the City.

The area is largely residential and is made up mostly of rows of Victorian style terraced houses. It’s ethnically diverse, full of young professionals and the sheer amount of green open spaces has made it more and more popular with young families in recent years.

There are scores of pubs but not much else of what people would call ‘nightlife’. The pubs range from old traditional ‘boozers’ to modern family friendly gastro pubs. The home ground of Arsenal Football Club is a ten minute walk away from Finsbury Park station so be prepared for a large influx of people to the local pubs on match day.

For eating out the place to head to is Stroud Green Road, famed for offering any cuisine anybody could possibly fancy!

The actual Finsbury Park is 110 acres and is great for active people. It has a running track, tennis courts and an indoor and outdoor gym. There are also children’s play areas, a cafe and routes for walking and cycling.

Finsbury Park station has two tube lines running through it as well as a national rail service. Night buses also ensure that access to Central London is given 24/7.

Camden is a London Borough and Camden Town lies within the middle of it.

Camden is often considered a part of London where literally all aspects of human life can be found. It’s multi-cultural, plenty of recent immigrants reside here from all corners of the world, there’s plenty of students too as the rents in some areas are very competitive. Goths, punks and indie kids are also drawn to this fashionable area.

However, there are also plenty of young, rich people, arty types and even the odd celebrity popping up in a restaurant or bar on occasion. It certainly is one of the most eclectic parts of London and a fascinating neighbourhood to be a part of.

The bars and pubs here are loud and lively, Camden Town is not the place for a quiet pint, this can be found in many of the pubs slightly further afield.

Hampstead Heath is a popular green open space but is not so much of a park in the common sense of the word. At least, it’s not like many of the other parks to be found in London. It is, however, an oasis of beautiful countryside with a rich array of wildlife and even a zoo.

There’s plenty of sporting opportunities too with an athletic track a lido and three outdoor ponds that people can swim in all year round.

Camden Market is well worth a visit and plenty of top quality street food is available nearby. There are also plenty of shops and supermarkets serving the local community.

Camden Town Station is joined by Chalk Farm, Mornington Crescent and Kentish Town stations in linking the area to other parts of London by tube. There are also plenty of bus routes too.

However, the best way to travel out of Camden is by bike, the Grand Union Canal provides an excellent cycle path into Central London.

Very well connected to Central London, this area has so much more to offer than an annual tennis tournament. Every type of housing is available here, from millionaire’s mansions and apartments in Wimbledon Village to housing estates and maisonettes nearby.

On the whole Wimbledon is considered one of the most desirable places to live in London.

The area is very much made up of young professionals and has a number of cultures settled there, including a bafflingly large number of South Africans, New Zealanders and Australians. It’s one of London’s great mysteries as to why people of these nationalities choose to populate West rather than East London on their travels, but it does make for a lively nightlife in the Wimbledon area.

There are plenty of bars and clubs from British traditional to swanky wine bars, weekend nights in Wimbledon are certainly exciting but it does have a quiet feel during the week.

Aside from bars and clubs, other entertainment is also available with swimming pools, gyms, theatres and cinemas aplenty.

There are loads of shops and restaurants to choose from and the famous Wimbledon Common provides the natural attraction. The beautiful green area also has tennis courts, playing fields, water sports and golf for those who can’s sit still.

Wimbledon provides excellent access to Waterloo and Clapham Junction stations and from there it’s possible to get just about anywhere. Night buses give a twenty four hour service into Central London too. 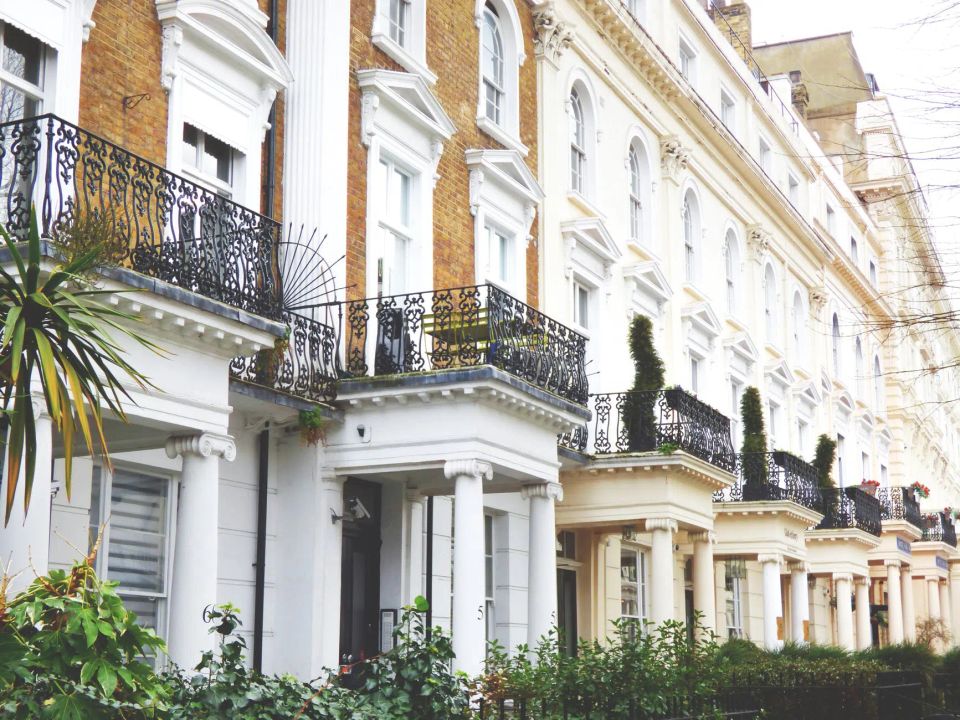 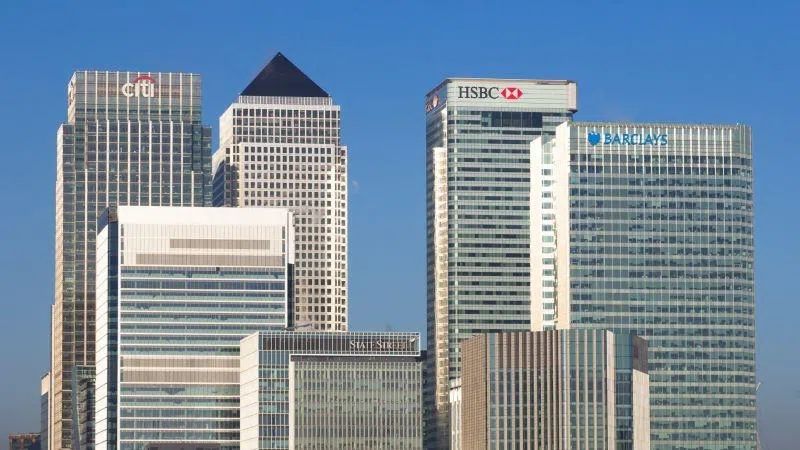