8 Reasons to Visit Newcastle on Weekends

If you’re thinking about cities to visit in the UK for a weekend away then you’re always going to be spoilt for choice. Even setting London aside you’ve still got fascinating places to see in every corner of the islands, from Bristol to Belfast, Manchester and Liverpool to Birmingham, and Norwich to Brighton as a few examples.

If you’re venturing into the North East of England then Newcastle is bound to feature highly on your list, being the unofficial capital of the North East as it is.

However, you’re tired of reading articles about ‘Places to Visit in Newcastle’. You want to be given a reason to visit, or several reasons if you’re being honest! Here are some of Newcastle’s best reasons. 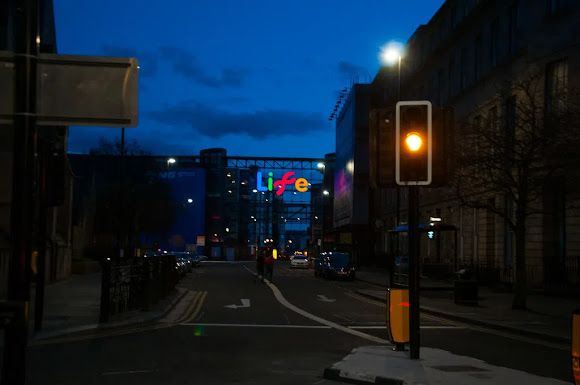 The very top of the list in terms of Newcastle activities for adults. Newcastle is a university town and as such is literally heaving with bars, pubs and clubs. Even if you’ve sorted your accommodation in Newcastle upon Tyne in all likelihood you’ll barely get to use it, as you’ll be spending most of the night partying.

Florita’s cocktail bar, The Cluny and The Bridge Tavern are must visits, as is The Tyne Bar, one of the most secret places in Newcastle tucked away inside the arches of Glasshouse Bridge.

Newcastle is a small city, if you’ve been to London and you’re comparing the two then it is in fact tiny. You can practically walk across it in about a quarter of an hour.

This means that all of the activities (and bars) are very close together, no tubes or buses to get from one place to another.

You’ll be surprised just how much we have to thank Newcastle and its citizens for. The first steam train was developed by a chap from Newcastle, that alone has helped develop the world beyond recognition. The coal that powered it was dug up here too!

The first electric light bulb was developed in the city and the city’s Metro system was the first light modern railway in Britain.

In modern times the first pelvis created from 3D printing techniques was made here.

As you’d expect from a city as fun loving as Newcastle there’s always something going on. There’s a Newcastle Fashion Week which rivals London’s more famous show. There’s open air cinema in the summer as well as a Restaurant Week.

If you don’t believe Newcastle is rated highly for its food then think again. There are more restaurants per square mile here than in any other place in the North of England.

Culture in the UK isn’t just reserved for those there Southerners. There’s loads of it in Newcastle. If you’re looking for things for couples to do in Newcastle then having a tour round the many museums and galleries is a great option. As is a night out at the theatre or at a concert.

The Baltic art gallery is a former venue for the Turner Prize ceremony and The Biscuit Factory (an art gallery, honestly), The Discovery Museum and The Great North Museum are great days out for families too.

The Theatre Royal is a beautiful Grade I listed building and the Metro Radio Arena and even St James’ Park are wonderful places for live music.

If you’re not a football fan the stadium is still hard to miss, being slap bang in the middle of the city.

Fans of ‘The Toon’ are passionate, lively and often found dressed in black and white stripes.

The beautiful part of the city. It’s busy and packed with bars and restaurants but if it’s sunny there’s still no better place to relax and watch the world go by.

You’re not trapped in the city. Getting out and about is easy and there’s so much to see around the city too.

The most famous landmark is obviously Hadran’s Wall. The North West frontier of the Roman Empire, stretching 73 miles from coast to coast with forts, museums and towns along the way.

There’s beaches near Newcastle too, beautiful beaches with amazing wildlife to spot, such as puffins and seals. When it’s sunny, these are some of the most beautiful places to behold in the British Isles. It is sunny sometimes, honest.

You can also take a day trip to the nearby city of Sunderland. Just make sure not to tell any Newcastle United fans you might meet…