A perfect London Christmas - What to do & Where to go?

If you think about your ideal Christmas backdrop it’s more than likely a scene that is covered in snow, children ice skating alongside snowmen and roasted chestnut sellers. More often than not it has the wintry backdrop of London in it too.

Unfortunately this isn’t London at Christmas, it’s an ideal made real by the genius of Charles Dickens, hammered home by many adaptations of his stories in books, films and plays.

The truth is it rarely snows in London at all, and if it does it’s more likely to be later on in the months of January and February.  However, this doesn’t mean that London isn’t still one of the best cities to celebrate the holiday season.  It is.  Here are some of the best things to do in London this Christmas. 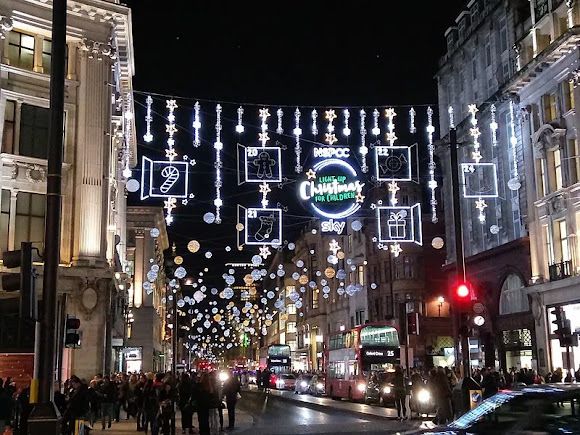 There aren’t many places in London, especially around the shopping and entertainment areas, that won’t be festooned with lights at Christmas time.  But there are some places more special than others.

The Oxford Street Christmas lights have been an attraction for the last sixty years and every year it seems to have got bigger and better.  Turned on by a celebrity of the day in early November, the switch on itself attracts over a million onlookers.

Around the corner you can see a smaller, but perhaps even more ostentatious light display in the ever so fashionable Carnaby Street.  These lights are certainly guaranteed to be as distinctive as the fashion in the shops below them. 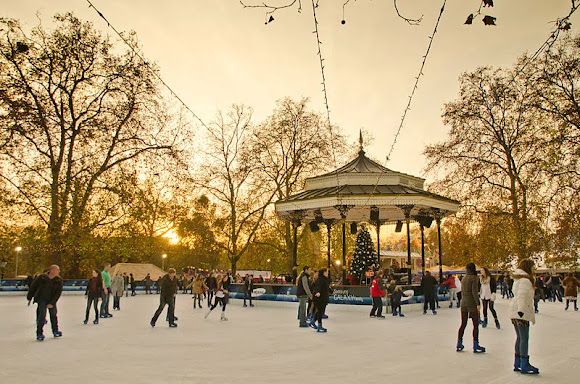 Ice skating in London at Christmas is a fairly recent phenomenon, and no it’s not across the Thames as Dickens would have you believe. Instead it takes place at some of London’s most iconic buildings and attractions.

Of all of these the front of the Natural History Museum is perhaps the most enchanting and with the most beautiful backdrop.  Edged by fairy light laden trees with a large Christmas tree in the middle, this has quickly turned into a classic London Christmas event. 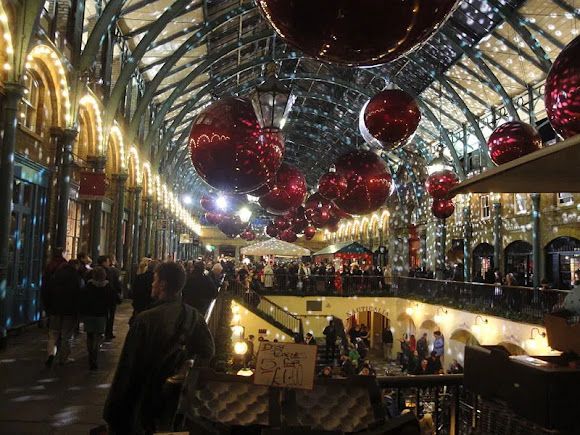 Of all of these the Winter Wonderland of Hyde Park is the best known, as well as being on a massive scale.  You’ll wonder round to the sound of Christmas songs while handmade gifts, decorations and sweets glitter proudly from the endless wooden huts.

There’s also fairground rides, ice skating, food, ice sculptures, a Christmas Circus and a giant observation wheel.  If you’ve got enough energy at the end of the day there’s also plenty of themed bars dotted about the place.

If you haven’t got the energy then you can always go back to your luxury accommodation in London, presuming you’ve booked a serviced apartment from thesqua.re of course?