Best Neighbourhoods in Amsterdam for Business

Amsterdam has always been what you would call bustling. Whether that be with weekend party people or midweek commerce, the city is a multicultural melting pot with beautiful canal side views and a magnificent history.

The neighbourhoods that make up Amsterdam and the towns and cities that surround it are just as diverse as Amsterdam itself and are open for your discovery. Here are a few examples. 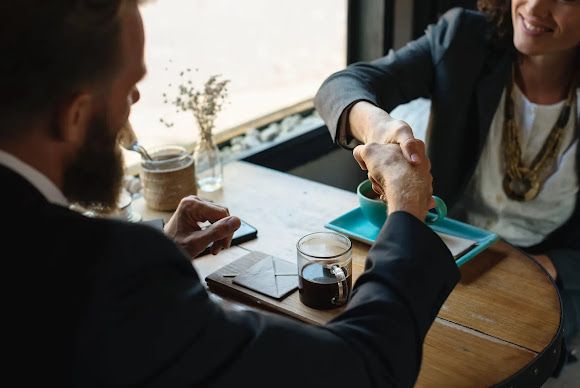 One of the most important features of this part of the Netherlands is the Amstel River. This has played a vital role over the centuries connecting Amsterdam with the rest of the Netherlands. Amstelveen completely owes its existence to the river.

The river helped the city grow into the lively place it is today. It’s a city of fun with plenty to do in for recreation. As well as bars, shopping and regular events, you can also enjoy museums, vineyards and even a cheese and clog factory.

Amstelveen apartments to rent are highly sought after. People are always keen to live in the second greenest city in the country.

If you are an artist or just simply see yourself as young and hip, then the chances are you’ve already found yourself hanging out at NDSM Wharf.

In the past, it was a busy shipyard on the River IJ in the north of Amsterdam. Nowadays it has been transformed into a cultural hotspot which continues to grow both in size and popularity.

There’s a vibrant artist community here who fill the bars and trendy restaurants most nights of the week. NDSM Wharf is also the location for many outdoor events in the city, including festivals, exhibitions and just simple, down to earth parties!

Gentrification may have taken place at an alarming rate, but that doesn’t stop the area remaining home to radical politics, speciality shops and a general all round great atmosphere.

There are many things that Jordaan is famous for, but being the location of the Anne Frank house is probably the most well known.

Amsterdam is known for its art, and if art is one of the reasons for your visit then Oud-Zuit is a great place to be. It is home to some of the best art museums in the world as well as being an incredibly well to do place to live and work.

The streets are tree lined, the buildings are in beautiful red brick and the roads are clean. This is a beautiful neighbourhood but also fairly expensive, as the boutique shops that call it home suggest.

One of the best things about Our-Zuid is the contrast. You can be in the hustle and bustle of Museumplein one minute, and in the tranquility of Willems Park the next.

If at any time during your visit you find yourself at Central Station, take yourself round the back to see the stretch of water known as the IJ. Directly over the water, you’ll see what is known as Amsterdam Noord.

Noord is probably the place with the biggest contrast in Amsterdam. On the one hand, you’ll be able to enjoy vast open green spaces, on the other hand, you’ll have stunningly modern and award-winning architectural structures. On your third hand (if you have one) you’ll see lots of quaint little villages.

There are waterside bars, restaurants and general hangouts. This is a particularly stylish place to live and work.

If you ever find a reason to leave, you’ll find a ferry ride back to Central Station is only a few minutes long.

If you came to Amsterdam with an image of windmills, canals and clogs in your mind and you found yourself dropped into the middle of Zuidoost you’d be in for a shock.

Zuidoost is a world away from traditional Amsterdam with its gleaming silver and glass office buildings but it’s one that should definitely be experienced.

If you’re going to a large scale event while you’re in the city then the chances are you’ll come here with it being the home of some of Amsterdam’s largest arenas. The Johan Cruijff arena, home of the mighty Ajax, is just one of them.