Dhaka is one of the most vibrant and culturally enriched cities worldwide. The city has close to 17 million people with a plethora of attractions and unlimited possibilities for travelers. Finding places to visit in Dhaka is not a difficult task at all, considering the bustling street markets, lovely gardens and parks, charming river cruises and lip-smacking cuisines.

In fact, even the rickshaw-rides through impossibly narrow lanes are exciting in themselves. Dhaka City is also one of the best places to witness scintillating dance and music performances. There are beautiful mosques and temples dotting the city along with other architectural marvels too.

One of the top tourist places in Dhaka, the National Parliament Building or
Jatiya Sangsad Bhaban was designed by noted American planner and Professor at Yale University, Louis I. Kahn. One of the world’s most noteworthy architectural landmarks, it was originally intended as the second seat of the Bangladesh Parliament. 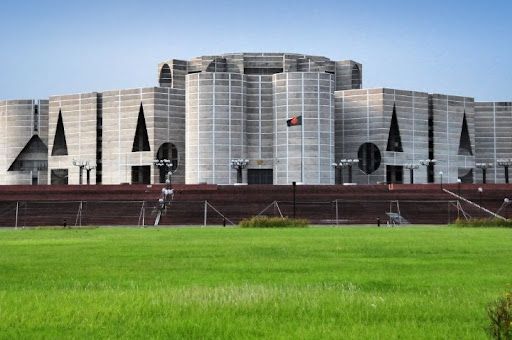 Although work commenced before 1964 on this landmark, there was a delay owing to the Bangladeshi War of Independence. The structure was finally completed in the year 1982. It is a great place to visit for tourists who love their history and architecture alike.

One of the most fascinating Dhaka tourist spots, the Armenian Church is named after the Armenian community that started living at Armanitola from the 17th century onwards.

The church offers a serene ambience along with architectural splendor and a nostalgic vibe to say the least. 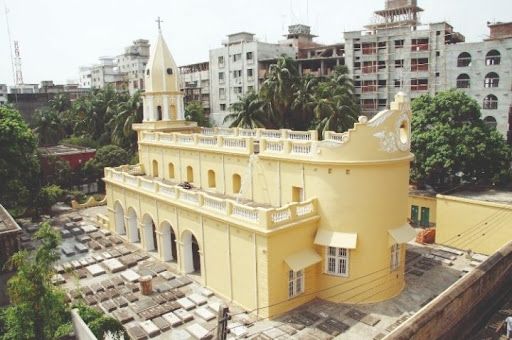 Looking for interesting tourist attraction near Dhaka? The Lalbag Fort (Fort Aurangabad) is an ancient landmark dating back to the 17th century Mughal rulers. It was started by Prince Mohammed Azam and ultimately given to Shaista Khan, the legislative authority of Dhaka for completion. 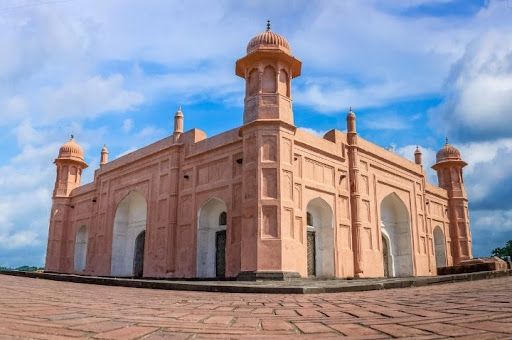 However, she did not complete this task owing to the demise of Pari Bibi, her little girl, whose tomb still remains within this landmark. There is a charming gallery inside, displaying artwork and calligraphy dating back to the Mughal era along with guns and swords that were used by the kings at that time.

One of the unanimously popular places to visit in Dhaka is Ahsan Manzil near the Sadharghat Boat Terminal. One of the wealthiest men of the city, Nawab Abdul Gani, constructed this main residence called Ahsan Manzil. 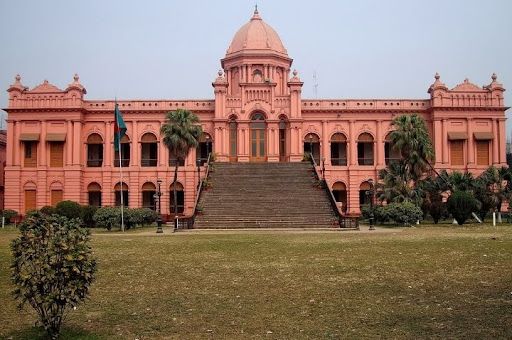 It was built in 1872 on the site of a previous French factory and some portions were destroyed by a storm around 16 years after completion. It was subsequently rebuilt and major changes were made to expand the premises. This is one of the most photogenic attractions in Dhaka City.

Tourist places in Dhaka do not get better than this one! This ancient and legendary temple shares its name with the city. Ballalsena or Mangat Ray, the renowned kin of Shri Sudhama (son of Arakanese King Raja Malhana), or Husen Shah, built this iconic temple. This is the hub for Hindu rituals and gatherings in Dhaka City. 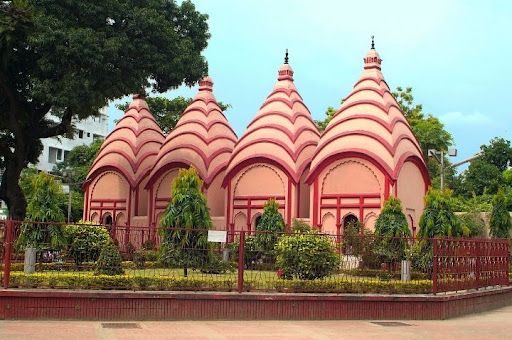 Another tourist attraction unlike any other, the Khan Mohammad Mridha Mosque was founded in 1706. This lies in proximity to Lalbag Fort, offering a raised area with 25 steps.

You will find three uniquely designed mosques along with impeccably pinpointed minarets at each corner and a rectangular rooftop. Architecture lovers will certainly fall in love with this stunning mosque. 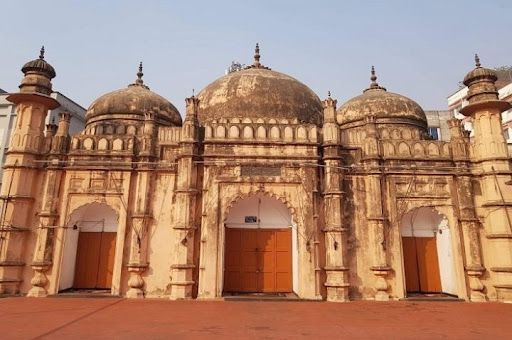 Another one of Dhaka’s major attractions, this one lies in old Dhaka. The Star Mosque was built by the Mughal rulers in the mid-18th century, lending it a distinct architectural and cultural flavor. This is one of Dhaka’s most visited tourist landmarks today. 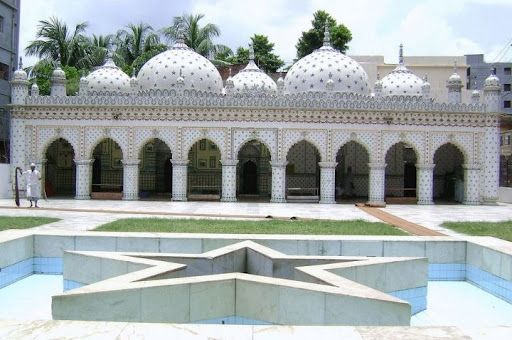 The mosque has undergone changes and extensive customization in future years although Mughal architectural influences still remain in many ways. The mosaic decoration deserves special mention.

Photography enthusiasts will definitely love a visit to this wonderful Port. This offers a real feel of Dhaka City. Sadharghat River Port is a dynamic zone, bustling and chaotic, with more than 30,000 travelers landing here on a daily basis. 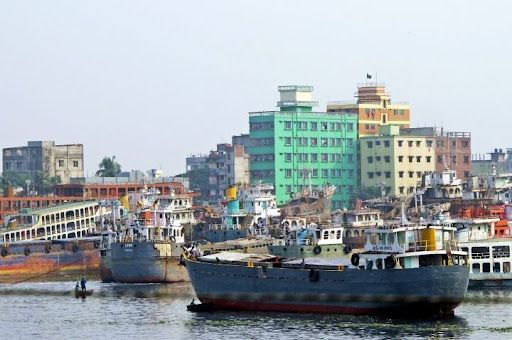 It is one of the world’s biggest Riverine ports while lying at the central point of Southern Bangladesh. A trip to Dhaka City is incomplete without venturing to Sadharghat.

Another photographers’ delight, Kawran Bazar is the biggest wholesale market in all of Dhaka City. It offers several attractions and activities for travelers.

Trading usually begins from 9 AM and there are shops selling almost everything under the sun! This is another place to embrace the real feel of Dhaka. 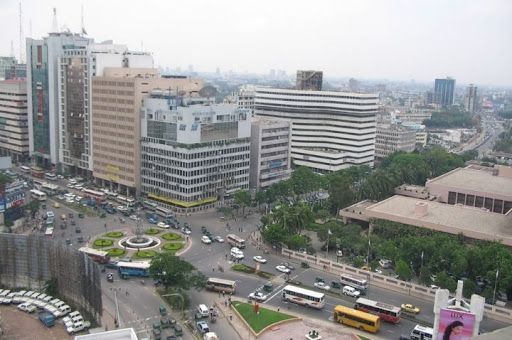 Architecture connoisseurs and history lovers will also appreciate a trip to the Bait Ur Rouf Mosque in the city. It has won the Aga Khan Award for Architecture and will dazzle visitors with its spectacular designs and architectural touches. 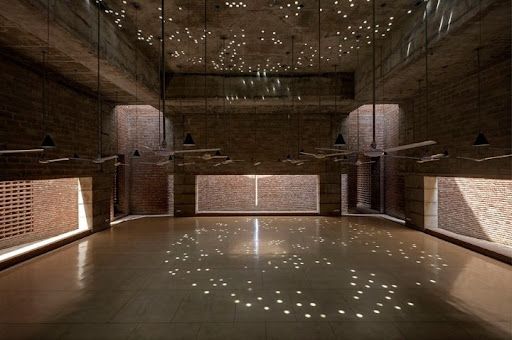 Planned by the engineer Marina Tabassum, it lies to the far west of the city. The usual components of mosques like minarets and arches are not provided here, making it a really unique attraction. The brick walls glitter in sunlight while the Sultanate mosque architectural design styles peek out from every corner.

There is beautiful natural air circulation, ensuring that temperatures stay low in the prayer room as well. The overall effect is splendid without a doubt.

This is one of the museums that you should visit in Dhaka City without fail. This will give you a unique glimpse into the history of Bangladesh, its unique struggle for freedom and cultural legacies that arose out of the historic Liberation War. 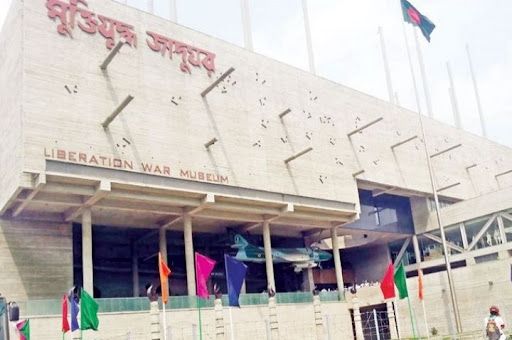 This museum highlights the Bangladesh Liberation War of the year 1971, which finally gave autonomy to Bangladesh from Pakistan. This is one of the most unique attractions worth visiting in Dhaka City. The 9-month war witnessed a devastating attack by the Pakistan Army and the eventual victory of Bangladesh has been illuminated through rare documents, artifacts and more.

While exploring Dhaka, you will come across this wonderful landmark that stands as a tribute to the history of the country and how it achieved its freedom.

These are the 11 must visit attractions in Dhaka City. While you are here, do not forget to try the famous culinary delights that abound on every street corner. Now that you know of the key landmarks in the city, plan your itinerary and book your serviced apartments in Dhaka right away. Find options located near major attractions and you will be set for a memorable trip ahead! 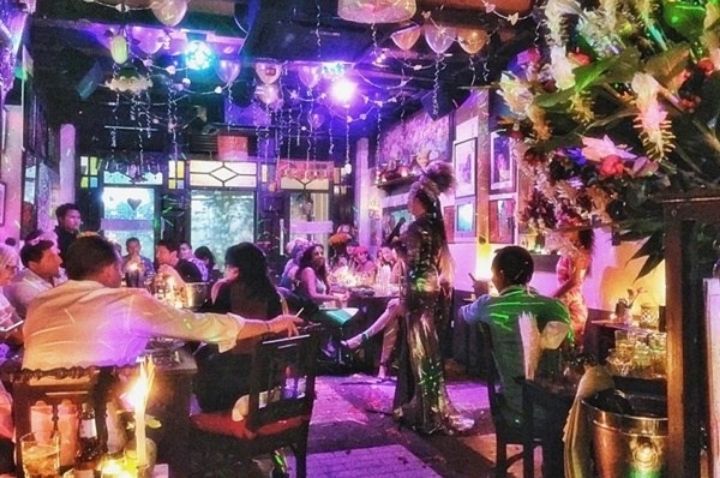 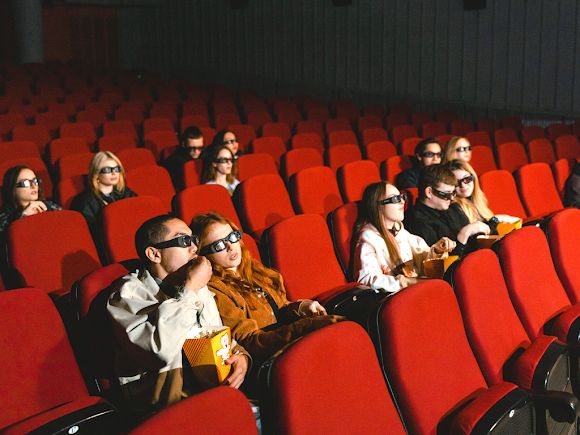 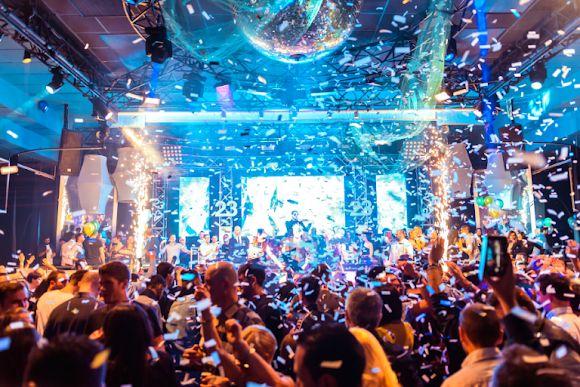