There’s something quintessentially English about cricket in the summer. The sound of leather on willow, immaculately pressed white uniforms, tea, champagne, strawberries, dashing back to the pavilion before the rain soaks you through.

Though a football obsessed nation, England is also the home of cricket, all over the country from April until October, cricket pitches are cut into village greens and parks and twenty-two people passionately run out onto precisely cut wickets.

If you’re a cricket fan, or if you want to know more about this sport, a sport that seems utterly bizarre to an outsider, then London is a great place to start. Not only does the capital and surrounding areas have plenty of cricket teams, it is the home of two of the stadiums where the international team play most frequently. 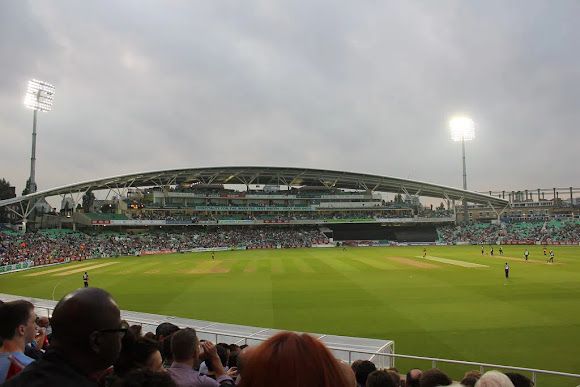 The spiritual home of world cricket.If you’re a cricket fan, you will definitely be making a point of visiting this iconic and sacred ground if you visit London. It is to cricket what Fenway Park is to baseball.

The home of Middlesex County cricket team, Marylebone Cricket Club, the England and Wales Cricket Board, the European Cricket Council and until 2005 it was also the headquarters of the International Cricket Council until it moved to a more neutral venue.

As well as being an iconic cricket ground, with its Victorian Pavilion and contrasting modern media centre, Lords is also home to the oldest sports museum in the world, the MCC Museum which contains the fabled Ashes urn.

Over one hundred test matches have been played at Lords and it continues to play host to two test matches every year. This year you can see England v Pakistan at the end of May and England v India from 9 August. A One-Day International will also be played against India in July.

England’s other London base is the unofficial home of the England Cricket Team’s famous fans, the ‘Barmy Army’.

The ground is situated in Kennington and in terms of county cricket it is the home of Surrey County Cricket Club and has been since it opened in 1845.It was the first ground in England to host an international cricket match back in 1880.

Bizarrely it can also boast to being the venue for England’s first ever international football match in 1870, and the ground where the first FA Cup Final was held in 1872.

The Oval is traditionally the venue where the England Cricket Team play their last Test Match of the season and 2018 is no exception. From 7-11 September they will play against the tourists of India.

The only other international being played at the stadium is England’s first One Day International of the season, a day/night game versus Australia.

London accommodation is usually not hard to come by as it is such a vast city. However, if you want an alternative to the usual, small and unpredictable B&B in London, then you might want to try luxury self catering apartments available from thesqua.re. In various locations throughout the city, they’re the perfect base from which to enjoy a day or five watching the game of gentlemen.