Easter Around the World

Easter is a holiday that is observed across the world, especially in countries with a large Christian population. It is the Christian religion’s most important and solemn celebration and marks the story of the death and resurrection of Christ.

Although the Christian elements remain the same in most countries, some places have their own spin on the holiday. Some have their own traditions which take place at this time, some of which have a connection to traditional Easter celebrations, others are completely far removed.

Here are a selection from around the world. 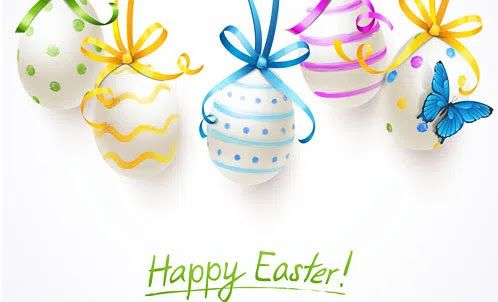 There’s a very strange tradition in England, which dates back to the Middle Ages, which once you’ve seen it you’re unlikely to forget!

Morris Dancing is a folk dance, traditionally performed by men who wear shorts, baggy shirts and strange hats. Not only that, they have bells attached to their arms and ankles, wave ribbons about and whack sticks together in time to the music.

As odd as it appears its purpose was originally to chase away the spirits of winter and bring good luck into the fairer seasons.

The tradition of the Easter bunny bringing Easter eggs to all the children is well known throughout the Western world. However, in France, this tale has a slight variation. Instead of a bunny bringing eggs, they are brought by Easter bells. Confused?

The egg tradition itself pre-dates the stories written for Christianity and have evolved from Pagan times. However, the French tradition has actually evolved from Catholicism.

The story goes that during this time the bells in churches are not rung to keep the occasion as somber as possible. Instead, the bells sprout wings, fly to Rome, get blessed by the pope and then return to France with chocolates for the kids.

In Verges, a town in the north east of Spain they celebrate Holy Thursday with a spectacular Death Dance. A procession of people dance through the town, dressed as skeletons and carrying a box of ashes.

In the south west of the country in Almadén de la Plata near Seville, they make straw dummies of celebrities which they place around the town before ‘capturing’ them and ripping them to pieces in the evening.

Christians make up a very small percentage of the population of India but Easter is still celebrated in pockets throughout the country, especially in the north east.

The main Easter events, however, are carnivals, processions, street dancing and live music.

Most Australians hate rabbits so you can understand why the Easter bunny is not a welcome visitor.

In the past campaigns have been launched to swap the Easter bunny with the Easter bilby. A bilby is an Australian animal which is a bit like a rabbit but is critically endangered, because of rabbits.

Aside from important bunny discussions, the Sydney Royal Easter Show is the largest yearly event in Australia. It has little to do with traditional Easter and sees rural Australians show off their skills and trades to urban Australians over a two week period.

In Italy, they enjoy the ‘Scoppio del Carro’, which bizarrely translates as the ‘Explosion of the Cart’. Intrigued? There’s not much to be intrigued about, it’s exactly how it sounds!

Every Easter, in Florence, an old wooden cart is packed with fireworks and then placed in front of the iconic Duomo. Then it’s lit. Believe it or not, this is a tradition which is supposed to encourage quiet and peaceful times for the coming year!

As one of the most religious nations on Earth, you’d expect slightly more from the US at Easter, but in most places you’ll find the celebrations pretty low key. If you compare it to the UK, for example, you’ll find that Good Friday isn’t a holiday and that Easter Monday isn’t even a thing here!

In New York, you’ll find all the shops open and trading as usual, but there is an Easter parade (of course!) which you can find on Fifth Avenue. Unlike most US parades, it’s pretty quiet, no floats, no bands, no dancing, just people dressed up and walking along in Easter costumes!

If you want to experience Easter in any of these places, thesqua.re has serviced apartments available during Easter and during any other holiday throughout the year.