It has been argued by many senior figures that the separation of the UK from the European Union can jeopardise London’s position as the ‘financial hub’ of Europe.  The city, which is the world’s No. 1 financial sector capital, is in doubt, now that the UK has voted to leave the EU. London’s prosperity is owed not simply it’s tourism, but for being a centre for business, education, finance and technology. Will such sectors, be able to maintain their dominance post-Brexit? Since the EU referendum result, it has been hinted at that many major financial institutions could move significant numbers of staff and operations away from London. 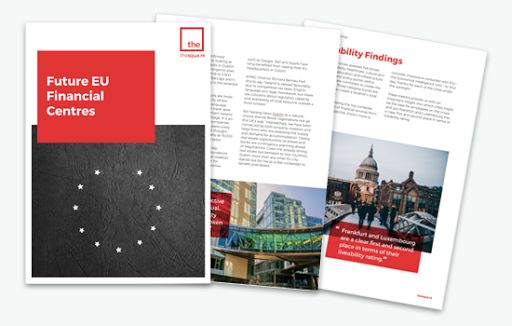 The withdrawal process by UK government started on 29 March 2017, and plans to leave by April 2019. Looking at the scenario, thesqua.re has invested an ample amount of time for research to find out what could be the future financial hubs of the EU. Our study includes views from industry experts and the newly released Liveability scores from the Economist Intelligence Unit.

Find out how likely is the 4 key European cities (Dublin, Frankfurt, Luxembourg and Paris) could be to take on London as the new financial centre.

Dublin- Dublin is one of the top-contenders to be the next financial hub post Brexit, due to the city’s English-speaking faculties, a high ranking on the ease of doing business, holding a strong academic system and a competitive taxation scheme (at only 12.5%). The city’s Industrial Development Agency is probably the most enthusiastic about embracing and preparing themselves for the wave of large-scale investment, mostly from high finance. The most-affected industry post Brexit will be banking and Dublin currently is home to 2,500 Citibank employees and it’s estimated that Dublin could gain as many as 15,000 overseas staff in the next few years. 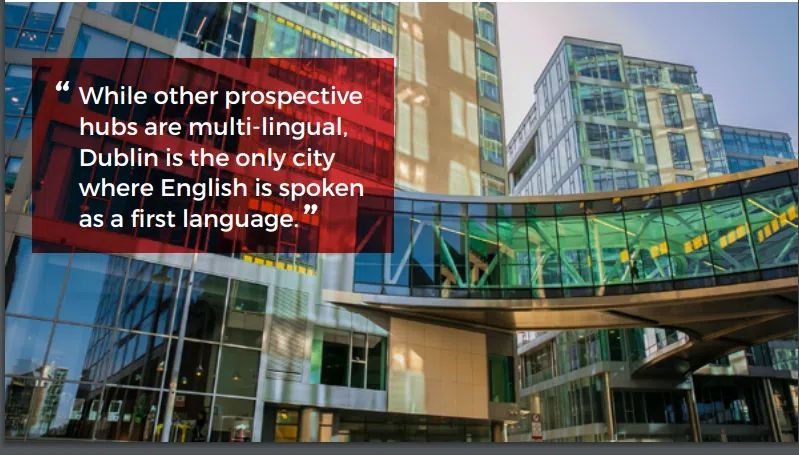 Frankfurt- Frankfurt is uniquely positioned to benefit from Brexit and is expected that up to 10,000 jobs from some diverse businesses could move here since the European Central Bank is stationed here. Also, among 8 out of the 10 major banks in London have subsidiaries in Frankfurt. The biggest insurers also have offices in Germany, either in Frankfurt or Munich. This means Frankfurt has a similar structure to the London market but on a very small scale. Reports say that Deutsche Bank has estimated that the price of a Frankfurt home will increase by 4 percent on average, or €125 per square metre, if an additional 5,000 bankers look for housing here. Eventually, a significant number of highly paid employees will shift to cities that remain in the European Union and Frankfurt might to be an eminent player and win high-stakes financial sweepstakes. Luxembourg-  Luxembourg definitely has the potential to be the next financial centres after London, post Brexit. During his visit to Singapore, Luxembourg's finance minister Pierre Gramegna made it clear that- “the country is already a gateway into Europe and poised for a bigger role”. AIG, the Insurance giant, said- they have plans to open a subsidiary in Luxembourg and JPMorgan could also shift resources to Luxembourg. Further, Reuters reported that the city is on the Lloyd's of London's shortlist for its EU subsidiary. The chances are high for this city as the residents of Luxembourg are the most affluent and multilingual in Europe where 56% of people speak English. But it can still be difficult for Luxembourg to absorb even a small percentage of the London’s financial services sector. Paris- Paris is trying to woo firms considering a move away from London in order to uphold their access to EU markets. France's chief financial regulator said- “The leading international banks based in UK are planning to shift their operations to Paris as London braces for the impact of Brexit. To stay near their clients, these banks plan to visit Paris and make business in the French capital. This means French government will keep enticing bankers to make Paris their base after Brexit. Paris city has more than 800 registered firms and many a time is cited as the Europe's premier destination for startups. Bank of France Governor, François Villeroy de Galhau Said-Paris city is not the only financial centre in the Euro area, but it has everything it needs to be one of the best”.

Overall, the metrics analysed by The Liveability, gives an important insight into which cities might stand more chances of being the next financial hub, but it puts Frankfurt and Luxembourg into a clear first and second place spot as the financial centre of choice after Brexit.

Here is the detailed report by thesqua.re complied in an e-book that includes views from industry experts and the newly released Liveability scores from the Economist Intelligence Unit.