London is well known for its green parks and open spaces, an aspect that makes the capital such a city of contrasts.  From the suits of the City of London and the parties in the West End, to watching a stag stroll in the tranquility of one of the Royal Parks, London is a city that always surprises. 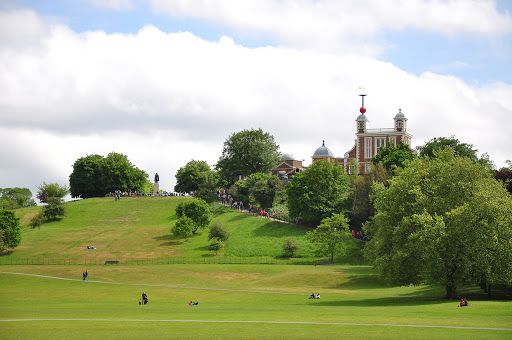 One of the most stunning of the Royal Parks has to be at Greenwich.  Greenwich Park is more than just an open green space in which to escape the hustle and bustle of the city, its features and fascinating history make it a destination that everybody will love to spend time at.

The park itself is set on a hill. Climbing to the top rewards you with a very special panoramic view of the city.  Other gardens within the park have their own rewards. The Rose Garden is located on the east side of the park, its name obviously alludes to the type of beautiful flowers that can be seen there during the months of bloom.  Similarly the Flower Garden, which was first introduced in 1890, is the place to see some of Greenwich Park’s award winning displays.

Aside from flowers you can also enjoy the Herb Garden and the Queen’s Orchard.  The latter is an enclosed area where fruit and vegetables are cultivated and can be found in the north-east area of the park.

You can also enjoy a Herbaceous Border, and at 200 metres in length it is London’s longest herbaceous border! However, the things that set Greenwich Park ahead of many other Royal Parks is the historical significance which can still be enjoyed today.

Most people are aware of Greenwich Mean Time, the time by which all of the clocks in the world were originally set.  The Prime Meridian of the world, in other words the point in the world which is Longitude Zero (0° 0' 0”), is at Greenwich and the line can actually be seen here (and stood on and straddled!)

The Prime Meridian obviously stretches around the world, but the part of it visible here is located in the courtyard of the Royal Observatory.  The observatory was designed and built by Sir Christopher Wren, after being commissioned to do so by King Charles II in 1675.

The first Astronomer Royal to be situated here was named John Flamsteed, hence why the observatory is also known as Flamsteed House.

Other things that can be enjoyed here are the fascinating Astronomy Centre and London’s only planetarium.

The observatory is obviously located at the top of the hill, giving you a fantastic view of the National Maritime Museum situated at the bottom.  The museum building was first built in 1807 as a school for the children of seafarers, but became a museum in 1937. Britain is famous as an island of seafarers. This is the museum that tells that story.

There is so much to do in Greenwich Park, especially in the summer months where you can fully explore the full 183 acres.  Thesqua.re has serviced apartments in east London, making it easy for you to visit again and again.