Talk of the economy and Brexit (Britain’s exit from the EU) as agreed in the June 23rd 2016 referendum have continued to be hot topics of discussion in 2017. Here’s a simple list and infographic to understanding the effects on the UK and the European economy. 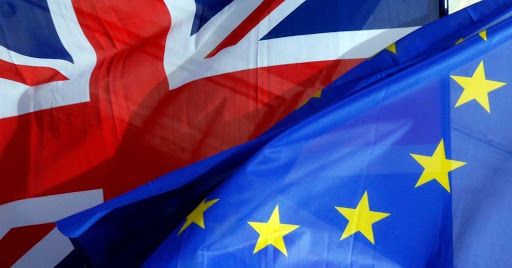 The tangible effects of Britain’s Exit from the EU are a real mixture of positive and negative, with some side effects that may take up to 10-20 years to fully play out. Evidently, however we have seen that it has become a political headache and left most of the population in the dark as to what will happen going forward.

1. Loss and Relocation of Jobs

On one hand, the effects are seen to be heavy in regard to the loss of jobs and relocations as figures for the financial sector alone predict over 20,000 positions (an estimated 50%) will be transferred out of the UK. The banking sector will also see a lot of change with an unprecedented number of jobs thought to be affected in the years to come, and the costs of these relocations running into the thousands as a major drain on resources. Meanwhile countries such as Frankfurt, Berlin, Dublin and Madrid are expected to take on the numbers.

The pound sterling has also taken a hit, with its value weakening and therefore becoming quite undesirable for the bank balances of the UK’s population especially for anyone wanting to holiday abroad. It also means that financial markets are more sensitive to vulnerabilities and therefore puts the UK in a position which could be quite risky especially in light of managing relations with other countries post-Brexit.

Brexit’s fallout has also seen the rate of UK imports fall as the pound’s value has declined and goods have become more expensive to purchase meaning a downturn for Britain’s import market. Further to this, the prices of hotels and hospitality services in the UK have also risen sharply post-Brexit, although this isn’t necessarily a bad thing.

Indeed, in an overall view, despite a number of negatives, there are some great positives to the UK from its departure from the EU as follows:

Due to the fall in the pound’s value, tourism in the UK has seen a dramatic increase in record numbers as the economy benefits from those wanting to get the most out of their visit. This propelled increase of tourism has resulted in huge increases in turnover across shops, hotels and restaurants as visitors spend in unprecedented numbers.

What’s more is even with spiked hotel prices, the UK still remain a much cheaper option than other countries such as Spain, Norway and Russia which again draws in further revenue from tourism.

As the pound’s value falls, exports also benefit on a large scale, as UK goods are cheaper and therefore become a more attractive option to those abroad meaning more are likely to be sold which in turn also bolsters the UK economy.

By leaving the EU, the UK faces the opportunity to adopt its own trade policy. Whilst the EU promotes free trade and aims to unify countries in protecting their domestic markets, a core stipulation in the form of the ‘Customs Union’ prohibits and imposes barriers to trade with other countries that lie external to the EU such as the United States. This restriction and single market has meant that trade opportunities external to the EU have always been an issue and hugely burdensome. On its own the UK can follow its own trade policy and therefore massively open up its trade market which can only be of benefit in boosting the UK’s economy.