20 Must See Attractions in London 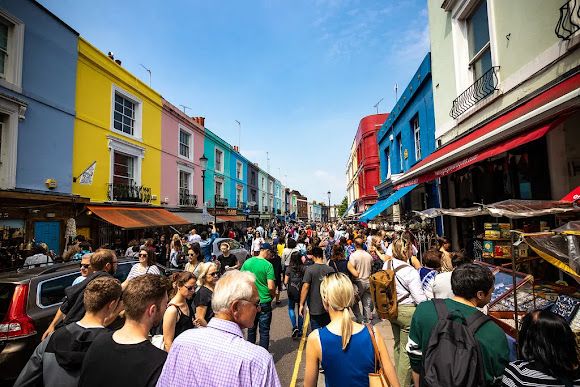 How long does it take to see everything in London? Forever? Maybe longer?

London certainly has a huge amount to offer, not surprising for a city that has been around for two thousand years, and for the majority of that time been a major world player in all sorts of areas.

Someone could visit London every year for the rest of their life and still find unique things to do, every time they came.

But what are the must see things in the capital? What are the things that have to be seen to make a visit to London complete? Where’s the best place for serviced apartments in London in order to take in as many sights as possible?

Consider the following twenty as a primary checklist of things to do in London.

Probably the iconic landmark of London. The great clock can be found at the Houses of Parliament and looks great whether it is viewed from the street or from a boat trip on the River Thames.

Big Ben is actually the name of the bell inside the tower, as the tower itself is officially named the Elizabeth Tower. A fact probably unknown even by most Londoners, as it has only been named this since the Queen Elizabeth II Diamond Jubilee in 2012.

Another unmistakable sight on the London skyline is the dome of St Paul’s Cathedral. It’s been an unmistakable sight for over 300 years, having been designed by Sir Christopher Wren after the Great Fire of London claimed its predecessor.

Admission includes access to the cathedral, the galleries in the dome itself as well as the crypt underneath.

Known throughout the world as the place where the Queen lives, the leafy foreground photographs that are often seen of it hide the fact that the residence is located in Central London itself.

Admiring it from the outside is free, as is observing the famous Changing of the Guard ceremony. But to get up close and experience the life of a royal, there’s also guided tours inside.

Probably the world’s most important centre for botanical research. It will be hard to find a more knowledgeable group of people dedicated to the planet’s flora than the scientists found at Kew Gardens.

There are thirty thousand different types of flowers and plants to see here, as well as fourteen thousand different species of tree. There’s also fantastic architecture on display too, which has been built to house the plant species. This includes the world’s largest Victorian greenhouse.

A relative newcomer to the London skyline as well to the must-see list of London attractions. The London Eye was erected and came into service in the year 2000, as part of the capital’s Millennium celebrations.

When it was constructed it was actually the highest ferris wheel in the world and it still offers impressive views when a capsule gets to its optimum position.

After ticking off the flora available at Kew Gardens, getting a little taste of the fauna might also be a consideration?

Of course, of the 750 species to be found at London Zoo the vast majority aren’t native to London, obviously, but they’re fascinating all the same.

The zoo is the oldest scientific zoo in the world, that is to say a zoo where vital research is carried out to ensure the survival in the wild of each and every species it houses.

Maybe not one to have on a must visit list, as the chances are high that it will be seen on the way to another attraction anyway. This London landmark is hard to avoid.

It is the square that surrounds the unmistakable Nelson’s column, a square that is named after a famous British naval battle.

Nowadays it’s a meeting place, a performance arena, a place of protest, amongst many other things.

Possibly the only one on the list which the majority of visitors wouldn’t have heard of, but a must visit all the same.

Originally it was a structure built to mark the 2012 Olympics in the city. It overlooks the Olympic stadium in Queen Elizabeth Olympic Park.

In recent times however, it has been transformed into the tallest and longest tunnel slide in the world!

London has got some of the most famous and important museums to be found anywhere and the great thing about them is that they’re all completely free to enter.

The Natural History Museum is probably top of anyone’s museum list, even if it’s just to see the magnificent what skeleton in the first hall!

The popularity of waxwork museums is as perplexing to some people as it is exciting for others. It’s true that getting picture taken next to the Queen or The Beatles is much easier when they’re made of wax.

Whatever anyone’s thoughts on the content, most will agree that the building itself is pretty impressive. Built inside a disused power station on the banks of the River Thames, this is another icon of London architecture.

Originally built by William the Conqueror back in 1078, this medieval castle has featured heavily in the story of the British royals for nearly a thousand years.

It has held prisoners as diverse as the future monarch at the time, Queen Elizabeth I, to Nazi war criminal Rudolph Hess, right through to London’s most notorious gangsters, the Kray Twins. The twins were the last people to be held at the tower in 1952.

Built to resemble the original Globe which was built in the seventeenth century and was closely associated with William Shakespeare himself - arguably the most famous playwright to have ever lived.

It’s almost exactly as one would have found the original Globe, with an open roof, thatching and standing areas in front of the stage.

There are toilets nowadays, patrons aren’t required to go where they stand, as they would have been in Shakespeare’s day.

Alongside Big Ben, Tower Bridge is probably the other London landmark that would be recognised by the majority of the world’s population.

Built towards the end of the nineteenth century it is a testament to British engineering at the time. Checking out the timetable online to see when the bridge is raising is well worth some time, in order to enjoy an unforgettable photo opportunity.

The tallest building in Europe, the Shard understandably towers above every other building in the London skyline. Situated on the south side of the River Thames, it is found on the ‘flatter’ side of London, making it seem even more huge.

Home to restaurants, a hotel and of course a viewing gallery, the Shard is a must see for the ultimate view of London.

Another chance to get up close and personal with animal life, this time marine animals.

Located close to the London Eye in London’s Waterloo area, this is Europe’s largest collection of marine life. There are impressive displays on sea life as well as fresh water animals. There’s a glass tunnel to walk through for those brave enough to face the sharks, as well as the always comical penguins.

There are plenty of parks to choose from in London. It’s a city famed for its wide open spaces. The Royal Parks are some of the best maintained public parks to be found in the city and of these Hyde Park is probably the one that sums them up best.

It’s one of the larger Royal Parks and located right in the centre of the city. There’s also plenty going on from peaceful pedalos in the Serpentine to concerts from iconic bands as part of the park’s summertime celebrations.

A West End show can end up costing hundreds of pounds, if not more for last minute availability.

The Old Vic is an alternative to that, a not- for profit theatre which put on shows for as little as ten pounds. The shows aren’t second class either, they are often major productions featuring A-list stars.

Probably at the top of the list for all Harry Potter fans! The studios where the series was filmed can be visited on the outskirts of North London but for a quick thrill there exists this photo opportunity at Kings Cross Station.

An old fashioned luggage trolley, half imbedded in a wall with a Gryffindor scarf to put on for good measure.

You’re also just a stone’s throw from the everlasting trendiness of Soho and the legendary Carnaby Street, the must visit street for anyone who’s a fan of sixties London pop culture.