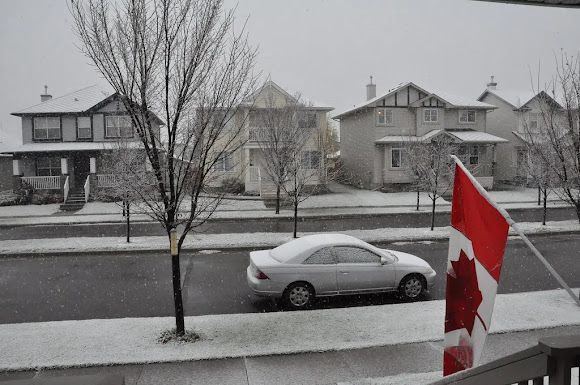 The weather is a favourite topic of practically every British person. It’s often referred to as a natural obsession.

So why is it? What makes the British weather so special that it warrants the dedication of such a large proportion of everyday conversation?

The British weather is notoriously unpredictable, that’s one reason for the Brits to be so obsessed. A lot of conversations are started by expressions of disappointment of just how wrong the weather forecasters are on that particular day.

Britain is essentially a rather small island on one side of the Atlantic. Being an island means that there is a lot of moisture about and its location between the equator and the north pole makes it a place where stormy skies are commonplace.

An island in that position would also be expected to be quite cold, however, the gulf stream actually makes it quite mild.

The juxtaposition of the UK’s weather is what makes it such a fascinating topic of conversation! At least among locals…

Living in London, people often find that that they are having a picnic outdoors on Monday in shorts and flip flops, and then battling against wind and torrential rain in coats on Tuesday.

The south east of England and the London area are one of the more milder area of the UK, but that doesn’t make the weather any more predictable! No matter what the time of year, the savvy Londoner will always carry a pair of sunglasses, as well as an umbrella.

November to January in London stretches from the end of autumn to the majority of the way through winter. As expected, these are some of the colder months of the year although the coldest temperatures are generally seen in February.

The temperature is generally between 2°C and 10°C although unseasonably warm days are also experienced on occasion.

Surprisingly, freezing temperatures aren’t particularly common and despite the scenes frequently depicted on Christmas cards, snow isn’t that common either. Although this is England, it occasionally does happen but disappointingly only 4 Christmases in the last 55 years have been white ones in the capital!

Don’t forget, whatever the temperature or however wet it is, London always has plenty to see and do. If visiting London over the Christmas period be prepared for cold, but also for plenty of festive magic. From pop up Christmas markets and stalls to ice rinks and food fairs, London is buzzing during this period.

The following is a guide covering the weather for London in each of the months of November, December and January. It will give predicted temperatures, how much rain to expect and give tips on what clothing to take and wear.

At the beginning of the month, the highest temperature can be expected to be at around 13°C or 14°C but a few days may be slightly warmer at around 16°C. The temperature in the mornings and evenings drops to around 8°C.

Towards the end of the month, autumn rolls into winter and as expected the temperature starts to drop.

Temperatures will rarely be seen above 9°C or 10°C and mornings and evenings will dip to an average of 5°C. Although it’s not uncommon to see lows of between 1°C and 2°C.

Forget April showers, April is one of the two driest months of the year on average. November, on the other hand, is, on average, one of the wettest so an umbrella is absolutely essential.

Expect grey skies for around 22 out of the 30 days in November and expect rain to fall on around 17 of those days.

Snow very rarely falls in November but if it does it will be towards the end of the month.

As mentioned above, always carry an umbrella in London in November. A medium jacket over layers is usually fine for the beginning of the month during the day. There may even be some days when a jumper is all that’s required. However, a heavier coat will certainly be needed if going out in the evening and by the end of the month warmer clothing will be essential all day and night.

Towards Christmas time and the beginning of the New Year, the temperatures will begin to drop and will rarely be above 7°C. Nights and early mornings have an average of around 3°C although the odd days will see temperatures as low as -2°C.

Just to give an idea of the unpredictability of London in December, the coldest temperature ever recorded in London in the month is -12°C. The warmest is 17°C. That’s a difference of 29°C!

Suncream is predictably not necessary in London in December. The sun is only up for around 8 hours a day and even then it barely gets above the horizon.

Also, it’s fairly difficult to spot anyway given that most of December will be overcast and blue skies are a rarity.

Light rain can fall at any time but overall rain generally falls on around 9-10 days of the month. Rainfall is mostly light to moderate and is rarely more than 1mm on any day.

Snow is possible but again it does not happen often. The scenes portrayed in Dickensian London at Christmas are unfortunately a rarity.

An umbrella in London goes without saying, whatever the month. In December a medium to heavy coat is required (always a heavy coat if venturing outside of London).

Hats, gloves and scarves should be a serious consideration as should the idea of adding extra layers when the sun goes down as the temperature, especially if it’s been a warm day, can drop considerably.

Also, if spending the Christmas season in London, a Santa hat, reindeer horns or stripy elf trousers should also be considered…

The weather in London is pretty cold and inevitably wet but the average temperature is actually higher than a lot of other cities in northern Europe at this time. The average high temperature is up at around 8°C or 9°C but some days can see highs of around 13°C.

When the sun goes down these temperatures drop to between 3°C and 5°C but some nights can see temperatures as low at -1°C, any lower than that is unusual.

Twenty-two days in January on average will either be completely overcast or partly cloudy. On the plus side, this means that 9 days will either be sunny or mostly sunny.

January is the month when the days start to get noticeably longer. They only last around 8 hours at the beginning of the month but by the end, the sun is up for around an hour extra.

January is a fairly wet month, even by London standards, and rain should be expected on 18 or 19 days. Although it has to be said that heavy rain is rare and only an average of 9 or 10 days sees rainfall which tops 1mm.

January is a month where snow can be expected but only on around 2 or 3 days. Although it does snow at some time every year in the UK, be prepared for absolute chaos as everything on the outskirts of London and beyond grinds to a complete standstill.

A full winter coat is absolutely essential but if travelling in London layers are also essential. The tube, for example, can be unbearable in a big coat.

Having said that the layers should still be warm in themselves. T-shirts, for example, are completely unnecessary!

Instead, opt for long sleeve shirts and jumpers. Jeans are all well and good but if the temperature takes on unexpected drops or snow falls, then warmer trousers will definitely be needed.

The checklist for December ‘What to Wear’ is generally a good guide for January too,

Of course, don’t forget the absolute essential piece of kit. An umbrella.