For many years, London has been considered the financial hub of Europe and indeed the world. Whilst still a powerful player in the financial world, London finds itself in unknown territory right now. The uncertainty of Brexit currently hangs over it and, whilst it will probably be a short term glitch, until it is solved it leaves the door open to other prominent European capitals to swoop in and take the financial crown.

Amsterdam, Madrid and Berlin are all front runners but is Paris emerging as the best equipped to take the mantle?

Paris is a well established major European city and has long been a hub for the best in fashion, art and culture, as well as a centre for food and wine. It is also well known for being the city of love, a favourite place for lovers to woo one another. 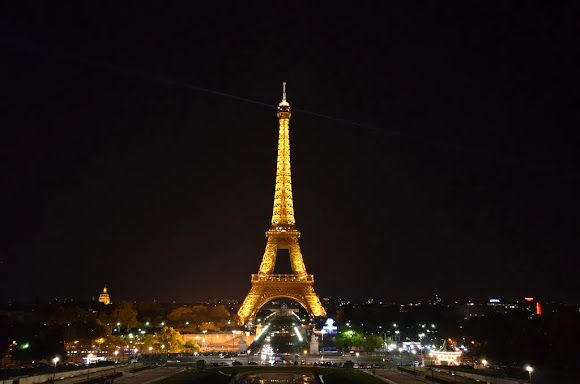 It is now well know for its enticement in other areas.

If it was a competition as to which city was wooing the financial companies in the most effective way then Paris would perhaps be a much more obvious frontrunner. The government of Emmanuel Macron is certainly hoping that this kind of approach can encourage companies to consider Paris as their next port of call if they decide to relocate after Brexit.

Since the election the new French administration has brought in a number of initiatives in order to try and make a possible transition more of a probable one. The most significant and obvious changes have come in the form of labour laws being relaxed. Corporate tax rates have also been significantly reduced and redundancy costs for companies are now set at a much lower level.

The banking world also tends to be full of wealthy individuals who would have previously been put off of settling in Paris due to the tough individual taxes levied at them. The wealth tax has now been abolished leaving bankers to enjoy their bonuses as they would have done previously in London.

Aside from these offerings, the enforced regulation changes which will hit the UK as a result of Brexit could also benefit alternative European locations such as Paris. Companies which have their head offices in the UK could previously set up branches easily in European countries. Going forward this looks likely to end with firms instead being forced to set up subsidiaries.

Relocating head offices to another European country may prove to be a cheaper and less complex alternative.

As a result of this a number of finance firms with a significant presence in London have announced that they will be increasing their presence in Paris. This is a significant move despite falling short of a commitment to fully relocate HQs.

These firms do present some significant players however. They include JP Morgan, Citigroup, Goldman Sachs, Morgan Stanley and HSBC.

The changes that have taken place across France since the government’s financial policies changed have also had a major effect on the number of financial technology companies that are starting up in the country. With financial technology being one of the major growth areas of world finance, Paris is attempting to position itself at the forefront of the minds of people involved in major start ups in the industry.

In January 2018, France’s finance minister, Bruno Le Maire, stated in an interview with Reuters that, “Paris has the best chance of becoming, tomorrow the financial centre in Europe. Not the dominant one but the most important one.” France’s positive actions have certainly laid out a groundwork with which they can build a full welcome package to the financial behemoths of the world.

The measures that France has taken to encourage the financial sector have of course been applauded and welcomed by the major players in the market. However, France has a long history of archaic, inflexible labour laws and high taxes on wealth. Addressing this has been seen as a positive but for Paris to become a financial centre it also needs consistency. Consistency is a major necessity in the financial markets and indeed for the economies of developed countries. Can Paris go on to achieve this consistency?

The major players from across the financial sector have long had representation in the City of Light and this has obviously increased in light of the uncertainty the London financial market is facing. Furnished apartments in Paris are the new favourites of the corporate world, with their obvious advantages over long term stays in hotel rooms.

A studio apartment in Paris offers far more versatility and companies such as thesqua.re have them available in some of Paris’ most sought after areas. These include the main financial districts where the future of finance in Europe could soon be decided.