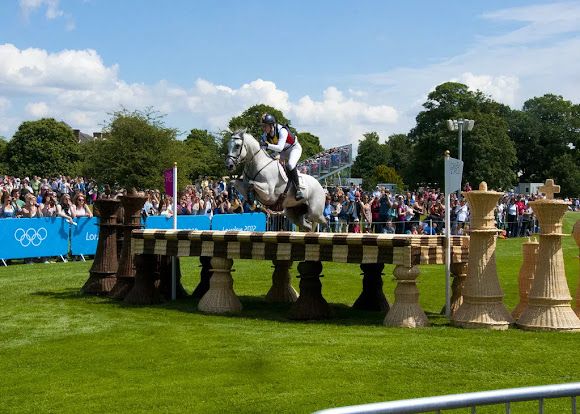 It may come as a surprise to many, but London does actually have some fantastic summers. It’s true! Probably still worth bringing a brolly (and a coat) though, you know, just in case…

The truth is that London is pretty fabulous in the summer, as long as you steer clear of the tube and Underground network which can only be described as hot sticky and horrendous!

There’s something very quaint about London when it’s hot, everything just seems to slow down to a crawl and you find people enjoying the sunshine in every nook and cranny of the city.

Even if it’s not a dry day, you’ll find Londoners soldiering on with whatever event they’ve got planned. Cancelling for a bit of drizzle isn’t an option as there is so much going on every single day. Even if it’s raining you can still appreciate London in its summer bloom, and it blooms everywhere thanks to its abundance of green open spaces.

Book your short stay London apartment, hit the streets and find those summer events. Here’s a few to get you started.

This could be the most famous floral event in the world. It’s a huge event for London which all but completely takes over the beautiful grounds of the Chelsea Royal Hospital.

It’s the London event that kicks off the summer season, taking place usually at the end of May.

It’s a mix of all things to do with gardening and is a great place to get ideas on garden design as well as being able to view inspiring concept designs that would be beyond most amateur green fingers.

There’s plenty to buy, plenty to eat, plenty of Pimms to quaff and plenty of famous visitors to spot. One of whom is nearly always the Queen herself.

The world’s most famous tennis championships take place in London every summer and it is not to be missed.

Even if you can’t make the venue itself there are plenty of big screens set up around the capital where you’ll see Londoners relaxing in the sun, watching a bit of tennis and usually having a bit of a drink.

If you’re lucky enough to get tickets remember to bring a hat, sun cream, water, an umbrella and a huge appetite for prosecco and strawberries.

Henley is the most famous regatta anywhere in the world and is a must visit if regattas are your thing, or even if you’re not really sure what a regatta actually is.

Henley has been taking place for around 180 years and is a chance for rowers of every level to enter into competition on the river.

Off the river, there seems to be some sort of competition amongst the men folk as to who can wear the most garish jacket!

Aside from the action on the river, there are hospitality tents, bars, shops and enclosures scattered along the 1.5 mile long raceway.

A musical extravaganza which stretches across almost the entirety of the London summer, from July to September.

They have been going on since 1895 and nowadays the main events take place in Cadogan Hall and of course the Royal Albert Hall, but there are Proms in the Park events taking place across the whole of the UK.

Proms is short for promenade concert, or a concert where the audience is free to wander about. This tradition is carried on in the proms, most famously in the Last Night of the Proms event in the form of ‘Prommers’ who bounce around in front of the stage at the Royal Albert Hall.

The parks are what make a London summer and lucky for you they are everywhere, all across the capital.

The eight Royal parks alone take up 4,900 acres of land and they are as follows, in order of size.

During the summer, these wide open spaces are packed with throngs of people enjoying the sunshine and whatever happens to be going on at the time. Green space in London is scarce for private houses and apartments so public spaces are widely appreciated.

Events at the park happen year round and in typical British tradition, whatever the weather. These can be small regular events such as Yoga sessions or Park Runs, through to huge events such as British Summer Time Hyde Park, a set of concerts running throughout summer with legendary headliners.

If you need somewhere to stay after the concert, thesqua.re has Hyde Park serviced apartments offering all the comforts of home.