Weather-wise, Northern Europe can be a harsh place to visit. Freezing cold in winter, drizzly, cold and windy in Spring and Autumn. Nowhere in Europe is this more evident than the North Sea islands of Ireland and Great Britain, the British Isles.

The countries of Ireland, Northern Island, Wales, Scotland and England are found here and all have a reputation as being quite grey and cold places to find yourself at most times of the year. Indeed in England talking about how bad the weather is is a national pastime. 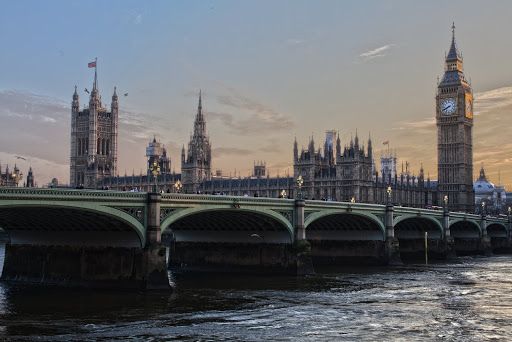 However, the dampness, drizzle and relatively consistent temperatures mean that these islands are some of the greenest places on Earth. In the summer, when the sun does eventually come out, you can enjoy some of the most beautiful landscapes, often whilst wearing a t-shirt, honest!

Believe it or not, the city of London also comes even more to life in the summer months. In winter time you’ll still see the streets packed with people eating and drinking outside, so just imagine how lively it gets in summer. The British summertime is a relatively short affair, so the Brits make the most of every single sunny day, so if the sun’s out, be prepared for a crowd in the capital.

London is one of the biggest cities in the world but it is also one of the greenest. There are Royal Parks, Garden Squares, Council Parks and a huge number of other green spaces that aren’t officially parks, such as Hampstead Heath and Clapham, Wandsworth and Wimbledon Commons.

Spending a summer’s day in a beautiful Royal Park in London is an experience that everyone should have. There are eight of them covering 4,882 acres, from the smallest in Green Park (39.5 acres), to the largest in Richmond Park, covering a huge 2360.85 acres. The latter is a national nature reserve too and you’ll be able to get up close to the herds of deer that live there.

Due to the clement weather, London also has most of its best events and festivals taking place in the summertime.

The Wimbledon Tennis Championships remain one of the most popular UK sporting events. Head on over to South West London and enjoy not only great tennis, but Pimms, Strawberries and cream too. You don’t even need tickets for the stadium itself, there’s plenty of places to enjoy it outdoors on the big screen.

The UK is the home of popular music, some of the most famous bands and music genres across the world have hailed from this small group of islands. It seems obvious that London would be the home of some of the great music festivals of the summer too. You won’t even need tents and wellies for most of them!

The Brixton Disco Festival, Arcadia, Raw Power and Wireless are just some of the smaller festivals. If you’re looking for major acts then British Summer Time at Hyde Park is your venue. In summer 2018 it welcomes Eric Clapton, The Cure and Roger Waters.

Looking for short stay apartments in London in order to enjoy the whole summer? Have a look at thesqua.re who offer serviced accommodation across the capital.