Visit a Christmas market anywhere in the world and it is likely that the design and feel of it has been based upon a template that is essentially German.  The wooden chalets, the sausages, the traditional gifts on display, all seem to suggest a Germanic style.

That would suggest then that spending the holiday season in a German town or city would lead to a quintessentially Christmassy experience.  If you are all set and have rented your serviced apartment in Berlin from thesqua.re, here are some things to do in Berlin at Christmas. 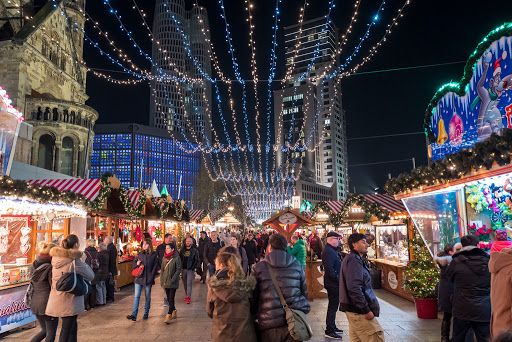 The problem you have is that there are just so many to choose from.  One of the best and most traditional of markets can be found in Spandau, a part of Berlin that still retains its old town feel.  There’s over 250 stalls to choose from and it’s not just German fare on offer, you can find gifts and food from across the world.

There’s also a market under the spectacular setting of Charlottenburg Palace.  This market specialises in traditional handicrafts and also has a vintage funfair to keep the young ones entertained.

The Christmas market at Kaiser Wilhelm Memorial Church has the added bonus in that it is opposite the City West shopping centre, giving you the opportunity to shop for the traditional, as well as the new.

If there’s another thing that Berlin does exceptionally well at Christmas it’s the lighting displays, which can be found all over the city. One of the most famous displays is at the Kurfürstendamm (locals are more likely to refer to it as the Ku’damm).  All the trees are covered in sparkling lights and all along the road you’ll find huge lit up figurines of Santa Claus, reindeer and all sorts of Christmas figures.

The Unter den Linden boasts over 60 km of fairy lights which adorn 220  lime trees, running from the Brandenburg Gate right through to Humboldt University.

Other places to see spectacular light displays include the ceiling of the Sony Centre at Potsdamer Platz and the 15 metre tall Christmas tree in front of the chancellery. Traditional funfairs are also big for Berliners at Christmas.  We’ve already mentioned one at the market at Kaiser Wilhelm Memorial Church but you can find another much larger one on Alexanderplatz.

This one also features a traditional Christmas market but also included ice skating, a huge Ferris wheel and Christmas raffles amongst the carousels.

One of the most unique and moving Christmas events that takes place in Berlin is the newly ensconced tradition of singing Christmas carols in Union Berlin’s stadium.  This event has grown from 89 people when it first started in 2003, to 30,000 people who now attend this annual event.

This is certainly one to remember.