Furnished Apartments in Denver are highly in demand amongst both business and leisure travelers. This is quite natural since Denver is the capital of Colorado State in the U.S and lies on the South Platte River Valley to the western tip of the High Plains, east from the Rocky Mountains’ Front Range. Denver is the 19th highest populated city in the country and derives its name from Kansas Territory Governor James W. Denver. It is called the Mile High City since it is elevated at exactly a mile above sea level. The Greenwich 105th meridian west directly goes through Denver Union Station.

Our Top Serviced Apartments in Denver are:

Serviced apartments come with numerous benefits for travelers which have made them immensely popular options for corporate and leisure guests alike. They are ideal alternatives to rental units since they offer more privacy, space and plush and luxurious furnishings. They also come with everything taken care of, i.e. deposit, maintenance and agency fees, furnishings, bedding, accessories and bills. Guests need not worry about these aspects when they book serviced apartments in Denver.

These apartments are usually located near major public transportation links including Underground stations, metro stations, bus stops and main thoroughfares. This makes it easy for travelers to swiftly access major tourist and business destinations alike. Some units even have added amenities like gymnasiums and swimming pools for catering to fitness requirements of travelers.

Being serviced accommodation experts, we understand that our guests need the perfect second home when they land in Houston. We offer plush and luxuriously furnished units with the best amenities and round the clock customer support for unparalleled experiences.

Corporate housing in Denver is an ideal option for business guests and corporate travelers, enabling them to unwind and relax in comfort after hard days at work. They can enjoy high-speed Wi-Fi, flat-screen televisions and fully equipped kitchens along with luxurious furnishings and strategic connectivity to key corporate hubs and major public transportation facilities.

Short term rentals in Denver are suitable choices for those people looking to stay in the city for a few days or a week. They will enjoy the plush furnishings, contemporary amenities like well equipped kitchens, high-speed Wi-Fi, flat-screen televisions and more. These rentals are also located in strategic proximity to major public transportation hubs and tourist landmarks.

Holiday apartments in Denver offer high-quality amenities to guests including the likes of flat-screen televisions, ample space and privacy, fully equipped kitchens, modern appliances, high-speed Wi-Fi and comfortable beds. They are ideal for accessing public transportation facilities while being in close proximity to major tourist attractions as well. They ensure a comfortable and highly convenient stay in Denver.

Where to Stay in Denver 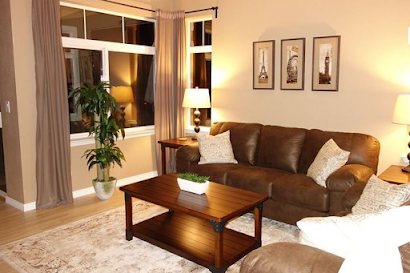 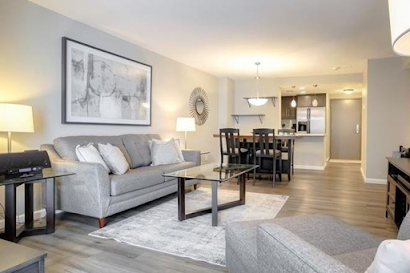 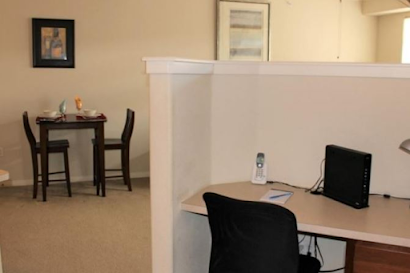 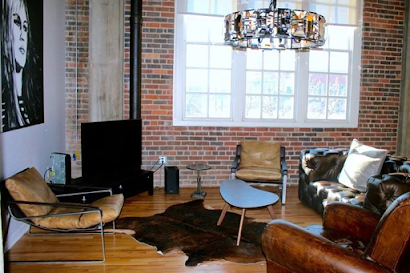 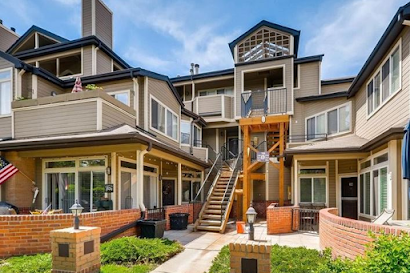 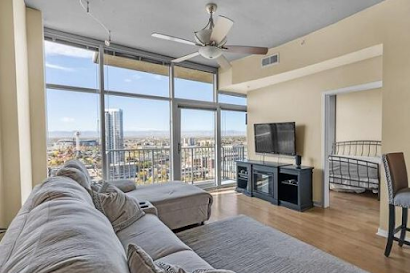 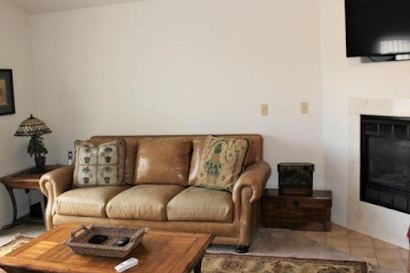 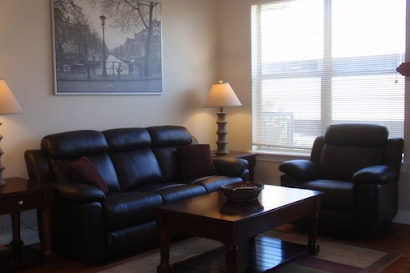 Things to know before booking serviced apartments in Denver

You may also be interested in
More about Denver

Denver is the capital and highest populated city in Colorado State. It lies in the South Platte River Valley along the High Plains’ western edge and eastwards of the Front Range in the Rocky Mountains. Here are some interesting facts about Denver:

The Denver MSA achieved GMP (gross metropolitan product) of $157.6 billion for 2010, making it the 18th biggest metro economy in the country. Denver is well linked to major transportation systems while being a major hub for healthcare, manufacturing, distribution and storage of goods.

The Denver International Airport is the key airport in the entire Front Range Urban Corridor. It is the 20th busiest airport worldwide and 5th busiest in the U.S, while covering 53 square miles and being the headquarters for Frontier Airlines. The area is also home to the Centennial Airport, Rocky Mountain Metropolitan Airport and Colorado Air and Space Port.

Cost of Living in Denver

Average restaurant meals cost anywhere between $11-66 in Denver while one-way local transportation tickets are priced at roughly $2.30-5 with monthly passes coming for roughly $114. Basic utility costs stand at $131.97 every month (approximately) and rentals hover between $1,100-4,000 every month on average.

Here are some interesting tips about visiting Denver:

Things to Do in Denver

Denver has numerous interesting activities and attractions. Here’s taking a look at some of them:

1. What are popular things to do in Denver?

2. What are some free things to do in Denver?

3. Does Denver have many romantic attractions?

4. What are family-friendly things to do in Denver?

5. What are unusual things to do in Denver?

Places to Visit in Denver

Here are some of the top places to visit in Denver:

Places to Eat in Denver

Denver has several top restaurants including The Bindery, Tavernetta, The Plimoth, Ultreia, The Wolf’s Tailor, Uncle, Mimosas, Elway’s, Upstairs Circus Lower Downtown, The Capital Grille, Beckon and Rioja among others.

Denver has numerous transportation choices throughout the metropolitan area, managed by the RTD (Regional Transportation District). There are 1,000+ buses covering 10,000+ bus stops across 38 municipal zones in 8 Counties. RTD has 11 railway lines covering 57.9 miles and 44 stations. FasTracks is the light rail, commuter rail and bus expansion venture approved in the year 2004. The W or West line opened in 2013, serving the Golden/Federal Center. The A line opened in 2016 to the Denver International Airport. The R line opened in 2017 while the G line opened in 2019. The Flatiron Flyer bus service is available along with the Bustang system courtesy of the Colorado Department of Transportation. Greyhound Lines is the intercity bus network with multiple routes and Amtrak is the national passenger railway system offering services in Denver.

The Denver International Airport or DIA/DEN is the key airport for the whole Front Range Urban Corridor. It is 18 miles away from the State Capital and handled 64,494,613 people in 2018, covering 53 square miles as the biggest airport in the U.S. by way of land area. It is the headquarters for Frontier Airlines and key hub for United Airlines and Southwest Airlines alike. There is also the Rocky Mountain Metropolitan Airport which is 13.7 miles away and the Centennial Airport that is similarly positioned towards the south-southwest direction. There is the Colorado Air and Space Port which was earlier called the Front Range Airport.

Denver has hot summers and cold winters while temperatures range between 22-89 degrees Fahrenheit approximately. The best time to visit is between mid June and early September for enjoying the weather and outdoor activities.