Few locations have a reputation quite like London. One of the world’s most famous cities, the setting of numerous hit movies and an icon in its own right, London is one of the most visited cities, with its famous architecture and streets steeped in legend. As such, the city entices millions of tourists every year. However, whilst London is one of the most visited cities in the UK for sightseeing, it is also an important economic hub for Europe and indeed the world, meaning that it also welcomes millions of business travellers every year.

Those travelling to London for work often find they spend a little longer in the city than the average tourist. As such, many find that temporary housing in London is a better solution when it comes to accommodation. Short term rents offer a much more comfortable and private environment, allowing visitors to work in peace or explore the city at their leisure. They are also ideal for those who may wish to explore other areas of London like Shoreditch, Canary Wharf, Aldgate, Kensington, Hoxton, Heathrow, Clerkenwell and Greenwich.

One of the best options for temporary housing in London is serviced apartments. These properties not only offer many of the benefits of a traditional hotel - such as room cleaning, concierge and reception services, but they also offer the added convenience of full kitchen facilities, making them ideal for those on a longer stay who may wish to self-cater. The properties also include home entertainment and a range of mod cons, making them the perfect space in which to relax after a day in the city.

London is famous for its huge range of attractions - including Buckingham Palace, Westminster Abbey, Big Ben, Trafalgar Square, British Museum and of course the London Eye. However, the city is also famous for its diverse districts- with each having something different to offer, from Shoreditch’s trendy delights to Canary Wharf’s financial focus. Staying in temporary housing in London over an extended stay allows more scope for enjoying the less touristic areas and gaining a true experience of the city. It is also ideal for those who may wish to visit nearby towns in the counties of Kent, Essex and Surrey. 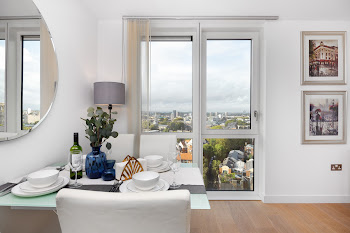 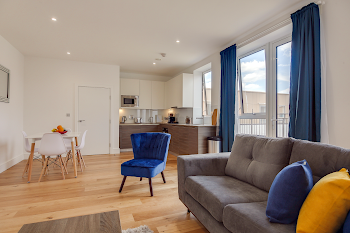 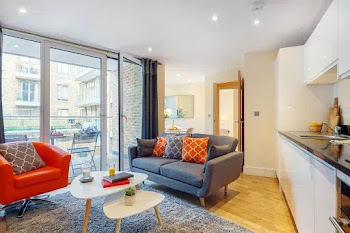 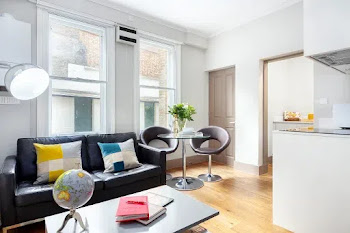 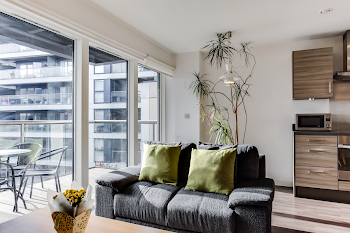 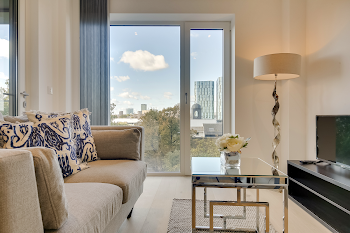 We have a number of other properties not yet listed on the site.
Please fill out this form and we will get back to you shortly.

Q1. How many serviced apartments are available for booking in Exclusive, London ?

A1. There are over 24 serviced apartments in Exclusive, London with more being added every day. In total, thesqua.re has over 100,000 apartments across the globe that are waiting to be booked.

Q2. What are the most popular luxury serviced apartments in Exclusive, London ?

Q3. What is the price range of serviced apartments available in Exclusive, London ?

A3. Prices start from $81 per night and increase from there. Bear in mind that the type of apartment and number of guest will affect the overall price.

Q4. What offers are currently available for booking serviced apartments in Exclusive, London on thesqua.re?

A4. To see a selection of Exclusive, London offers, please visit our offers and coupon page.

Q5. How do I search for the best serviced apartments in Exclusive, London on thesqua.re?

A5. Choose a part of Exclusive, London you want to visit and search for the perfect stay for you using our easy search tool. Begin your search here.

A6. Some of the apartment buildings in Exclusive, London will offer bed and breakfast or gym membership, whereas others may provide them with an extra charge. The apartment listing will make that clear Other services include airport pick-up, meet and greet and so much more. Book your stay here for the full thesqua.re experience.

Q7. Can I have guests in a Exclusive, London serviced apartment?

A7. That depends on the policy of the apartment/building management. You may have to enquire first when making your booking in Exclusive, London .

Q8. Why is staying in a serviced apartment in Exclusive, London better than a hotel?

A8. Serviced apartments in Exclusive, London have all the features of home, are centrally located and have other astounding attributes that make them better than hotels, as covered here.

Our 20 Temporary Housing London are rated None out of 5 based on 0 reviews
×
Schedule a call back in your preferred language with our reservations team.