Discerning travelers want nothing but the very best. If you’re seeking the most premium Midtown West luxury apartments, we have an expansive portfolio lined up for your perusal. From comfortable, posh and cozy apartments with the finest furnishings and fixtures to a bevy of modern amenities and facilities that are in tune with your lifestyle, we offer everything that you could possibly need in New York City. Let our award-winning reservations team pick something tailored specifically to your needs in Midtown West which is the cultural, culinary, shopping and entertainment hub of the city. We pull out all the stops to ensure an enjoyable jaunt in NYC for you and your companions.

There are several options available in our portfolio with regard to Midtown West luxury apartments. Here are some of the best ones that you should check out.

These are only some of our options in Midtown West and you will find choices tailored to your specific requirements in some of the city’s most prime and best connected locations.

There are multiple amenities and facilities available at our Midtown West luxury apartments. While facilities can vary from one location to another, every unit has its own distinctive ambience, vibe and posh feel that take luxury living to a whole new dimension.

Here are some of the features that are available at our Midtown West apartments.

Some of our apartments in Midtown West may even come with additional onsite facilities including cafes, restaurants, bars, rooftop terraces, lounging areas, swimming pools, sauna and Jacuzzi facilities and other fitness facilities. It all depends on the type of property, location and some other parameters.

Whenever anybody thinks of the iconic New York City, Midtown is what probably comes to mind. After all, this is the stretch containing all the famous and iconic landmarks within just a few miles. Everything from the majestic Empire State Building and Times Square to the Fifth Avenue stores is within walking distance. The southern half of Midtown West between the 34th and 42nd Streets is truly fascinating from a historical, cultural and social perspective. The Empire State Building is arguably the most famous in the world, going up to 102 levels and winning hearts with its art-deco design. It was once the tallest building in the world for four decades, rising up to 1,250 feet and being completed in the year 1931.

The Empire State Building is famous for its observation deck which is also regarded as one of the most thrilling places to be in NYC. It is situated right near the Herald Square Park and this area has the iconic 11 floor flagship store of Macy’s the acclaimed global brand, covering a whole city block. It was once the biggest store in the world and has everything on offer from apparel to home décor, restaurants and even salons. Venture onto 34th Street and find a bevy of apparel stores and restaurants along the stretch in tandem with the Manhattan Mall which is another major landmark. Diamonds & Dials is where fastidious luxury watch and jewellery buyers can land while the popular Macy’s Thanksgiving Day Parade (held annually) is a treat to watch at Herald Square if you’re lucky. The list of temptations does not end here. Koreatown is located nearby which is a bustling zone between the Fifth and Sixth Avenues. From relaxing spa sessions with karaoke nights and lip-smacking local cuisine, Koreatown is where you will have an absolute blast with your loved ones in tow!

The zone stretching west from Herald Square has several other landmarks in store for you including the fourth version of the Madison Square Garden right above the Penn Station on 34th Street and Seventh Avenue. Home to the Knicks and Rangers, it also has a famous residency by Billy Joel who has played here every month for several years now. The schedule of the venue is always jostling with the biggest performers, comedians, musicians and other acts. You will then find Penn Station, the USA’s busiest train station, catering to the MTA, Amtrak, New Jersey Transit and Long Island Rail Road. From 8th Avenue, you will find the James A. Farley Post Office, the General Post Office in New York City. This is a National Historic Landmark that has an inscription saying Neither snow nor rain nor heat nor gloom of night stays these couriers from the swift completion of their appointed rounds. Move past this historic landmark to find the Port Authority Bus Terminal at the junction of 42nd Street and Eighth Avenue.

A Refreshing Walk Through Midtown West

Continue your stroll down Fifth Avenue and 42nd Street and you will chance upon the pristine Bryant Park. A tribute to writer William Cullen Bryant, this park is the popular venue for a whole host of events in NYC including movie screenings in the summer, Fashion Week and Winter Village at Bryant Park with the popular ice skating rink. Next to the park is the mind-boggling New York Public Library. The main branch (known as the Stephen A. Schwarzman Building) is situated here and it was completed back in 1911.

Book lovers will adore the hallowed portals of the library and its rotating exhibitions along with its status as one of the best research libraries in the whole world. Children’s books are also circulated in the basement. Trickle down to Seventh Avenue which is also affectionately called Fashion Avenue and find almost anything and everything linked to fashion between West 36th and 40th Streets. This is the stretch going till Eighth Avenue. Truly paradise for shopaholics and fashion lovers, you will find everything here from a variety of furs and enticing fabrics to buttons and other accessories. Discover wholesale fur shops on Seventh Avenue and 29th Street while exploring the Garment District between Fifth and Ninth Avenues (34th-42nd Street). This is regarded as the hub of fashion manufacturing and design in the entire nation. The Fashion Walk of Fame covers the eastern side of the thoroughfare between the 35th and 41st Streets with famous names honored here including Calvin Klein, Marc Jacobs, Ralph Lauren, Donna Karan, Betsey Johnson, Oscar de la Renta and more.

And then you’ll find yourself at the iconic Times Square which is next to the Broadway Theater District, both of which need no introduction. The Rockefeller Center is another nearby attraction along with the glitzy stores on Fifth Avenue. If you’ve got some more time, you can head to the Flatiron District which is famous for its Flatiron Building, the triangular behemoth located at the intersection of Fifth Avenue and Broadway. Built way back in the year 1902, this building has a façade made of limestone and terra-cotta with a distinctive Beaux-Arts design template and a narrow end of only 6 feet or 1.8 meters. Get off at the subway station on 23rd Street for several activities including comedy shows at The PIT, literary sessions at the famous Rizzoli Bookstore or musical performances at the Gramercy Theatre. Midtown West is the best place to simply venture out by yourself for a rich dose of history, art, culture, shopping, food and basically everything else!

Finding the best restaurants or eateries in Midtown West can be a tricky affair owing to the wealth of options dotting the area. Here’s taking a look at some of the popular ones that you can try.

All our properties have been verified by experienced property managers. 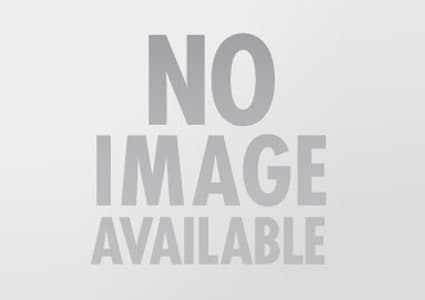