Demand has soared for furnished apartments in Detroit owing to the city’s position as a pre-eminent business and industrial hub. Detroit is the biggest and most populated city in the U.S. State of Michigan and the biggest along the USA-Canada border while also being the Wayne County administrative seat. Detroit has its metropolitan zone called Metro Detroit and this is the second biggest in the Midwest Region. The city is known for its contributions to culture, art, music, design and architecture over the years along with its prowess in automotive manufacturing.

Some of Our Top Furnished Apartments in Detroit are:

Offering added amenities like fully equipped kitchens, private access, room cleaning and concierge (wherever available), flat-screen televisions and high-speed Wi-Fi, these furnished apartments are ideal choices for both business and leisure travellers seeking comfort, convenience and practicality during their stay in Detroit.

Furnished apartments are swiftly becoming preferred options with regard to accommodation for new residents in Detroit and tourists alike. Of course, it is quite natural that they are popular picks since they offer multifarious advantages. They are a perfect mixture of comfort and convenience with the best contemporary amenities to match. These Detroit furnished apartments are ideal alternatives to conventional rental accommodation.

Additionally, all major aspects are taken care of, including bills, maintenance costs, agency fees, deposits, accessories and furnishings. These apartments are usually located in close proximity to major underground and metro stations along with tourist landmarks, business hubs and more. Some apartments even have added amenities like swimming pools and gymnasiums among others.

Being serviced accommodation experts, we understand that guests require a place that they can consider as a second home during their stay in Detroit. We offer units which are luxuriously furnished with the best amenities and also ensure round-the-clock support and assistance.

Corporate housing in Detroit is a key plus point for those travelling to the city on business. These units offer the best amenities and facilities for ultimate relaxation including comfortable beds, flat-screen televisions, well-equipped kitchens, appliances and high-speed Wi-Fi. Detroit corporate housing is also located in close proximity to major corporate and business hubs along with public transportation facilities as well. Cosy, comfortable and bespoke accommodation awaits corporate and business guests for an enjoyable stay in the city.

The short term rentals in Detroit are ideal options for those staying for a few days or even a week (or even for longer periods!). Short-term stays can be made more comfortable with these apartments that offer strategic connectivity to major landmarks and public transportation facilities. They also come with all the amenities that travellers require, right from fully equipped kitchens to high-speed Wi-Fi and flat-screen televisions. They are ideal for enjoying short but fulfilling stays in Detroit.

Detroit is home to numerous attractions and tourist landmarks that draw people in large numbers every year for sightseeing and vacations. The business travellers will greatly appreciate corporate housing in Detroit that are impeccably furnished and offer the best amenities and facilities including fully equipped kitchens, vital appliances, flat-screen televisions and more. They are spacious and offer the best privacy and comfort for travellers. They are also situated at strategic locations which are in close proximity to not just public transportation facilities but also key tourist landmarks and city attractions.

Where to Stay in Detroit

Detroit is home to several beautiful neighbourhoods that are great places to stay in. Downtown Detroit is an ideal place to stay with its imposing skyscrapers, lovely boulevards and theaters along with its stores, restaurants and bars galore. Other popular neighbourhoods include The District, Greektown, Dearborn, Corktown and Mexicantown among others. 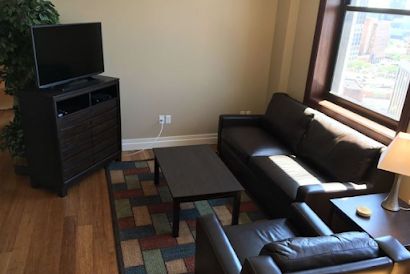 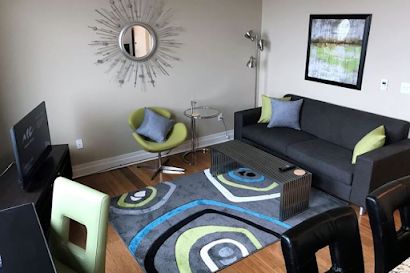 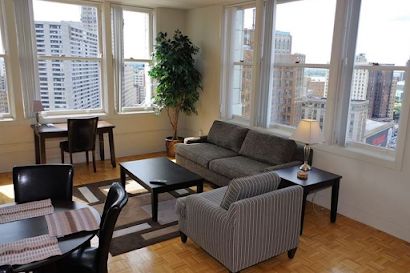 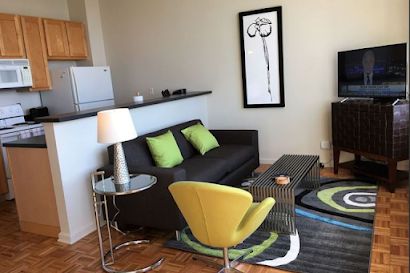 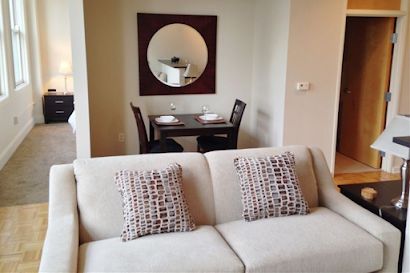 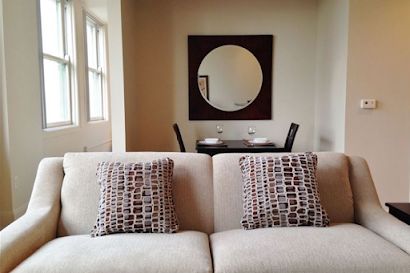 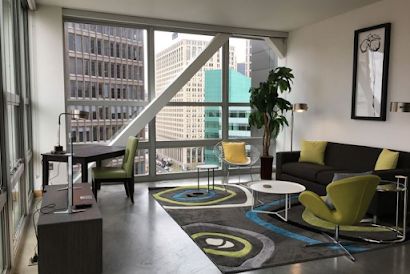 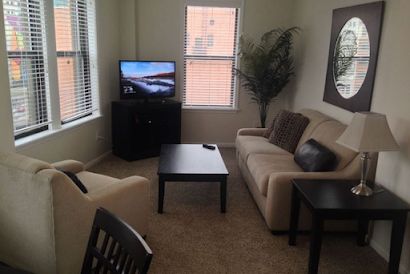 Things to know before booking serviced apartments in Detroit

No Data Found
More about Detroit

Detroit is the biggest and highest populated city in the State of Michigan and the biggest city along the U.S-Canada border. It is also the administrative seat of Wayne County. The metropolitan area is known as Metro Detroit and is the second biggest in the Midwest after the Chicago metropolitan zone.

Here are some more interesting facts about Detroit:

The Detroit Metropolitan Wayne County Airport is the key airport in Romulus nearby and the SMART FAST Michigan connects it to Downtown Detroit. The Coleman A. Young International Airport lies towards the northeast with only general aviation and charter services.

Cost of Living in Detroit

An average restaurant meal will cost around $9-50 in Detroit while a one-way transportation ticket costs roughly $2-2.50. Monthly passes come for $60 while utility costs hover around $188.02 on average. Rentals hover between $800-$2,500 every month for apartments in Detroit.

Here are some useful tips for visiting Detroit:

Things to Do in Detroit

There is no dearth of things to do in Detroit. Here’s taking a look at some of them.

1. What are popular things to do in Detroit?

2. What are some free things to do in Detroit?

3. Does Detroit have many romantic attractions?

Romantic activities in Detroit include exploring Belle Isle and the Eastern Market while enjoying at the Ford Drive-In movie theater and visiting the Sugar Hill Arts District. Walking tours are also recommended for couples.

4. What are family-friendly attractions in Detroit?

5. What are some unusual things to do in Detroit?

Unusual things to do in Detroit include attending the Theater Bizarre, taking a stroll across the Heidelberg Project, visiting the Museum of Contemporary Art, taking selfies at the Hamtramck Disneyland, shopping at the African Bead Museum and more.

Places to Visit in Detroit

Detroit has numerous places worth visiting. Some of them include the following:

Places to Eat in Detroit

Detroit has SMART FAST transit services to the city and suburbs with local routes and mass transit bus services are offered by the Detroit Department of Transportation within city limits. The People Mover elevated railway system runs daily while the RTA has cross-country buses on offer. Amtrak has services operating here too. Detroit also has its Detroit Metropolitan County Airport at Romulus and the nearby Coleman A. Young International Airport for general aviation and charter services.

Detroit has warm summers, freezing winters and cloudy skies all year round. The best time to visit is between mid June and mid September.