Dublin offers unique experiences to travelers in both leisure and business categories. It is one of the world’s most popular and culturally enlivened cities with a lot to offer to visitors. If you are looking for comfortable short or long term stays in Dublin, checking out the best serviced Dublin apartments may help. These apartments ensure greater comfort and convenience while being strategically located in proximity to major landmarks in and around the city. They are excellent options for enjoying peace, privacy and space during the trip while also benefiting from round the clock support and assistance.

Some of the best serviced apartments in Dublin include:

Serviced Dublin apartments are ideal solutions for travelers in contrast to regular rented accommodation. These apartments come with a plethora of benefits while offering the best amenities and facilities. Some even have fitness facilities and gymnasiums for helping guests maintain their fitness regimes without any hassles.

The best part about serviced apartments in Dublin is that they are free from several hassles like agency fees, deposits, maintenance charges, bills, furnishings, accessories, bedding, cutlery, appliances and more. They come equipped with everything you need for a memorable stay in the city.

These apartments are usually located in close proximity to major transportation links including bus stops, major thoroughfares, metro stations and more. They also offer easy access to key tourist landmarks and corporate/business hubs as well. They offer more space and privacy for travelers along with greater flexibility as compared to conventional accommodation.

Being serviced accommodation experts, we understand that guests will need a place that can double up as a second home during their stay. Our units come with luxurious and plush interiors along with the best facilities. We also retain a human touch throughout the entire process, ensuring swift resolution of all guest queries throughout their stays.

Corporate housing in Dublin is a necessity for business/corporate guests arriving in the city for extended stays. These units promise to offer greater convenience by way of their strategic locations near public transportation facilities and major business hubs. They also help with all vital appliances, well equipped kitchens and even high speed Wi-Fi and flat screen televisions. The sheer space and privacy on offer make these apartments ideal solutions for business travelers.

Short term rentals in Dublin are great choices for travelers who will be staying for some days or a week or even a little more! These apartments come with everything you need for shorter stays, right from all appliances and comfortable beds to high speed Wi-Fi, flat screen televisions, bathroom amenities, fully equipped kitchens and more. You will not have to spend much time on traveling since these apartments are located near public transportation connections and major tourist landmarks alike. All in all, they make for the best choices for short term stays in Dublin.

Luxuriously furnished apartments in Dublin offer ample space and delight to modern day holidayers. Be it solo travelers, couples or families, these apartments suit all requirements. They come with the best amenities including well equipped kitchens, appliances, high speed Wi-Fi and flat screen televisions to name only a few. They are also well connected to major points of interest and tourist attractions along with helping you readily access major public transportation facilities as well. In short, they are the ideal solutions for your Dublin vacation.

Where to Stay in Dublin 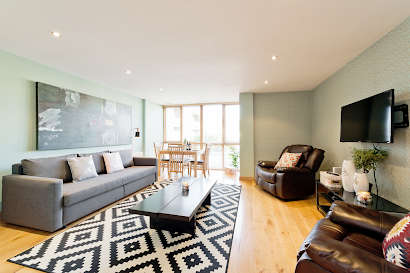 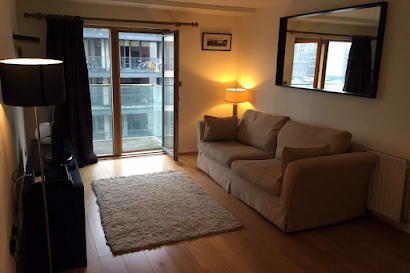 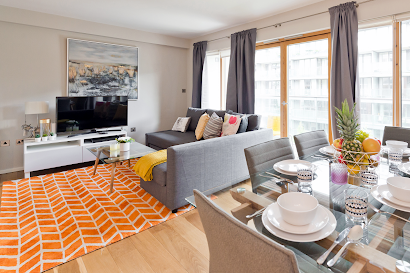 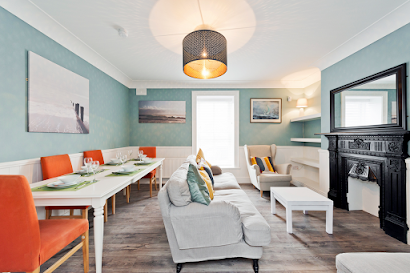 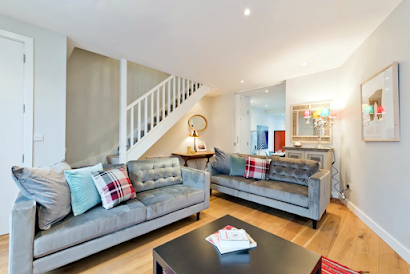 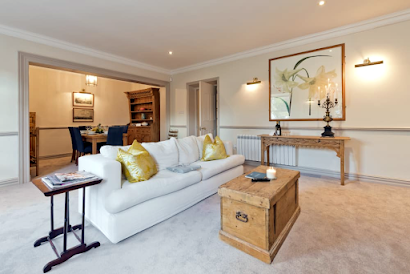 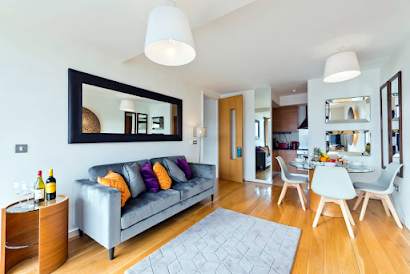 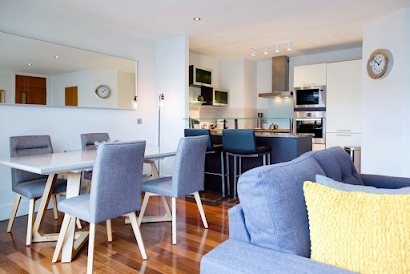 Things to know before booking serviced apartments in Dublin

Dublin is the capital of Ireland and the country’s largest city, lying on the bay in the eastern coast. It lies within the Leinster province and is bordered by the Wicklow and Dublin Mountains. There are debates regarding the origination of Dublin with settlements founded prior to or during the 7th century AD courtesy of the Gaels. Another Viking settlement followed this one. Dublin steadily turned into the principal settlement in Ireland after the Norman invasion. The city expanded from the 17th century and was once the second biggest city under the British Empire. Dublin became the capital of the Irish Free State after the 1922 partition and was renamed as Ireland. Here are some interesting facts about Dublin.

Dublin is the economic hub of Ireland and was listed as the world’s fourth richest city in 2009 (purchasing power) and 10th richest (personal income). Mercer’s 2011 index ranked it as the 13th costliest city in the European Union. The Greater Dublin Area provided employment for 874,400 individuals as of the year 2017. Dublin airport is operated and owned by DAA and lies near Swords in the Fingal administrative county. It is headquarters to national carrier Aer Lingus and CityJet along with Ryanair. The airport is the 11th busiest in the EU and catered to 21 million passengers in 2014.

Cost of Living in Dublin

A regular restaurant meal will cost around €15 while it will cost approximately €2.50-3.50 for a one-way transportation ticket. A monthly pass will come for €130 approximately while utilities are priced at roughly €158.26 every month. Housing rentals vary between €1,100-4,000 every month.

Here are some handy travel tips for visiting Dublin:

Things to Do in Dublin

Dublin offers a wide variety of things to do and see. Here’s taking a look at some of them:

Q. What are the most popular things to do in Dublin?

Popular things to do in Dublin include the Book of Kells at Trinity College, the Jeanie Johnston, Guinness Storehouse, Christ Church Cathedral, Phoenix Park, National Botanic Gardens and Dublin Castle.

Q. What are some free things to do in Dublin?

Q. Does Dublin have many romantic attractions?

Romantic attractions in Dublin include swimming at sunrise in Dun Laoghaire, walking along Croke Park, visiting Kilmainham Gaol and the Glasnevin Cemetery along with checking out the Dead Zoo within the Natural History Museum.

Q. What are the most family-friendly things to do in Dublin?

Family-friendly things to do in Dublin include visiting the Phoenix Park, Viking Splash Tours, National Concert Hall, The Ark, The Chocolate Warehouse and Dublinia Museum.

Q. What are the more unusual things to do in Dublin?

Unusual things to do in Dublin include Ulysses readings at Joycean Pharmacy, visiting a haunted library, spotting deer in Phoenix Park, taking the Secret Street tour of Dublin’s Liberties and enjoying the Irish Sea at Forty Foot.

Places to Visit in Dublin

There are several top places to visit in Dublin including the following:

Places to Eat in Dublin

Dublin has 200+ bus routes courtesy of Dublin Bus, Go Ahead Ireland and other smaller entities. The main railway terminals are Heuston and Connolly stations while there are several lines under the Dublin Suburban Rail network. One of the lines is the electrified DART line. The Luas light rail system was launched in 2004. There are ferry services along with the busy Dublin Airport and the nearby Weston Airport which is majorly used by the authorities.

Dublin has comfortable summers and cold winters. The best time to visit is between late June and early September.