What’s on in Eight Mile Plains

Eight Mile Plains is a Brisbane suburb that is carving a name for itself as the fashionable place to be for those visiting the city on business. Just a short journey from the Brisbane Central Business District, this residential area offers access to the wider city through its excellent public transport and proximity to arterial roads. It’s emerging social scene and ever increasing number of bars and restaurants has seen it taking on an unofficial status as the place for city workers who want to enjoy some new and exciting nightlife, whilst still having easy access to important locations to base themselves.

Where to stay in Eight Mile Plains

Due to its proximity to the business district, there are plenty of options for corporate housing in Eight Mile Plains, again making it the ideal place for those visiting Brisbane on business to base themselves. This kind of serviced accommodation is ideal for an extended stay, as it offers a kind of home from home, with full mod cons and kitchen facilities, whilst still having the conveniences of room cleaning and reception. Whether you are visiting for work or pleasure, our luxury apartments offer the perfect space to manage your trip to your individual standards.

What to do in Eight Mile Plains

Eight Mile plains itself is mostly residential - but that does not mean that visitors to the district will be found wanting when it comes to attractions. The immediate vicinity is filled with pubs, restaurants and bars, which have seen the area develop its own lifestyle culture - despite being in one of Australia’s biggest city, there is a feeling of local community here which is exhibited in the nightlife venues that are dotted around.

There are also plenty of parks in and around the neighbourhood, which are popular with dog-walkers, joggers and groups playing lawn sports in the summer months. There are also a few golf courses nearby. Despite being a modern residential area, there are also one or two heritage sites in Eight Mile Plains which attract many tourists all year round.

One of the area’s major selling points however, is its ease of access to the rest of Brisbane and its suburbs. This gives those staying in Eight Mile Plains access to a wealth of shopping, cultural and social opportunities, as well as numerous sporting facilities, parks and green spaces. Whether you choose to stay in the district, or explore the wider city, there is no shortage of things to do in Eight Mile Plains.

Eight Mile Plains has numerous high quality restaurants in its immediate vicinity and is particularly notable for its offering of international cuisine - particularly from Asia and the far east. Rice Paper Vietnamese Cuisine on Warrigal Road, or 218 Chinese Style Restaurant are local favourites, along with Sushi Train and Hakataya Ramen. For something a little more local, Glen Restaurant serves modern Australian seafood - all sourced locally.

There’s a few options for shopping in Eight Mile Plains. If you are looking to pick up groceries and basic retail goods, then 7 Days Shopping Centre on Padstow Road has several independent grocers and general goods stores. Likewise, the Outlook Village Shopping Center is good for basic needs. However, those seeking some more serious retail therapy will probably want to head into Brisbane city centre - especially if seeking high end fashion stores.

One of the great things about Eight Mile Plains is that many of the hotels in the area have open sports bars and restaurants, which make them great for grabbing a bite to eat or having a low-key night out - the Glen hotel especially is ideal for those visiting with family. There are also some great outdoor spaces, such as Henderson Park, or Holmead Park, which usually have things going on in the summer.

Brisbane’s local council operates one of the largest bus networks in Australia, which means there are numerous routes in and out of Eight Mile Plains, connecting it with the wider city. Brisbane centre also has numerous metro services, as well as overground rail running out towards other towns and cities. Another great feature of Brisbane is that the council has invested much in creating cycle routes - many of which provide scenic views of the city.

Brisbane is one of Australia’s most business-friendly cities, with many domestic and global firms basing themselves locally. Cromwell Property Group and Carindale Property Trust  are two of the biggest real estate firms, whilst Redflow Limited and Devine Limited represent represent the manufacturing sector. A spate of mergers and acquisitions in recent years have seen a surge in the local economy, as it regains momentum after a mining boom. 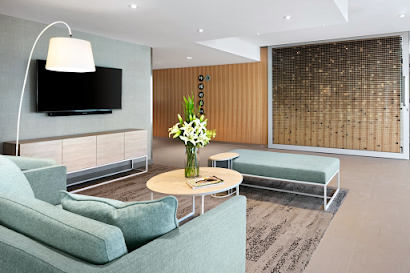