Hanoi is the capital of Vietnam, lying towards the north of the country. Demand is sky-high for furnished apartments in Hanoi with more business and leisure travelers seeking to rent apartments owing to its position as the major cultural, business and political hub of Vietnam.

Benefits of Serviced Apartments in Hanoi

There are numerous benefits offered by serviced apartments in Hanoi. These apartments are swiftly becoming a preferred accommodation type for both leisure and business travelers in Hanoi. They offer a better alternative towards selecting rental accommodation in Hanoi, providing enhanced comfort and more convenience along with the best contemporary amenities and facilities alike.

What lies behind the popularity of serviced apartments here? They come free from all contractual and legal hassles including maintenance charges, agency fees, deposits, bills, furnishings, bedding and other accessories. Everything is in place for guests. They are also located near major transportation points including underground or metro stations, bus stations and key thoroughfares. Some apartments even have added features like swimming pool and gymnasium access, subject to availability.

We are experts in serviced accommodation, providing our guests with a place that they can always call home. We ensure round the clock service and support for resolving queries swiftly, while creating a welcoming ambiance at our apartments courtesy of plush furnishings, ample privacy and the best facilities.

Corporate housing in Hanoi will definitely make life more comfortable and smooth for corporate and business guests. These apartments will offer suitable accommodation with ample privacy, more space and plush furnishings. They also offer great connectivity to public transportation facilities and business hubs while offering all necessary amenities like high-speed Wi-Fi, flat-screen televisions and fully equipped kitchens in tandem with round the clock assistance and support.

Short term rent apartments in Hanoi are highly recommended for memorable and comfortable stays in the city. These apartments will offer all the best and contemporary amenities along with security features, while ensuring good service and privacy at the same time. They are located strategically near transportation links and other landmarks as well. They will ensure a more relaxing and enjoyable trip for all travelers.

Holiday apartments in Hanoi will ensure greater relaxation, comfort and privacy for all travelers. These apartments lie strategically near major tourist landmarks and attractions in tandem with public transportation links. They offer more space and plush furnishings along with well equipped kitchens, appliances, flat-screen televisions, high-speed Wi-Fi and many other facilities for an enjoyable stay.

Where to Stay in Hanoi

You can choose to stay in neighborhoods like the Old Quarter or Hoan Kiem in Hanoi which is preferred by most tourists or even Tay Ho which is a buzzing area. Ba Dinh is popular amongst travelers who like staying near some of the city’s largest attractions while Truc Bach is suitable for a more relaxed and laidback vibe. 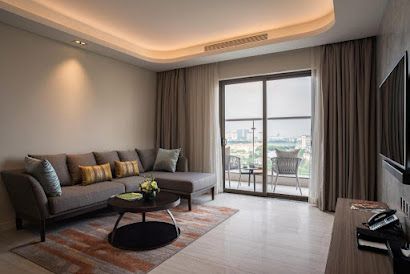 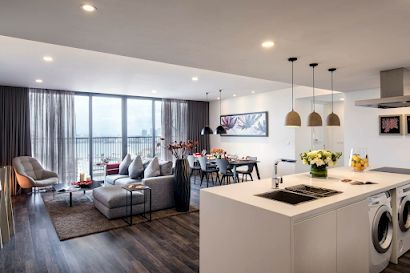 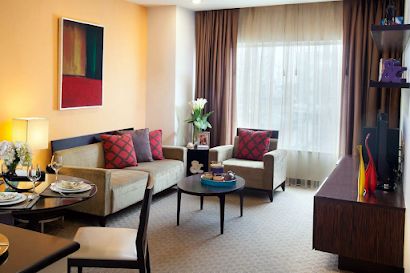 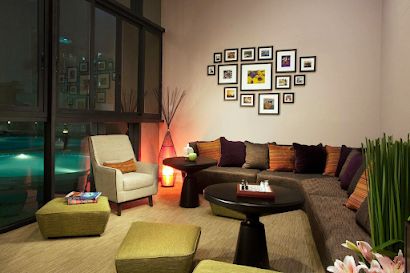 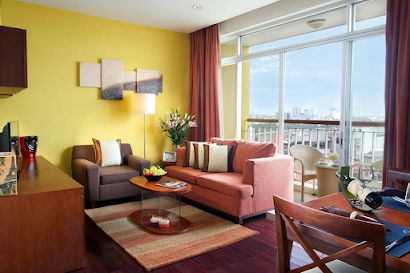 Things to know before booking serviced apartments in Hanoi

No Data Found
More about Hanoi

Hanoi is Vietnam’s capital while also being the second biggest city in the entire country, comprising of 12 urban districts, 17 rural districts and a district-leveled town within the Red River Delta. It is the city’s political and cultural hub and here are some interesting facts about the same.

Hanoi contributed 12.6% of the country’s GDP in 2013, exporting 7.5% of overall exports and reaching nominal GDP of 451,213 billion VND. Hanoi is also home to the Noi Bai International Airport in the Soc Son District, roughly 15 kilometres away from the city. The new T2 international terminal was built in 2015 as a major facelift for the Airport.

Cost of Living in Hanoi

There are several tips that will serve you well during your visit to Hanoi. Here’s taking a look at some of them.

Things to Do in Hanoi

Hanoi has ample things to do and attractions in store for tourists and visitors. Here’s taking a look at the same.

Q. What are the most popular things to do in Hanoi?

Q. What are some free things to do in Hanoi?

Q. Does Hanoi have many romantic attractions?

The Famous Bridge of Long Bien is a key romantic attraction along with the La Bella Spa, Gourmet Corner Restaurant, Hoan Kiem Lake and West Lake.

Q. What are the most family-friendly things to do in Hanoi?

Q. What are the more unusual things to do in Hanoi?

Places to Visit in Hanoi

There are numerous attractions in Hanoi including the following:

Places to Eat in Hanoi

When it comes to enjoying delectable street food in Hanoi, you should not miss Pho, Cha Ca, Bun Cha, Banh Cuon and Com. Pho has two varieties, namely Pho Bo and Pho Ga. Pho is the national dish of Vietnam and has earned the rating of being one of the best 5 street food dishes in the whole world! Hanoi has several restaurants serving up dishes with snake and other insect varieties. Several of these joints may be found in Hanoi’s Khuong Thuong Village. Signature dishes here contain ant-eggs which are processed, in the Thai or Muong or Tay Vietnamese culinary styles.

If you are going shopping in Hanoi, make sure that you check out the top shopping malls here including the Trang Tien Plaza, Vincom Center, Garden Shopping Center and Indochina Plaza. You should also check out the Vincom Royal City Megamall, Asia’s biggest underground shopping mall and also Vincom Times City Megamall. There is also the popular Lotte Department Store and Aeon Mall Long Bien.

Hanoi has its own Noi Bai International Airport within the Soc Son District, 15 kilometers away from the main city. The T2 international terminal was set up in 2015. Taxis are amply available in Hanoi while several Vietnam Railways train routes go through the city as well. Motorbikes, buses and cars are other key transportation forms. Two metro lines are being built for covering the city, namely Lines 2A and 3. Many travelers prefer renting motorbikes for getting around the city.

Hanoi has a humid and overcast wet season while the dry season is more comfortable although humid. Temperatures usually hover between 57 and 92 degrees Fahrenheit. The best time to visit is between early February and mid April and also between late October and late December.