What’s on in Henderson

Henderson is a fashionable suburb of Auckland that features plenty of great entertainment, bars, restaurants and a large shopping centre. There are also numerous other independent and brand stores, which have seen Henderson emerge as the city’s go-to area for retail therapy. The district is also surrounded by wine estates and golf courses, making it the perfect base for those planning excursions out of the city proper. From world class entertainment facilities to a relaxing parks and gardens, you will always find something to do in Henderson.

Where to stay in Henderson

Henderson is a modern suburb and offers a huge selection of accommodation options, from hotels to backpacker hostels. However, if you are on a business trip or planning and extended stay in Auckland, then you may wish to consider serviced apartments. Ranging from studios to luxury corporate housing, these properties offer many of the conveniences of a hotel, such as room cleaning and reception services, whilst also having the privacy of private access and the considerable advantage of fully equipped kitchen facilities for those who wish to arrange their own catering. The Squa.re present a range of such properties, each selected according to our exacting standards and offering you the best the area has to offer.

What to do in Henderson

Henderson has a great mix of commercial and residential areas, which give it a relaxed atmosphere compared to the city centre, whilst still ensuring there are always things going on. Whether you enjoy relaxing in an artisan cafe or partying the night away at a fashionable night club, Henderson’s exciting social scene is sure to have something for you.

The area has some fantastic shopping and leisure facilities - including shopping malls, cinemas and live music venues. There are also several contemporary art galleries in the immediate vicinity, for those seeking some suburban culture. Further to all of this, there are also plenty of parks and green spaces to enjoy some outdoor recreation time - many of which host small-scale events in the summer months.

Another advantage of Henderson is its proximity to Auckland city centre. Anyone staying in the suburb has easy access to the myriad of sights, attractions and cultural offerings of New Zealand’s biggest city. Alternatively, why not head out of the urban area to enjoy the vineyards and golf courses that are dotted all over the surrounding countryside? Whatever you enjoy, Henderson is a great place to base yourself and enjoy all that the Auckland region has to offer.

Tips for staying in Henderson

Henderson has plenty of restaurants and eateries right on its doorstep - from world cuisine to local specialties. The Grounds Eatery on Henderson Valley Road is popular with locals and tourists alike, offering a range of simple dishes in a fun and relaxed atmosphere. Alternatively, Adriatico Ristorante is the area’s favourite Italian, with seasonal dishes made to authentic Tuscan recipes.

Henderson is home to the region’s major shopping centre: WestCity Waitakere, featuring some 9 acres of retail space and over 130 stores, selling everything from designer goods to consumer electronics. Outside of this there are several other shops dotted all over the district, including convenience stores, such as Shop’n’Stop, as well as numerous charity stores and independent retailers.

Henderson has some great opportunities for those who enjoy motorsport. Blastacars Drift Karts offers visitors a day at the races, whilst Rosebank Speedway holds several race events throughout the week. For those visiting with family, nearby Auckland Zoo is a fun day out, as is Kiwi Valley farm, with its adventure playground and mazes. Alternatively, a trip into the centre of Auckland city opens up numerous possibilities for theatres, museums and galleries.

Auckland, and therefore Henderson,  has an excellent public transport system comprised of buses, trains and ferries. Both trains and buses provide an easy and quick way into the city centre, as well as to other suburbs and surrounding areas. There are also ferries for exploring the waterways and water taxis for making scenic trips across the harbour. All central transport can be paid for with The At Hop card, which offers discount for multiple journeys.

Auckland is New Zealand’s biggest city and therefore  host to many leading firms and organisations. Manufacturing is one of the biggest sectors, represented by New Zealand Steel, Crown Lynn and Temperzone, whilst several financial services firms are also headquartered locally, including the Bank of New Zealand and Hanover Finance. Of course, there are also numerous tourist groups and operators in the area, as well as accompanying marketing firms. 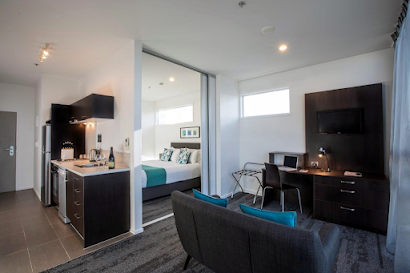