Ho Chi Minh City is the biggest city in Vietnam, nestled along the Saigon River while covering roughly 2,061 square kilometers. Being a major business and tourism destination, demand is naturally on the higher side for serviced apartments in Ho Chi Minh City.

Top Furnished Apartments in Ho Chi Minh for your Perusal

What lies behind their overwhelming popularity? It should be mentioned that all contractual, legal and other aspects are covered at the outset. Travelers do not have to worry about maintenance charges, agency costs, deposits, bills, furnishings and so on. They are also located near major transportation points including metro stations, bus stops, underground stations and key thoroughfares. This makes it easier to visit major tourist landmarks and business destinations alike. Some apartments even get features like gymnasiums, swimming pools and other facilities depending upon availability.

Being serviced accommodation experts, we understand how guests need a place that doubles up as a second home with plush interiors and furnishings, a warm and private ambiance and the best facilities. We make sure that we integrate a more human touch into the proceedings while guests can expect round the clock assistance and impeccable service alike.

Corporate housing in Ho Chi Minh City will delight business travelers immensely. The city is known for its plethora of business hubs and for attracting large numbers of corporate travelers every year. However, they require suitable accommodation for business trips and this is where we offer bespoke and plush units designed to ensure greater comfort and convenience.

Within every corporate housing unit, guests will enjoy facilities like well-equipped kitchens and appliances, high-speed Wi-Fi, flat-screen televisions and a lot more for enabling superior relaxation and unwinding.

You can choose to rent apartments in Ho Chi Minh for short-term stays. Of course, suitable accommodation is a must if you are staying for a shorter duration but conventional establishments are mostly bereft of total privacy, flexibility and convenience. Serviced apartments, on the other hand, give you the privacy and freedom you seek while offering the best dining, entertainment and connectivity features in turn. This will naturally add a whole new dimension to your trip, ensuring that your short-term stay is doubly memorable, backed up by round the clock service and assistance.

There are numerous holiday apartments in Ho Chi Minh City that you can take your pick from. Not every traveler comes to this magnetic city on business alone; there are tons of attractions to take in along with feasting on local delicacies and enjoying the very best shopping and entertainment experiences. For the perfect holiday, book a good serviced apartment in a strategic location. It will ensure the utmost relaxation, privacy and comfort. You can expect fully equipped kitchens, flat-screen televisions, high-speed Wi-Fi, plush furnishings and more space than a conventional establishment would offer.

Where to Stay in Ho Chi Minh

There are several popular neighborhoods that travelers may consider. The District 1 and 3 are both good areas to stay, particularly since you will come across numerous backpackers and a bustling ambiance which feels safe, secure and vibrant. Families usually prefer Binh Thanh while backpackers also like District 2. Tourists also love staying in Chinatown or Pham Ngu Lao Street. One of the best places to stay is also Bach Dang Riverside or District 7 that is equally popular. 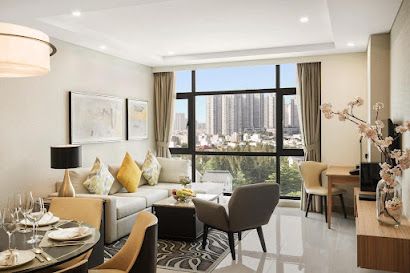 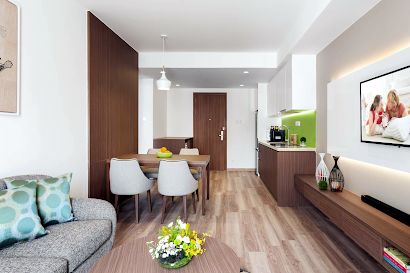 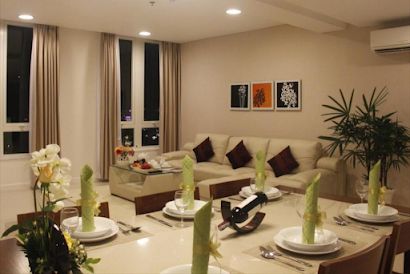 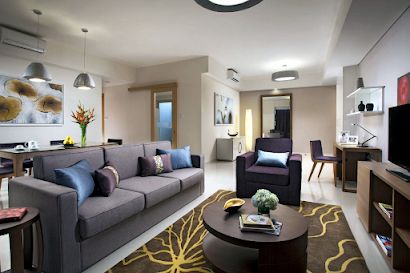 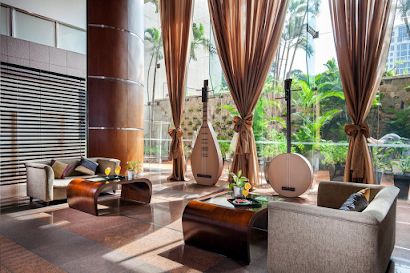 Before settlements by the Vietnamese back in the 17th century, Ho Chi Minh was a sparsely populated zone which had been included in age-old Khmer, Champa and Funan Empires. With the Vietnamese arrivals, the area started witnessing growth in its population and the city was established from 1623-1698. Here are some interesting facts about the city that you should know:

Ho Chi Minh City has the Tan Son Nhat International Airport, the biggest in Vietnam, handling 15.5 million people as of 2010, drawing more than 50% of total countrywide air traffic. The Long Thanh International Airport is anticipated to be ready by 2025, lying 40 kilometers away from the City.

Ho Chi Minh City is welcoming to travelers and has its own share of wonderful attractions and historical landmarks. Here are some tips for visiting the beautiful city that you will find useful:

Things to Do In Ho Chi Minh City

Ho Chi Minh City has a plethora of attractions available for tourists and visitors. Here’s taking a closer look at the same.

Q1. What are the most popular things to do in Ho Chi Minh?

Some of the most popular things to do in Ho Chi Minh City include visiting the Cu Chi Tunnels, Golden Dragon Water Puppet Theater, War Remnants Museum, Mekong Delta and Notre Dame Cathedral Basilica of Saigon along with the Post Office, Reunification Palace and Thien Hau Temple in Chinatown.

Q2. What are some free things to do in Ho Chi Min?

Popular free activities including exploring the famous Backpackers District and Buddhist Temples along with free walking tours, visiting the Notre Dame Cathedral and the Post Office, window shopping at the Ben Thanh Market and free concerts at the Ho Chi Minh Opera House.

Q3. Does Ho Chi Minh have many romantic attractions?

Q4. What are the most family-friendly things to do in Ho Chi Minh?

Q5. What are the more unusual things to do in Ho Chi Minh?

Some unusual things to do in Ho Chi Minh City include exploring the Backpackers District, visiting Buddhist Temples, taking photographs of the Pink Church or the Tan Dinh Church, enjoying delicious Pho at streetside outlets and discovering Cholon or Chinatown.

There are numerous beautiful places worth visiting in Ho Chi Minh City. Some of them include the following:

There are several great places to eat in Ho Chi Minh including Shri Restaurant & Lounge that offers gorgeous views and lip-smacking cuisine and Skewers Restaurant that whips up Mediterranean delights. You should also try Cuc Gach Quan for local Vietnamese cuisine.

Street food in Ho Chi Minh includes the popular Banh Mi and Op La along with Pho which is served up at several eateries including Pho Le, Pho Pasteur, Pho Tau Bay and others. Bun Rieu is another delicacy worth trying during your stay.

Shopping in Ho Chi Minh means checking out Vincom and Saigon Square among other premier malls in tandem with fashion boutiques such as L’usine and Mayhem Saigon. Other places to shop include the Ben Thanh Market, Juno for shoes and Valerie Cordier for bags.

Ho Chi Minh has its Tan Son Nhat International Airport with another international airport coming up by 2025. There is a railway network throughout the city along with waterways on the Saigon River. The Ho Chi Minh City Metro network is being developed in multiple phases while there are public buses on several routes.

The weather in Ho Chi Minh City is mostly overcast and cloudy throughout the dry and wet seasons. The temperature is mostly humid and the best time to visit is between early December and late in March.