What’s on in Kelvin Grove

Kelvin Grove is home to the Queensland University of Technology (QUT) Creative Industries and therefore has a lively social and cultural scene. The universty has top fashion, music, visual arts,, film and television and journalism courses, which have lent the surrounding area a unique and creative atmosphere. A modern and contemporary urban environment, Kelvin Grove caters to its community with a string of cafes, restaurants and bars, colourful weekend farmer's markets and the purpose built theatre-in-the-round, La Boite.

Where to stay in Kelvin Grove

Kelvin Grove is a purpose built urban space to accommodate Brisbane’s creative community - by definition it is full of fantastic accommodation, ranging from self-contained studios to luxury apartments. If you are planning an extended stay in the area, then the large selection of serviced apartments in Kelvin Grove offer a great way of enjoying all the benefits of a traditional hotel, such as room cleaning and reception services, whilst affording you all the privacy of your own private space, as well as the added advantage of extensive kitchen facilities, to allow for true self-catering.

What to do in Kelvin Grove

Kelvin Grove’s diverse community has seen the area develop a superb cultural and social scene, making it an ideal location for being out and about - whether during the day or in the evening time. It’s range of bars, cafes and restaurants mean there’s no shortage of places to go, whilst the nearby university means every venue always has a fun and lively atmosphere.

Kelvin Grove is also a good place for those who enjoy the outdoors, as its wide, tree-lined streets, open parks and green spaces mean there’s plenty of opportunity to enjoy the clement weather. The university campus itself is also a great place to wander around, with its unique architecture and well-kept gardens.

Alternatively, the areas location puts it within easy reach of Brisbane city centre. This means visitors have the option of travelling into town to enjoy the myriad of attractions that this modern metropolis has to offer - from fine dining to world class art exhibitions. So whether you plan to stay in Kelvin Grove or venture a little further afield, there’s no shortage of things to do in the area.

Tips for staying in Kelvin Grove

Whilst there aren’t any major shopping centres in the immediate vicinity, Kelvin Grove’s proximity to Brisbane city centre mean it’s easy enough to travel into town to find several modern malls. Locally, there is a diverse smattering of stores, including The Village Centre on Musk Avenue, which provides a selection of grocery stores and a few independents. There’s also QUT Kelvin Grove Bookshop, the Water Skiers connection, and Bargain Mania - representing the eclectic mix of retailers in the area.

Despite being a relatively small area, Kelvin Grove has plenty to offer visitors. The Saturday market is filled with market-style stalls and local produce, which draws visitors from across the city. Golf fans will be happy to find the only inner-city golf course in the immediate vicinity. Other local attractions include Queensland's cultural precinct and La Boite Theatre, Australia's only purpose-built round theatre.

Brisbane city council operates Australia’s biggest bus network, which is undoubtably the best way to get around Kelvin Grove, especially for those wanting to travel into the city centre. Of course, the city itself also has numerous metro services, as well as overground rail running out towards other towns and cities. Kelvin Grove itself has several cycle routes and is also localised enough to make it easy to get around on foot.

Brisbane is an up and coming economic powerhouse in the country, with numerous firms based locally. Financial services dominate locally, including Suncorp Group Insurance, The Bank of Queensland and Pinnacle Investment Management Group. There are also several large retail firms, such as A.P. Eagers and Super Retail Group. The area has also seen a surge in tech start-ups choosing to take advantage of the city’s population of young professionals. 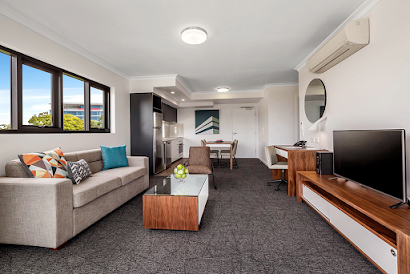