Demand has gone up steadily for serviced apartments in Kuala Lumpur owing to the city’s pre-eminent status as a business and tourist destination. Travelers prefer to rent apartments in the Federal Territory of Kuala Lumpur and the capital of Malaysia. It is the biggest city in the country while Greater Kuala Lumpur is also known as Klang Valley. It is one of the fastest developing metropolitan zones in Southeast Asia by way of both economic development and population alike.

Furnished apartments in Kuala Lumpur offer numerous benefits to travelers, especially in terms of covering all the basic aspects like maintenance and agency fees, bills, deposit, furnishings, accessories and the like. Travelers do not have to worry about all these aspects while they also enjoy the best modern amenities and even added provisions like swimming pools and gymnasiums wherever applicable.

We understand how guests require a second home in Kuala Lumpur while staying here for work or leisure. To that end, we offer the best amenities, plush and luxuriously furnished accommodation, complete privacy and round the clock customer assistance and support.

Corporate housing in Kuala Lumpur is a great choice for all corporate and business guests seeking comfortable and practical stays in the city. These apartments are strategically located near major public transportation hubs and attractions along with corporate hubs. They offer the best amenities like high-speed Wi-Fi, flat-screen televisions and fully equipped kitchens among others.

Those landing in Kuala Lumpur for shorter durations will find these apartments really comfortable and practical. Short term rent apartments in Kuala Lumpur offer the best amenities and facilities including fully equipped kitchens, high-speed Wi-Fi and security features along with providing easy access to tourist landmarks and public transportation facilities alike. They make for comfortable and spacious accommodation options for short-term travelers.

Holiday apartments in Kuala Lumpur are ideal choices for leisure travelers and families who are seeking convenient, spacious and private accommodation while exploring the city. These units are conveniently located near major tourist attractions and public transportation facilities. They also offer ample space along with plush furnishings, comfortable beds, well-equipped kitchens and amenities like flat-screen televisions and high-speed Wi-Fi. To top it off, customer support is available round the clock for resolving your queries swiftly.

Where to Stay in Kuala Lumpur

Kuala Lumpur has several neighborhoods which are popular with tourists. These include the Kuala Lumpur City Centre which is frequented by expats and other areas like Bangsar, Bukit Bintang, Damansara Heights, Desa Sri Hartamas, Bukit Tunku and Mont Kiara. 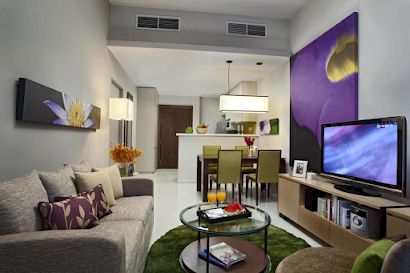 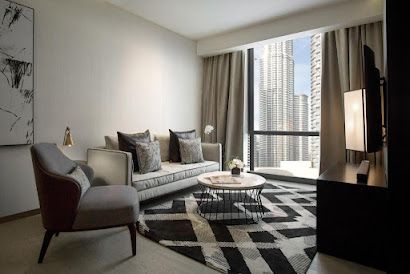 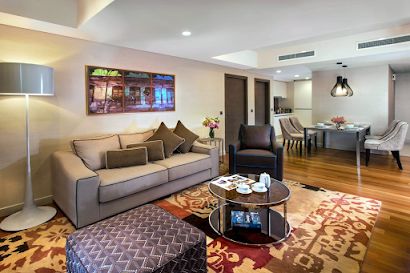 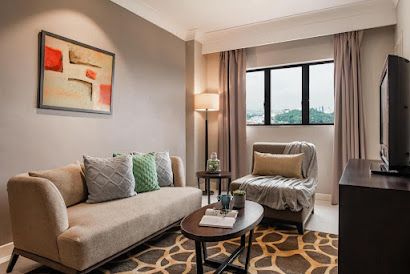 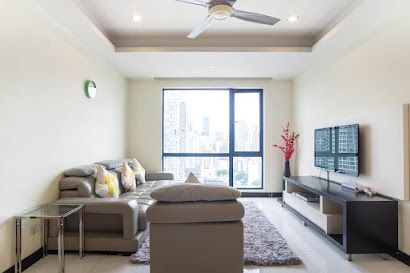 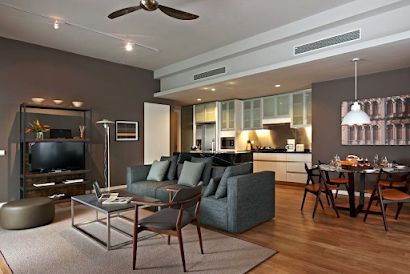 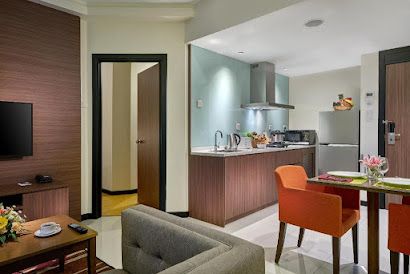 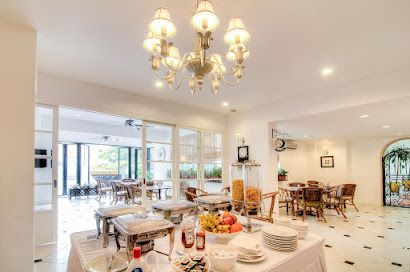 Things to know before booking serviced apartments in Kuala lumpur

Kuala Lumpur is officially called the Federal Territory of Kuala Lumpur and is the capital of Malaysia. Here are some interesting facts about Kuala Lumpur:

Kuala Lumpur has two airports, namely the main one which is KLIA (Kuala Lumpur International Airport) at Sepang in Selangor. This is also the main hub for aviation in Malaysia and 50 kilometers towards the south of the city. Sultan Abdul Aziz Shah Airport or Subang Skypark is the other airport. KLIA is the central hub for Malaysia Airlines, the national carrier and AirAsia. The KLIA Ekspres is the airport rail link service operated by KL Sentral, taking 28 minutes.

Cost of Living in Kuala Lumpur

Here are some tips for visiting Kuala Lumpur:

Things to Do in Kuala Lumpur

Kuala Lumpur has numerous things to do. Here’s taking a closer look at some of them:

Q1. What are popular things to do in Kuala Lumpur?

Popular things to do in Kuala Lumpur include visiting the Petronas Towers and KLCC Park along with the Menara Kuala Lumpur TV Tower, Merdeka Square, Chinatown, Sri Mahamariamman Temple and more.

Q2. What are some free things to do in Kuala Lumpur?

Q3. Does Kuala Lumpur have many romantic attractions?

Q4. What are family-friendly things to do in Kuala Lumpur?

Q5. What are unusual things to do in Kuala Lumpur?

Unusual things to do in Kuala Lumpur include having afternoon tea at the Orchid Conservatory, dining 45 meters in the sky and enjoying No Black Tie and jazz. You can learn how to cook tasty Malaysian cuisine while exploring the city on a Segway.

Places to Visit in Kuala Lumpur

There are several places to visit in Kuala Lumpur including the following:

Places to Eat in Kuala Lumpur

Kuala Lumpur is a vibrant conglomeration of diverse culinary styles from Southeast Asia. There is the sambal coming with the national dish or Nasi Lemak and you should try Nyonya foods where Santan is used amply. Curries have local ingredients while desserts like ais kacang and teh tarik are also popular. A street food hub is Jalan Alor.

Shopping in Kuala Lumpur means visiting Suria KLCC below the Petronas Twin Towers and Bukit Bintang District with the highest number of shopping malls like Fahrenheit 88, Pavilion, Berjaya Times Square, Plaza Low Yat, Lot 10, Quill City Mall and Sungei Wang Plaza. Try the Changkat area for shopping along with the Bangsar District and Petaling Street which have numerous stores. Kuala Lumpur has everything from budget stores to glitzy shopping malls.

Transportation options include Rapid Bus and Rail systems along with KL Sentral and Klang Valley Integrated Transit System. KTM Komuter is the commuter railway service while LRT is the medium-capacity railway line for the Klang Valley. MRT is the heavy-rail rapid transit system while people also use the KL Monorail. Kuala Lumpur has two airports, namely the Kuala Lumpur International Airport or KLIA at Sepang in Selangor and Sultan Abdul Aziz Shah Airport or Subang Skypark. Kuala Lumpur has Mini-Bus Services or Bas Mini KL networks that cover the entire city. This is one of the city’s oldest public transportation systems.

Kuala Lumpur witnesses hot, humid and overcast climates throughout the year. Temperatures usually vary between 73 and 91 degrees Fahrenheit while they rarely go below 70 degrees Fahrenheit or rise over 94 degrees Fahrenheit. The best time to visit Kuala Lumpur is between early in June and late in September. You can also consider visiting between mid December and mid March for enjoying the weather and outdoor attractions.