Located in the centre of London’s West End, Bloomsbury is an affluent residential area that is often considered to the capital’s literary and intellectual heartbeat. Boasting a wealth of museums, educational institutions, and other cultural attractions, the area is hugely popular with tourists and its picturesque regency architecture makes it one of the most popular places to stay for those visiting London. As such, there are plenty of choices when it comes to finding a place to stay. However, whilst the area has its fair share of hotels and guesthouses, an increasing number of visitors are discovering that serviced apartments in Bloomsbury offer a far more authentic experience of England’s capital.

Top Bloomsbury Serviced Apartments include properties such as:

With stylish design and all the homely comforts required for both, long and short stays, Bloomsbury Serviced Apartments are great places to stay in, during your visit to London. Each apartment includes high speed Wi-Fi, a comfortable living area, and a fully equipped kitchen.

These properties offer a much more personal experience of the city, as they are genuine home-like residences that provide many advantages over traditional accommodation. Aside from offering a much greater degree of privacy, these apartments come complete with a host of mod-cons, including Wi-Fi, air conditioning and home entertainment systems. What’s more, they also have the advantage of fully-equipped kitchen facilities, which means guests also have the option to self-cater their stay in London. Finally, serviced apartments in Bloomsbury also offer many advantages usually associated with hotels, including regular room cleaning, reception and concierge where available. 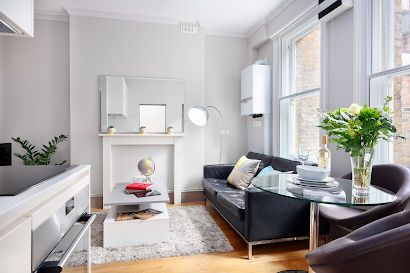 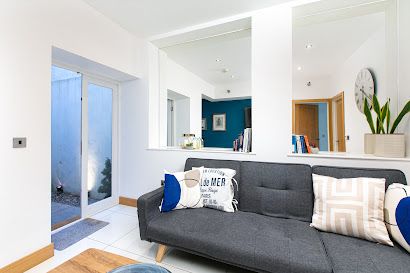 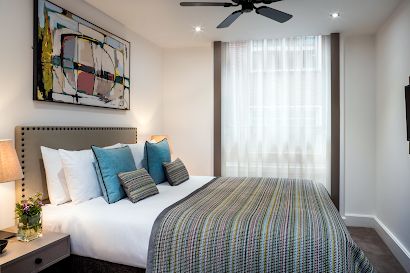 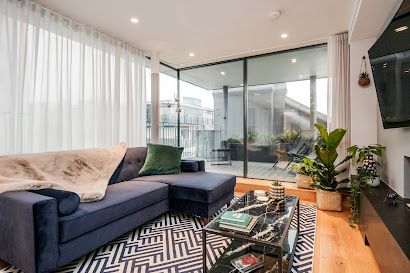 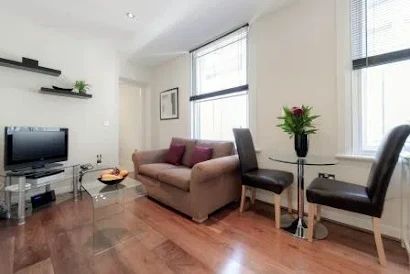 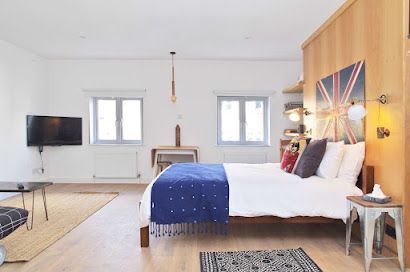 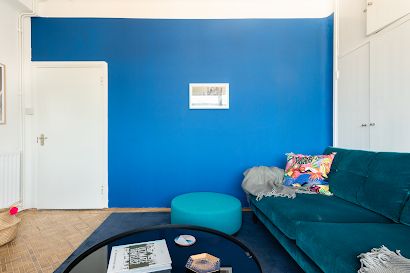 Where to Stay in Bloomsbury

While in Bloomsbury, London, you need the convenience of staying at a place that is near the facilities around the London City and also close to the bus terminuses and the tube stations. That will serve you purpose of your visit to the London City on a business trip. If you plan to visit as a tourist the Bloomsbury Serviced Apartments offer ideal locations. These are close to museums and other cultural attractions. The picturesque architecture of Bloomsbury makes it one of the most popular places among the tourists.

Bloomsbury is part of the London’s Borough of Camden and is frequented by tourists from world over.

Things to Do in Bloomsbury

Bloomsbury is one of the most popular neighbourhoods in London. Not only is it home to several of the city’s best museums, but it also has a wealth of cultural and educational landmarks, as well as plenty of family-friendly attractions. If that weren’t enough, Bloomsbury is also within walking distance of many of London’s most famous landmarks. As such, those staying locally will find they are never at a loss for something to do.

What is there to do in Bloomsbury?

Bloomsbury is a fantastic place for lovers of literature and progressive thought. There are numerous galleries, museums and sites of historical importance to explore. In fact, one popular thing to do is to hunt the plethora of blue plaques in the neighbourhood and follow in the footsteps of the Bloomsbury group.

Are there many outdoor attractions in Bloomsbury?

Whilst many of Bloomsbury’s top attractions are strictly indoor affairs, there are also a few things to see in the open air. The area is famed for its architecture and famous houses, so walking tours are extremely popular. There are also several picturesque green spaces, which are ideal for doing a little people watching during the summer months.

What are some free things to do in Bloomsbury?

One of the best things about London is that many of its most famous museums are completely free to enter. This includes the iconic British Museum - which is, of course, to be found in Bloomsbury. The aforementioned blue plaque hunt is also a great way to enjoy the local sights free of charge.

Are there many family-friendly attractions in Bloomsbury?

Bloomsbury is the perfect location for families, as it has such an abundance of educational and family-friendly attractions. Most museums cater to all ages and there are plenty of leisure and entertainment facilities in the area that offer children’s entertainment.

Places to Visit in Bloomsbury

Given that Bloomsbury is particularly famous for its educational and cultural heritage, it will be of little surprise that most of the popular places to visit locally are museums and galleries. However, thanks to its central location, anyone staying in Bloomsbury will find they have easy access to any of central London’s attractions. However, below is a selection of the main sights to see in Bloomsbury itself:

Places to Eat in Bloomsbury

Bloomsbury offers some fantastic places to dine out - as one may expect from a central London neighbourhood. From contemporary fine dining to traditional pub food, those looking for places to eat in Bloomsbury will find that all tastes are catered for.

Anyone looking for more sophisticated dining will find plenty on offer locally, including:

Alternatively, there are also several superb gastro pubs in the area:

Finally, those with a more adventurous palate looking to try some international cuisine have plenty of choices. Some popular eateries being:

Bloomsbury isn’t all upmarket restaurants and gastro pubs, the area also offers a surprising amount of street food vendors. Most of these are found on the western side of the neighbourhood - particularly down towards Great Russell Street and Tottenham Court Road.

Some popular places include:

Visitors to Bloomsbury will never be found wanting when it comes to places to shop. For one thing, the neighbourhood is within easy walking distance of Oxford Street and Regents Street - London’s top shopping high streets. It also houses plenty of its own independent artisan stores, as well as a few specialist markets. However, those seeking a more traditional retail experience can also head to one of several nearby malls, including:

Being well within central London’s urban area, Bloomsbury is part of the city’s extensive public transport network and therefore offers plenty of access to the wider city as well as to other parts of the UK. For trips within the city, the London Underground is usually the quickest and most cost-effective mode of transport. The stations local to Bloomsbury include:

Tube journeys can be paid for using the Oyster card system or by purchasing a daily travel card, both of which offer discounted rates over multiple journeys and are also valid on London buses. Bloomsbury is served by several bus routes as well as six-night buses. The closest mainline station is Euston, which offers fast services to Liverpool, Birmingham, and Edinburgh.

Being part of the London City the weather in Bloomsbury is temperate oceanic. It receives a good amount of rainfall all year round, average 5.66 mm. It has an average highest day temperature of 15oC and the average night temperature of 8oC.

Cost to Stay in Serviced Apartments in Bloomsbury

Bloomsbury is situated at the western end of the city of London. This is a district in the Greater London Borough. Bloomsbury is the home of the British Museum which has the tag of being the largest Museum in the entire United Kingdom. Bloomsbury is also full of several medical and academic institutions. The abundance of café and bookshops in this area also attracts interested students and tourists. Some of the well-reputed institutions of this place include the University College London, The University of Law, the Royal Academy of Digital Art, The British Medical Association and so on. Bloomsbury began to be developed in the late 18th century under the Earls of Southampton. Due to the home of so many universities, the demand for serviced apartments in this place is always high. The cost to Stay in Serviced Apartments in Bloomsbury is reasonable. Some of the major apartments of Bloomsbury are The Ridgemount, Bolsover Street, Portrait for Nina and so on. The cost to stay in those apartments ranges between £521 to £6078 per night.