Serviced Apartments in Chelsea are indicative of the style and class of the area. Fully equipped and stylishly designed, apartments in Chelsea offer fantastic connections to central London. Chelsea is famously one of London’s most affluent boroughs, known internationally for its stunning period properties, its incredible cultural attractions, and its fine dining establishments. Many visitors to London view Chelsea as the most desirable neighbourhood in which to stay - and for good reason. The area is bordered by the Thames to the south and Kensington to the north, meaning it is within easy reach of many of London’s most popular attractions and landmarks. The area also offers some of the most stunning accommodation anywhere in the city. Whilst some may have their sights set on one of the high-end hotels, more and more people are discovering the delights of private apartment lets - which offer the opportunity to stay in one of Chelsea’s stunning residential properties.

Some of the best-serviced apartments in Chelsea include:

The accommodation in Chelsea offered by TheSqua.re ranges from luxury apartments to affordable studios, with each promising to deliver tasteful, stylish interiors replete with the latest mod-cons. For those looking for enhanced convenience, serviced apartments also offer additional benefits such as room cleaning and reception. Finally, private apartments also include full kitchen facilities - making them perfect for those looking to self-cater. 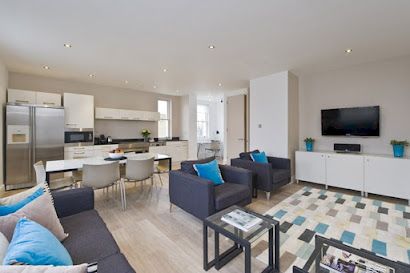 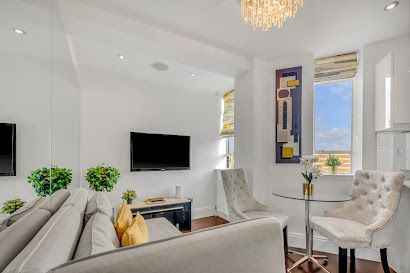 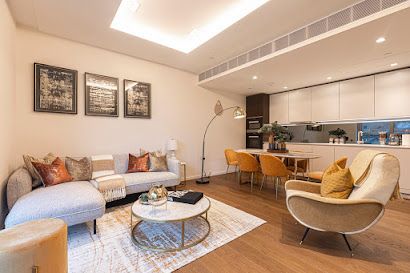 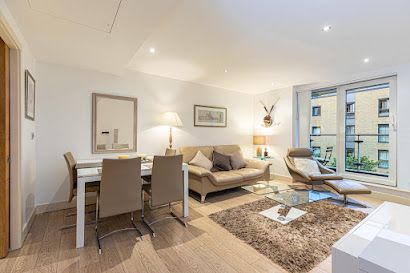 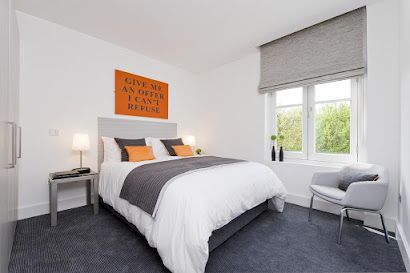 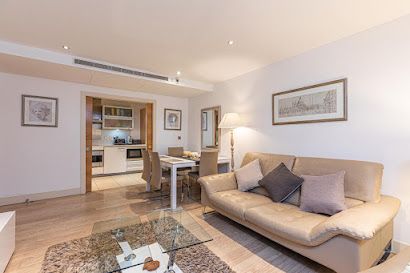 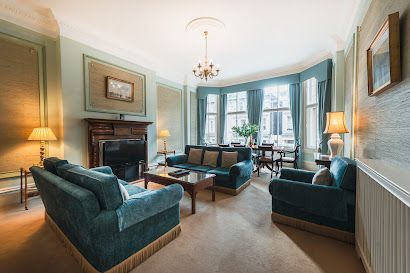 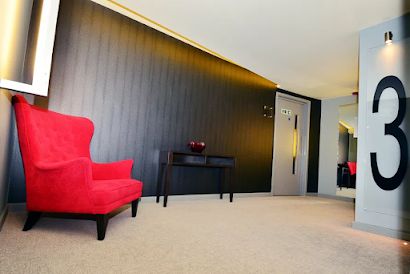 Where to Stay in Chelsea

Chelsea is known as one of London’s most desirable areas. Suffice to say that anyone staying in any part of the area is unlikely to be disappointed with their surroundings - whether it be expansive views of the Thames to the south, or within easy walking distance of Kensington’s museums to the north. However, Sloane Square is generally considered the best part of the neighbourhood - close to the local amenities and offering easy access to the local amenities as well as being close to the many landmarks and attractions of Westminster and Knightsbridge.

Chelsea’s reputation as an affluent area has endured for centuries, being a popular location for several British monarchs to build estates. Further to this, Chelsea is also famous in the culinary world for its contribution to baking with the popular Chelsea Bun. Throughout the years the area has also been at the forefront of several cultural and social movements.

Below are a few interesting facts about Chelsea:

Things to Do in Chelsea

Chelsea is a hugely popular area that not only offers a wealth of things to do locally, but also provides the ideal base from which to explore Greater London. Of course, the area also hosts the famous Chelsea Flower Show in the month of May, which sees millions of visitors flock to the neighbourhood. However, Chelsea also offers plenty of things to do throughout the year.

What are the most popular things to do in Chelsea?

Chelsea is part of the Royal Borough of Kensington and Chelsea, which is known as being the museum district of London. These world-class facilities are not just the most popular attractions in the neighbourhood, but they are some of the most popular in the whole of the UK.

What are some free things to do in Chelsea?

Once again, many of the world-class museums in Chelsea and neighbouring Kensington offer free admission, so it is one of the best places to be to enjoy London on a budget. Similarly, several of London’s sprawling green spaces are located nearby, which are also free to enjoy.

What is there to do in the evening in Chelsea?

Chelsea is the perfect place to spend an evening in London. The area’s picturesque streets make it perfect for taking a leisurely stroll along the Thames, whilst the abundance of high-end restaurants and traditional London pubs means there are plenty of opportunities to socialize over drinks or a bite to eat.

Is Chelsea close to many other attractions or famous places?

Chelsea itself is an iconic location, but it is also close to South Kensington, with its abundance of museums and Knightsbridge, famous of course for Harrods department store. Just across the river is also the iconic district of Battersea, which offers the opportunity to explore the real London, underneath the famous landmarks.

Places to Visit in Chelsea

One of the biggest advantages of staying in Chelsea is that it puts visitors right on the doorstep of some of London’s most iconic landmarks. From world-renowned museums to some of the most stunning city parks in the world, anyone staying in Chelsea will find plenty of famous attractions are just a short walk away. Alternatively, those wishing to explore the rest of the city will find there are plenty of transport links out of Chelsea and most of London’s major sights can be reached in just a few minutes.

Below is a selection of places to visit in and around Chelsea:

Places to Eat in Chelsea

As might be expected for such an affluent area, Chelsea has some of the best restaurants in London. Those staying locally will find every taste is catered to - from sophisticated fine dining to no-frills takeaways and pub food. However, fine dining is really where Chelsea shines, with several of London’s most prestigious restaurants based locally. These include:

However, Chelsea also caters to those looking to enjoy dining out in a more relaxed setting. There are several pubs in the area which are known for their excellent menus:

Visitors to Chelsea are spoilt for choice when it comes to shopping, as not only does Chelsea itself offer plenty of retail opportunities, but the area is also surrounded by many of London’s most famous shopping destinations. Both Kensington High Street and King’s Road are local to Chelsea - both of which are considered amongst the best shopping streets in London. There are also several markets operating in the vicinity - Portobello Road being the most famous of course. However, those seeking larger facilities also have the option of heading to one of the many nearby shopping malls.

Chelsea is, of course, part of London’s extensive transport network and therefore visitors will find they have no problems getting around. The neighbourhood itself is highly pedestrianised and an easy place to navigate on foot. There are also numerous bus routes servicing the area, with the 14, 49, 74 and 360 being some of the main routes during the day and the N74 and N97 running overnight. However, the London Underground is usually considered the easiest and most convenient way of getting in and out of the area and to the rest of the city. Chelsea is served predominantly by the Piccadilly and Circle and District Lines and has several stations in its vicinity.

The most cost-effective way of paying for public transport is to make use of London’s Oyster card payment system. This is particularly true for those planning to make regular trips around the city - a single trip to zone 1-2 will cost £2.40 whilst the equivalent single ticket is around £5. Similarly, a zone 1 - 4 Travelcard will cost around £14, whilst the Oyster is capped at £10.10.

Chelsea, as with the rest of London experiences four distinct seasons, with warm summers and cold winters. The summer months of July and August are usually warm without being too hot, whilst September sees cooler weather with an increased chance of rain. May is arguably the best time to visit Chelsea, as weather conditions are favourable and it is, of course, the month that hosts the Chelsea Flower Show. Winters in London can be cold, with temperatures dropping below freezing in the evening, however, London’s abundance of Christmas markets and events mean December is also a popular time to visit.

Cost to Stay in Serviced Apartments in Chelsea

Chelsea is an affluent area in West London, United Kingdom. It is located in the southwest of Charing Cross by approximately 2.5 miles.  The Chelsea area lies on the  North Bank of the River Thames. Historically, the Chelsea area has been a  part of a Manor and Parish in the Ossulstone hundred of Middlesex. The area became the metropolitan borough of Chelsea in 1990. However, in 1965, during the formation of Greater London, the area was merged with Kensington forming the Royal Borough of Kensington and Chelsea. Cost to Stay in Serviced Apartments in Chelsea ranges between average and above average. The Chelsea area, being the home of the world-famous Chelsea Football Club, has a huge demand for serviced apartments. Some of the major apartments in this Area are Penthouse Perfection, Bustling Tranquillity, and Kensington Coach House. Chelsea Mill, The Mighty Milbourne. The average cost of living in those apartments ranges from £192 per night to £1917 per night.