For those who have grown up in and around London or have lived there for many years, Hackney might not be top of their list for destinations to stay. However, for the younger generation and those looking to move into the capital it has become a particularly sought after and fashionable area.

Predictably situated in the London Borough of Hackney, the rise and rise of Hackney in recent years should have been predicted, given the startling turnaround in desirability seen by nearby neighbours Hoxton and Shoreditch.

Hackney is fast becoming a dream destination for the young up and comers who missed out when other East London areas began their rise from the ashes. East London is fashionable for a reason. It has a little bit of something for everyone - be it shopping, restaurants, clubbing - Hackney has it all!

Development has seen the area vastly improve but not to the detriment of the legendary East End spirit.

For those that want a taste of the trendy during their stay in London, here’s some of the top properties to be found in and around Hackney.

These are all properties that offer a real taste of home with all the mod-cons people would expect in their own houses. Things like high speed wi-fi throughout and home entertainment systems.

Some even have extras included in the price, such as concierge services, off street parking and gyms. 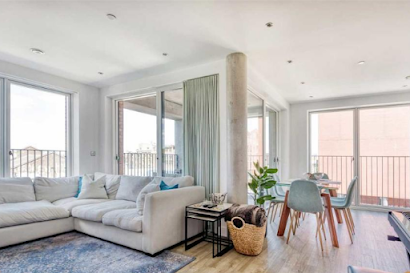 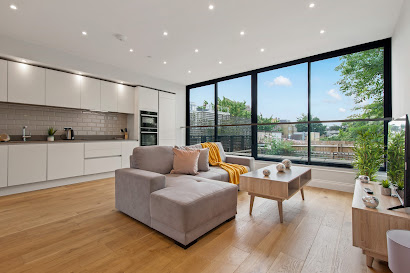 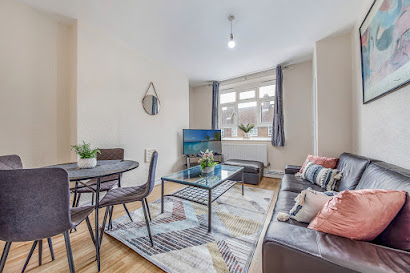 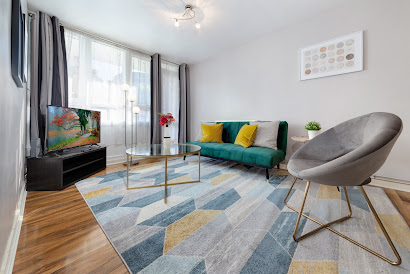 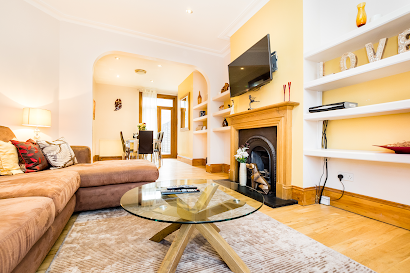 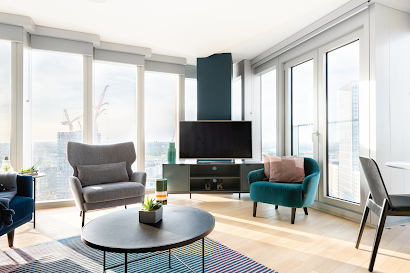 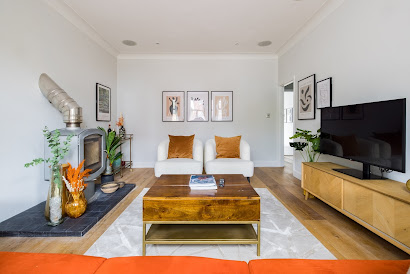 Business travellers choose Hackney as a base as Hackney is a destination in itself. It is minutes from the city and other business districts but it’s also a place from where the corporate world can very much be ‘escaped’.

The fact that Hackney is very much an evening entertainment district and as far removed as possible from the daytime corporate world is one of the things that most appeals to business travellers.

The serviced apartments in Hackney offered by TheSqua.re also offer the perfect solution to the modern demands of business travellers. Even for those who don’t want to go out and sample the delights of Hackney’s night life.

The apartments not only offer plenty in terms of home entertainment, including a modern flat screen TV as standard, they also offer private areas in which to relax in. Difficult to find in traditional hotel accommodation unless it’s amongst other people or in an overpriced suite.

There’s also the added bonus of a fully equipped kitchen. Eating out every night can end up being a tiresome, not to mention expensive process.

All of the serviced apartments in Hackney mentioned above are also close to public transport links, vital for busy corporate travellers.

Hackney might not traditionally have come top of many leisure traveller’s lists regarding places to stay in London. However, as a place which local Londoners seek out in order to have a good time it is fast becoming an in-demand location for the millions of leisure travellers that visit the city every year.

Serviced apartments in Hackney offer many perks to the discerning holidaymaker. First of all there’s the location. Hackney, despite not having an actual tube station itself, is still well immersed in the public transport of London. Easy connections to places such Liverpool Street open up the whole of London and all the famous landmarks, attractions and sights that come with it.

The apartments offered by TheSqua.re are also some of the finest properties in the area. Tastefully decorated, modern, luxurious with all the mod-cons. Gone are the days when leisure travellers were happy to stay at accommodation that offered them much less than their own homes.

Holidays are a time of fun and relaxation. If someone wants to cook a meal or even make their own sandwich for a day out in their accommodation then it should be possible, as standard.

This is where serviced apartments in Hackney from TheSqua.re meets these simple demands where traditional accommodation cannot.

Where to Stay in Hackney

Hackney is sometimes viewed as a place occupied by hipsters and the achingly trendy. This isn’t of course completely true, as with any place there are different areas each with its own unique personality.

In fact, in years gone by some of these would have been their very own little town or village.

Hackney is very much considered an integral part of East London but interestingly, places like Stamford Hill, De Beauvoir Town and West Hackney are all accepted areas of Hackney, but aren’t always considered as East London.

Everybody knows that London has a rich and varied history, it’s one of the reasons why so many people flock to the city every year. But London is a big place and hasn’t always been one giant metropolis. Towns and villages have been brought together over the years to form what we know as the Capital.

Hackney has its own history and its own facts, here are a few:

Cost of Living in Hackney

One of the downfalls of gentrification is the ultimate rise in the cost of living. In previous years Hackney would easily be classed as one of the areas of London with a low cost of living, in modern times it has risen to be comparable to other locations this close to Central London.

In the last decade Hackney has transformed from one of the least desirable areas in London to one of the most sought after. Increased demand leads to increase in property prices and rentals. However, the people that are generally flooding to the area are coming from more central areas of London so for many, the cost of living is lower in comparison.

A stay in Hackney means staying somewhere which still has a feel of ‘proper’ London about it. It’s at the heart of London and is a prime example of the melting pot that makes up this most cosmopolitan of all capitals.

For anyone who’s not staying in Hackney during their trip, there’s plenty of reasons to visit as highlighted below. For those that are staying in serviced apartments in Hackney, there’s some tips too.

Things to Do in Hackney

Being as close as it is to Central London, Hackney is in an ideal location to be able to enjoy many of London’s finest sights. It also has a thing or two to go and see itself.

Q. What are the most popular landmarks in Hackney?

Here’s a few of the most popular things in Hackney.

Q. What are some free things to do in Hackney?

London can be expensive so free is always good. Here are a few freebies.

Q. Are there many excursions to be had from Hackney?

Hackney is situated in an ideal location from which to take excursions to places further afield.

Shoreditch and Dalston are within walking distance and well worth an explore. Both are very upmarket areas of London which have somehow kept their 1990s artistic character too.

The Queen Elizabeth Olympic Park is close by too. See the place that helped to make the 2012 Olympics in London such a big success.

Q. What are the most family-friendly things to do in Hackney?

There are plenty of things to do with children in Hackney, some already mentioned. There are often family shows on at the Hackney Empire theatre and the Rio Cinema often shows family films.

The Hackney City Farm is a particular favourite with families, it’s free too although donations should be considered. There’s the usual line up of sheep, guinea pigs, rabbits, ducks, goats, donkeys and geese. Plus, there’s a farm shop and a cafe, using produce grown on the farm itself.

Places to Visit in Hackney

Although Hackney isn’t the place to find any of London’s most iconic attractions, it is definitely a great base from which to explore the local area and beyond. Here are some more places to explore in Hackney or the surrounding areas.

Places to Eat in Hackney

Hackney has always been a cosmopolitan and diverse part of London and gentrification has not changed this in terms of the sheer range of things that are available to eat. There’s a seemingly endless range of cultural food to sample, from fairly high-end eateries to hole in the wall takeaways.

It’s not just a case of picking a cuisine either. The Hackney eatery scene caters for all needs, including vegan, gluten free and any other requirement.

People come to London simply for the shopping, drawn to legendary shopping places like Oxford Street, Regent Street, Carnaby Street and Covent Garden. The huge malls of the Westfield name, including Westfield London, the largest covered shopping space in the capital, are also big draws to shopping fans once they’re here.

Hackney isn’t an area for big retail. But choosing one of the serviced apartments in Hackney from TheSqua.re will put shoppers on the doorstep of many of the capitals most famous shopping areas and a few more specialist ones.

Renting a serviced apartment in Hackney from TheSqua.re will guarantee a base which is close to the London Transport network. This in turn opens up all of the major sights and landmarks in London.

Hackney is also well covered by London buses. At least twenty buses link the area with the surrounding areas of London during the day, with five night buses operating during the evening.

Hackney follows the same weather patterns as the rest of London and South East England. Which in turn match the weather patterns of Western Europe. Although, as an exposed Atlantic island there are some differences. The most significant of which is the temperatures do not get as hot in summer, and do not drop as far in winter. In other words, there is less of a distinction in seasons when compared to other nearby countries.

August, as Hackney’s sunniest month, is the best time to enjoy the al-fresco dining. October is probably the month where it’s best to seek indoor activities, being as it is the wettest month in Hackney.