Situated at the furthermost reaches of the Greater London area, the upscale and reserved Borough of Sutton is a pinnacle in suburban living. Often confused to be a relatively quiet area; the truth is far from it. Though the town of Sutton has a laid back vibe, there are a myriad of fun activities to be enjoyed all over the borough. Furthermore, due to its historic image as a commuter town, there has been an increase in tourism and migration from all over the UK and abroad. Additionally, it is one of the foremost areas in providing the highest standards in education drawing young couples to start a living. These factors have led to a spike in demand for serviced accommodation in the area.

Here are a few of the most popular serviced apartments in and around Sutton:

Every facility across the catalogue offers premium comfort and luxury along with close proximity to important landmarks. Essential amenities such as high speed internet, flat screen TV, a kitchen with appliances, a large wardrobe and a cosy bed are present in each selection.

To make the most of your stay, opt for the most authentic serviced accommodation in Sutton offered by TheSqua.re. 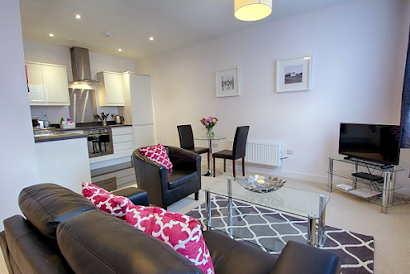 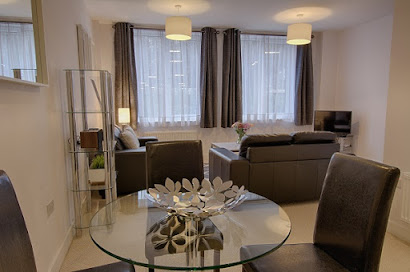 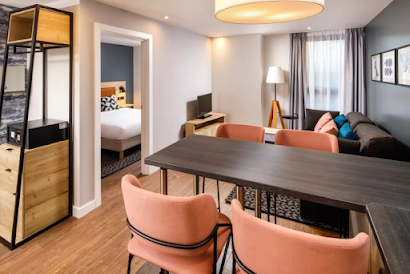 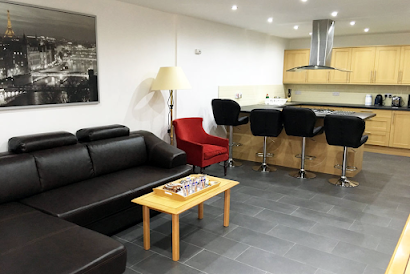 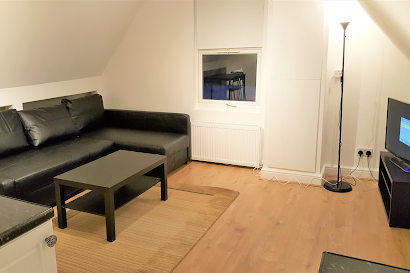 The city of London is bustling with commerce and business activities. Round the year entrepreneurs and investors from all over the world flock to London giving the city its corporate identity. The increase in corporate travelling led to a demand for accommodation within the city and its surrounding boroughs. The savvy businessmen take advantage of this growing trend by finding a place to stay away from the chaos and bustle of London.

Catering to such business needs, neighbouring boroughs including the town of Sutton are offering the highest standards in corporate accommodation. The Borough of Sutton offer a chance to be within sight of all major landmarks and the business districts in London, while having a chance to unwind at a quiet location through the night.

Holiday accommodation in Sutton is readily available and much cheaper than in London; despite adhering to the same standard. There are several major public attractions and activities in Sutton, as well as its neighbouring areas. The town is well connected to the adjoining boroughs and to the city of London offering tourists on holiday speedy transit. Leisure travellers can hop on to the local bus or train to explore the local attractions in Sutton and its outskirts. The borough is a great place to stay for London travellers as the town offers the same choices in restaurants, bars, pubs and entertainment.

Where to Stay in Sutton

Situated in the London Borough of Sutton is its principal eponymous town at the Southern edge of London. More than 40,000 people reside in the town of Sutton while more than 200,000 occupy the entire borough. This traditional commuter town has transformed into a leading area offering the best in education, lifestyle and business opportunities

An increasing number of families and individuals from all wakes of life are moving to this town which is conveniently sandwiched between metropolitan areas of Kingston Upon Thames, Croydon and Wimbledon from all directions. Major areas that are drawing migrants and tourists alike in Sutton include Putnam, West Boylston, Sturbridge, Providence and Worcester. Various kinds of accommodation is readily available across the town such as luxury hotels, serviced accommodation, bed and breakfast, boutiques homestays, countryside hideaways, self-catering centres and lodges.

This iconic modern town of London has a rich history tracing back to the Doomsday book of 1086. Initially, a secluded and quiet town, its connection to the city of London in 1847 had directly led to the rapid urbanisation of the town over the past century. Here are a few key facts about the urban town of Sutton.

Cost of Living in Sutton

Families, businessmen and older couples often find their way to this town given its direct link to London for all commerce and lifestyle requirements, while simultaneously offering a chance at modern rural living. Average property prices are significantly lower than in London. Victorian themed construction comprising of semi-detached and detached homes; generally with the addition of a garden complete the historic charm. The most affordable accommodation will cost around £450,000. Due to its reputation as a foremost area for educating children, the areas of Worcester Road and Poet’s Estate are often in demand with the average 3 bedroom family-home going upwards of £600,000 in both neighbourhoods. Upscale homes that come with a large open green space, swimming pools and tennis courts are available around Heath Drive often ranging between £1,000,000 to an upwards of £3,000,000. Although lifestyle and retail offerings may be somewhat limited depending on subjective interests, a short train ride to central London will quench all desires.

The southernmost borough in the capital lives a laid back countryside lifestyle enjoying its privacy in its many green parks and golf courses. Though the town often peaks in departments of safety and security, it is best to be mindful about its way of life to make the most of any journey. The following tips will come in handy.

Things to Do in Sutton

Meandering along the heart of the village to Main Street there are several things to discover. Lanes of boutique shops, authentic culinary delights and an opportunity to meet and explore the works of local artists – there is something for everyone.

Q. What are the most popular things to do in Sutton?

Here are some of the things that you cannot miss in Sutton:

Q. What are some free things to do in Sutton?

There is a lot to explore in Sutton without breaking the bank.

Q. What are some family friendly things to do in Sutton?

Travelling with kids doesn’t have to be a letdown. Check out the following activities:

Places to Visit in Sutton

Being one of the largest sustainable and green boroughs, a centre for shopping, an educational hub and a centre for arts, there are several destinations in Sutton to explore. This is aided by the speedy transit options and robust roadway network that connects every corner of the town. A few popular places to explore include:

Places to Eat in Sutton

Whether you crave for Spanish or Italian, traditional or foreign, high street or bistro, Sutton has a spread of culinary delights across the borough. From the freshest breakfast joints, fine dining restaurants, relaxing bars and lively gastro-pubs, there is abundance in choice. Traditional fish and chips, pull apart Italian pizzas, authentic spaghetti, sushi, rich Indian curries, popular Spanish tapas, Turkish fusion, etc all can all be found at Sutton High Street. For the most authentic places offering mouth-watering cuisine, head over to the following destinations.

The thriving street food culture from London has made its way into the borough of Sutton. From regular food markets and weekly farmers markets to small grab and go boutique shops, there are several areas in Sutton offering cheap and quick street food options. The Sutton Outdoor Market, located in the town centre at Portland Square sets up shop every Monday. Locals have an opportunity to try various domestic and imported street food offerings from various small vendors and bakeries. Popular street food places to explore in Sutton include the following.

Sutton High Street evolved from a shopping district in Victorian times into a modern-day retail centre offering an array of international brands and local boutique establishments. Head over to the Sutton town centre to browse through the various independent shops located in the two major shopping centres – Times Square Shopping Centre and Saint Nicolas Centre. At these destinations, a wide assortment of high street fashion apparels, accessories and utilities are available including the following brands.

Despite the lack of Underground links, the town has a healthy pool of railway junctions, bus routes and the Thameslink service. Automobile drivers are within a few miles of the M25, whilst a straight stretch directly to central London is provided by the A24. The trains also commute between several important areas of the London borough including City Thameslink, Blackfriars, London Victoria and London Bridge. Direct rail links outside off central London are available to the following destinations.

There are more than 1500 roads in the area spanning across 400kms of well-connected roadways. The local bus services operate via these roadways offering express services to the London Gatwick and London Heathrow airports. The busses are administered and operated under Metrobus, Quality Line, London General and Abellio London.