What’s on in Mackay

Mackay is an outdoor-lovers paradise. Offering stunning natural vistas thanks to its picturesque valley, secluded beaches and national parks, the city is a fantastic base from which to explore the region’s awe-inspiring natural diversity. Whatsmore, Mackay’s urban area itself is filled with beautiful Art Deco architecture and publicly displayed works of art - making for a unique contrast with the surrounding countryside. It also offers a wealth of cultural, dining and shopping experiences, making Mackay the ideal all-round destination.

Where to stay in Mackay

Mackay has seen an increasing amount of visitors in recent years, which in turn has seen it expand its provision of high-level accommodation. In particular, the city has an excellent offering of serviced apartments, which are often the best solution for anyone making an extended stay in the area, as they offer many of the benefits of a hotel - such as room cleaning and reception - whilst also providing a private, self-contained space. They also have the added benefit of a full kitchen and cooking facilities - making them ideal for anyone looking to self-cater their trip.

What to do in Mackay

Mackay offers such a diverse range of attractions that first-time visitors may find themselves at a loss as to where to begin. Exploring the urban area is a good way to get started - taking in its surprisingly diverse architecture and exploring the different landmarks that reveal the city’s culture and identity.

Of course, Mackay’s biggest selling point lies in its incredible surroundings. With one of Australia's most picturesque valleys right on its doorstep, the city offers numerous hiking excursions giving visitors the opportunity to explore the countryside get up close with the region’s incredible wildlife. Mackay is also known for its secluded beaches, which are a great place to simply relax in the sunshine or even take a boat trip out to explore the coast.

In the city itself, visitors will find a host of cafes, bars and restaurants - most of which are located just a short walk from each other, creating a vibrant ‘dining district’ in which to enjoy a night on the town. However you choose to spend your time, you will find that Mackay offers plenty to see and do, as well as the chance to experience a different side of Australia, seldom seen in the bigger cities.

Tips for staying in Mackay

Mackay has plenty of great places to eat, with most being located close to the waterfront. Galleons Restaurant, Romeo & Juliet’s Restaurant and Fusion128 are good options for those looking for fine dining experiences, whilst Kevin’s Place and Austral Hotel are ideal for those seeking something simple. Being a coastal city, Mackay also has some excellent seafood places, including Neptunes, Lighthouse Seafood Mackay and Siv’s Restaurant.

Mackay offers plenty of shopping opportunities on both sides of the water. The main shopping centres in the city are Caneland Central and Parkside Plaza Mackay - both on the south side and both offering a range of retailers ranging from designer fashions to practical consumer goods. There are also several large-scale department stores in the city, including a Kmart, the Mount Pleasant Centre and Big W Mackay.

Mackay is a great destination for those looking to learn more about Queensland’s diverse wildlife. Reeforest Adventure Tours, Mackay Regional Botanic Gardens and Reservoir Road Lookout are all essential for those looking to enjoy nature. These are also complemented by marine excursions, such as Illawong beach and Bluewater Quay. Alternatively, Mackay also has several cultural attractions, including the Mackay Historical Society and Museum and Mackay Orchid House.

Mackay is a reasonably compact city, so visitors will find that its ideal to explore either by bicycle or on foot. However, the city also has a reliable public transport network, with bus services being the best choice for travelling between the central areas and the suburbs. There are also water taxis, operating routes to various stops on either side of the estuary, as well as down towards Dumbleton and Pleystowe.

Mining and sugar are the major economic drivers in Mackay, with the city producing over a third of Australia’s sugar supply as well as being the country’s largest coal reserve. Stemsafe and Dajwood are two of the biggest employers when it comes to mining, whilst Mackay Sugar is the major player in the sugar refining industry. Tourism has also become an increasingly important factor in the town’s economy, with local operators such as QTHB taking advantage of ever-increasing visitor numbers. 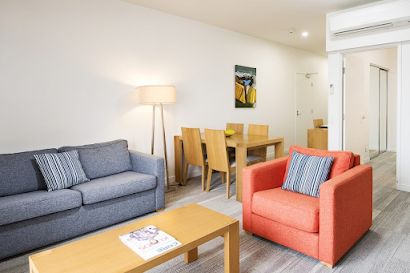 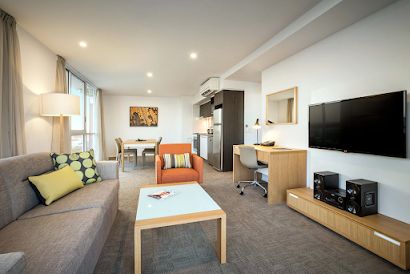 Things to know before booking serviced apartments in Mackay