Malmo is one of the finest global cities for travellers. It is a leading business and travel hub. If you are seeking serviced apartments Malmo, there are plenty of choices. These apartments are the best choices for business travellers and families. Finding Malmo rentals is not difficult in prime locations. Discover exciting options for every budget.

Our apartments are completely-furnished. They come with the best amenities and facilities. Find Wi-Fi and flat-screen televisions. We also offer private access and fully-equipped kitchens. Our apartments also come with round-the-clock support and service.

Serviced apartments Malmo are the best options for all travellers. They offer second homes away from home. They are ideal for both short and long durations. They come with the amenities you need for daily living. You do not have to worry about settling into the city. These units combine comfort with privacy and convenience.

You need not worry about anything, including maintenance and deposits. You do not have to worry about agency fees as well. You can also expect all necessary furnishings and accessories. The apartments lie near public transportation facilities. They are also accessible from business destinations. You will also find tourist landmarks nearby. Some units even have add-ons like gymnasium/swimming pool access.

Being serviced accommodation experts, we understand what our guests want. We give you a warm and relaxing second home. We also ensure the utmost privacy and flexibility for our guests. Expect plush interiors and the best facilities. We also try to provide top-notch service at all times.

Business travellers will have a great time in Malmo. It offers great business prospects and connectivity. If you need a place to stay, look no further. We offer cozy serviced apartments in Malmo. Find accommodation that helps you connect and relax. Find amenities like Wi-Fi and flat-screen televisions. Cook your own meals at home as well. Our apartments lie near business hubs too.

Malmo offers various options for short term rentals. There are many units tailored for your needs. They are ideal for smaller stays of a few days or a week. You will love the plush furnishings and fixtures at these units. They lie in strategic locations with all necessary amenities for travellers. Our short term rentals offer magical and comfortable experiences. You will have a ball in your second home in Malmo. Find always-accessible support and service whenever you need it.

Not everyone comes to Malmo on work. Many solo travellers and couples come for vacations. The same is true for families as well. We offer serviced apartments that are ideal for everyone. Find apartments with enough space for your group. Enjoy the best amenities for day-to-day needs. Cook healthy meals at home. Entertain yourselves with free Wi-Fi and flat-screen televisions. Have guests over whenever you wish. Access nearby tourist landmarks and public transportation facilities. 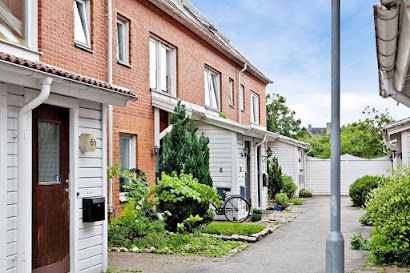 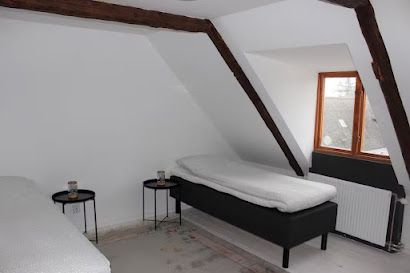 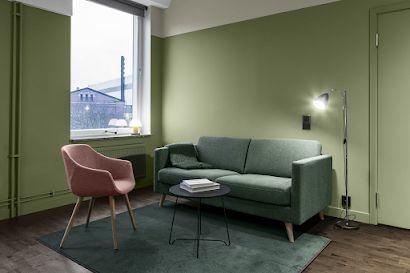 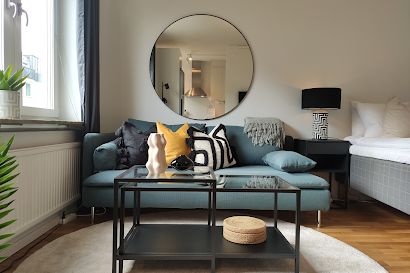 Things to know before booking serviced apartments in Malmo

No Data Found
More about Malmo

Where to Stay in Malmo

Some of the best places to stay include Bunkeflostrand and Gamla Staden. Other areas include Norr, Centrum and Mollevangen. Limhamn is also a place worth checking out.

Malmo is a city of beautiful parks and a flourishing economy. You will love visiting Malmo on work or leisure. Here are some interesting facts about the city:

Malmo always had a flourishing industrial sector. The Oresund Bridge spurred economic growth in the new era. It has flourishing sectors like architecture, biotechnology, technology and education. Leading companies include IKEA, Skanska and Nobina among others.

Malmo Airport was once Sturup Airport. It is Sweden’s fourth-busiest airport. It lies in Svedala Municipality. Malmo lies 28 km eastwards from the airport.

Cost of Living in Malmo

One individual will need $871 or 8,549kr without housing rent. This is the per-month estimate. A family of four members will need $3,178 (31,591kr) without rentals. Average housing rentals range from $1,065 per month. Utilities need $69 each month. Budget $521 per person for miscellaneous expenses.

Here are some tips for enjoying your Malmo stay:

Things to Do in Malmo

Here is a list of the best things to do in Malmo.

Q. What are the most popular things to do in Malmo?

Some of the popular things to do include exploring the Oresund Bridge. Other attractions include the HSB Turning Torso. Little Square and Kungsparken are also worth exploring.

Q. What are some free things to do in Malmo?

Little Square and Kungsparken are free activities here. Others include St. Peter’s Church and Malmo City Hall. You can also check out The Knotted Gun here.

Q. Does Malmo have many romantic attractions?

Romantic attractions include Malmo Castle and Oresund Bride. Others include Lilla Torg and Turning Torso. You can also visit St. Peter’s Church.

Q.What are the most family-friendly things to do in Malmo?

Visit the Malmo Chocolate Factory and Kungsparken. Other attractions include the Malmo City Library. The Technology & Maritime Museum of Malmo is another favourite.

Q.What are the more unusual things to do in Malmo?

Unusual things to do include the Disgusting Food Museum. You can also add the Knotted Gun and Turning Torso to your itinerary.

Places to Visit in Malmo

Some of the top places to visit include:

Places to Eat in Malmo

Malmo is home to several cafes, bars, and restaurants. Brunch at Farm2Table or Leve. The latter is famous for baked goodies and croissants. Far I Hatten is ideal for pizza lovers. Burgers are a treat at The Vegan Bar. You will also love Mollans Falafel. The Raw Kitchen Malmo is suitable for healthy food connoisseurs.

Top street food joints include Malmo Saluhall and Jou San. Also check out the Orient House of Falafel No 1.