Coral Way is a popular neighborhood in Miami, Florida and is characterized by the main thoroughfare after which it is named. Coral Way was famously established by the founder of Coral Gables, George E. Merrick back in the 1920s. The Coral Way neighborhood reflects early 20th century architectural touches with the oldest precincts containing bungalow homes from the 1920s along with 1930s art deco homes and units showcasing the Mission Revival style of architecture. The area is known for its famous urban boulevard spanning 22nd Street, passing through the city of Miami between SW 37th Avenue and the Brickell Avenue. It is one of the most beautiful corridors today in South Florida.

Here are some of the best furnished apartments Coral Way:

Our serviced apartments Coral Way come with the best amenities and facilities for an enjoyable stay. They come with fully equipped kitchens, free Wi-Fi, comfy bedrooms and more.

Demand is high for furnished apartments Coral Way on account of the high number of business travelers landing here frequently. Several high-flyers and corporates visit Miami for diverse purposes. Of course, Coral Way is one of their most preferred localities to stay. After a hard day of work and business meetings, it only makes sense to embrace undiluted relaxation. Our serviced apartments Coral Way ensure the best fittings, furnishings and comfortable beds. Relax in peace after a hectic work day with great connectivity to major commercial hubs as well. Our furnished apartments take care of your entertainment and recreational needs alongside.

Holidaying in Miami is a fun activity by all means. Our serviced apartments Coral Way are the best option for families and leisure travelers alike. They come with the furnishings, fixtures and amenities that you require. From fully equipped kitchens and free Wi-Fi to excellent connectivity to public transport facilities, everything you need will be at your fingertips. Relax with total privacy and comfort in our fully furnished apartments in Coral Way.

Where to Stay in Coral Way

Coral Way has several sub-localities which are great places to stay for travelers. Coral Gate is a smaller neighborhood southwards from SW 16th Street and borders Coral Gables and Golden Pines. The neighborhood offers peace and tranquility while being family-friendly too. Golden Pines is another popular locality with good community amenities while Shenandoah is a well-known and historic locality.

It contains homes dating back to the 1920s and 1930s with several architectural marvels likewise. Silver Bluff is another good place to stay within Coral Way courtesy of its community amenities, strategic location and good connectivity. 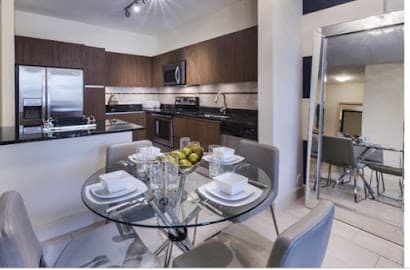 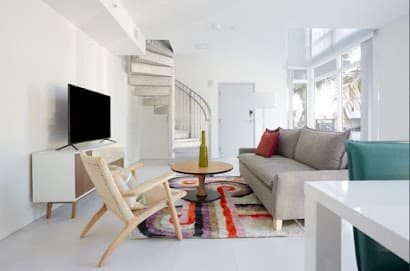 Things to know before booking serviced apartments in Miami

Coral Way is known for its historical and cultural legacy over the years while it has evolved into one of the most desirable localities in Miami. Here are some interesting facts about Coral Way:

Cost of Living in Coral Way

Costs of living in Coral Way are slightly on the higher side. Median home values reportedly stand at $311,115 while median rental prices hover around $1,310 for quality accommodation. Dining at a regular restaurant will cost anywhere between $12-25 while takeout coffee costs somewhere around $2-5. A Coke will cost you $1-2.

A single metro pass for an adult is priced at $2.25 while a single-day ticket is approximately $5.65. A monthly season ticket comes for $112.25 as per estimates.

Here are some handy tips for visiting Coral Way:

Things to Do in Coral Way

Coral Way is filled with interesting things to do and a wealth of other activities. You will find several attractions in the area, be it for families, couples and hardcore tourists alike.

1. What are the most popular things to do in Coral Way?

Some of the most popular activities for tourists in Coral Way include visiting the beautiful Fairchild Tropical Botanic Garden and also the famous Venetian Pool. You can also visit the Village of Merrick Park or the Miracle Mile which is the bustling heart of the region. There are several other attractions including the Lowe Art Museum and Coral Gables Museum among others.

2. What are some free things to do near Coral Way?

Coral Way offers an abundance of free attractions and activities. You can visit the farmers market held on Saturday mornings at the corner of Le Jeune Road and Miracle Mile. The neighborhood bookstore is accommodated within a famous 1927 Mediterranean-esque structure. You can attend several free events here while browsing through your favorite books. You can take a stroll along Miracle Mile which contains the best and hippest boutiques, restaurants, shops and other establishments in the area. Biking through Old Cutler trails is another free activity along with trolley rides.

3. What are the most family-friendly things to do near Coral Way?

A dip at the Venetian pool is a welcome activity for families and you can also check out family oriented events and exhibits at the fascinating Coral Gables Museum. You can also visit the lush and pristine grounds of the acclaimed Fairchild Tropical Botanic Garden. Miracle Mile has something for every family.

Places to Visit in Coral Way

There are several places and attractions worth checking out in Coral Way. They include:

Places to Eat in Coral Way

There are numerous popular places to eat in Coral Way. The area is home to several types of restaurants, offering everything from a classic bar/pub experience to lovely Italian dishes and even local delights. Some of the top restaurants in Coral Way include:

There are numerous delectable street food options in Coral Way. They cover a wide range of cuisines and culinary palates. They include:

Coral Way has no dearth of shopping centers. Some of the popular choices include the following:

Coral Way is served by the Metrobus routes spanning the entire area. The Miami Metrorail has stations at the following intersections:

The weather is the hottest in the month of August while January witnesses the lowest average monthly temperatures. The highest rainfall takes place in the month of June as per studies. The best time to visit Coral Way is between March and May, during the spring season.