Montreal has ranked among the most livable cities in the world. The city welcomes people of different cultures and traditions. Being one of the major industrial, financial, and commercial hubs of Canada, the demand for furnished apartments in Montreal is increasing. Montreal is the second-largest city in Canada and is the largest cultural hub in the country. This city ranks second among the most populous cities in Canada.

Some of Our Top Furnished Apartments in Montreal:

These apartments are fully equipped with top-quality appliances and provide all the basic amenities. With extra charges, one can have luxurious amenities as well. Furnished apartments for rent in Montreal are offered for short to long-term stays.

Most of the service departments are designed for business travellers and leisure travellers. These apartments are a great combination of comfort and convenience. They not only give a home-like feeling but maintain your privacy and security.

Each of these furnished apartments for rent in Montreal is uniquely designed with a beautiful interior and plush furniture. They offer a large living area, really good kitchen, well-decorated bathroom, comfortable bedroom, and a lot of other facilities.

These apartments provide transportation facilities and are located in some prime destinations. A few apartments have some luxurious amenities like swimming pools and gymnasiums. Also, you get 24 hours service from our customer service team.

Business travellers prefer corporate housing in Montreal for their stays. These units are uniquely designed that include a working space and a comfortable living standard. Like other serviced apartments, you can enjoy top-class amenities. They are situated at the popular business hubs of the city.

Travellers, who are looking into rental apartments for a few days, one week or even longer, can check in short term rentals in Montreal. These are luxuriously furnished and offer large spacious rooms, very good kitchens with high-speed Wi-Fi and all of the basic facilities. These are generally located near major tourist destinations.

The serviced apartments in Montreal offer temple space, comfort and convenience to leisure travellers and families. These are situated at major tourist destinations and are close to public transportation facilities.

Where to Stay in Montreal

The three most popular districts of Montreal for travellers are Old Montreal, Downtown, and Plateau Mont-Royal. For families and couples, Old Montreal is the best place to stay. It is the home of shopping malls, dining places, and major tourist attractions. 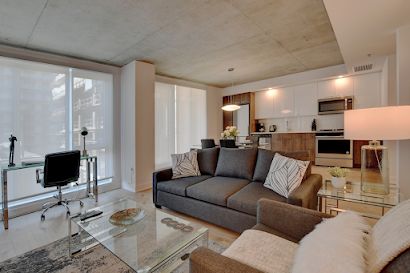 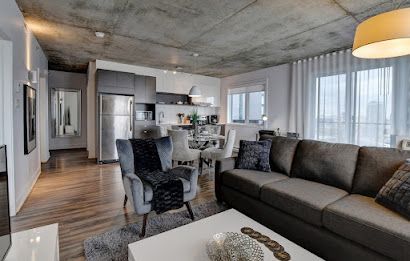 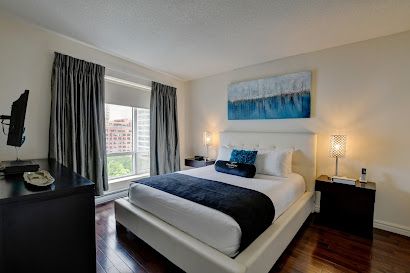 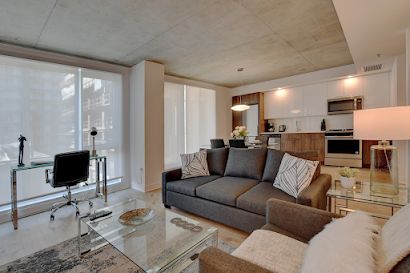 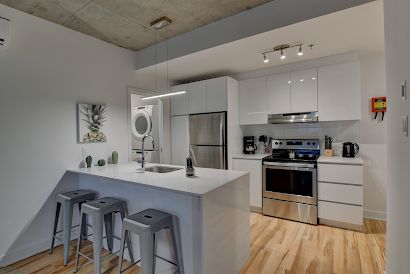 Things to know before booking serviced apartments in Montreal

Montreal was the financial and industrial hub of Canada for over a century. One can find a variety of buildings surrounding the city that gives an invaluable sight of its history.

Some remarkable facts about Montreal are listed here:

Cost of Living in Montreal

The estimated monthly cost of living for a single person without rent is around 1,110.28C $. A meal for two people at the mid-range restaurant offers three courses at 80.00C$. You get a one-way local transportation ticket at 3.50C$ and the regular price of a monthly pass is 90.00C$. The average house rental for one-bedroom apartments inside the city is something around 1,290.40C$ per month. On the other hand, the basic utility bill of a small apartment is approximately 96.15C$.

Here are some tips for visiting Montreal:

Things to Do in Montreal

Several fun activities are happening in Montreal. Also, it has some of the top tourist attractions surrounding the city. Let us take a look at a few of them.

1. What are the popular things to do in Montreal?

Montreal is popular for its nightlife. There are so many options for eating, dancing, and chilling out. From restaurants, bars, nightclubs, casinos, and large events, Montreal never leaves anyone bored. More than 100 festivals are celebrated in the city throughout the year. The city has over 600 churches with four Roman Catholic basilicas.

2. What are some free things to do in Montreal?

Parks in Montreal offer free activities that anyone will love to take part in. Montreal museums have a free day tour every week for visitors. Enjoy free festivals arranged in Place des Arts on Ste, or spend time in Jean-Talon, an indoor/outdoor farmer's market. Other free activities may include watching firework displays at Notre Dame Basilica, having a walk beside the river at the Old port area,

3. Does Montreal have many romantic attractions?

4. What are the family-friendly things to do in Montreal?

5. What are the unusual things to do in Montreal?

Some of the unusual things to do in Montreal are, exploring The Underground City, learning to make Montreal-style Bagels, and Dive into the Craft Brew scene of Montreal. You can also take a fat tyre cycle and ride up Mount Royal, or fly over the Old Port with a Zipline.

Places to Visit in Montreal

Some of the top places to visit in Montreal are:

Places to Eat in Montreal

The city is a well-known transportation hub for eastern Canada. Montreal is linked with a well-developed air, rule, Road and Maritime route to the rest of the country, along with the United States and Europe. The two international airports of Montreal are Montrèal-Pierre Elliott Trudeau International Airport and Montréal-Mirabel International Airport.

VIA Rail and Amtrak are the two intercity service providers, along with a regional passenger train service, and Freight service. There are several public transit providers in greater Montreal. The bus network of 165 buses takes trips during the daytime, and 20 at night. The Montreal metro system also offers public transportation.

Montreal has a warm-summer humid continental type of climate. Summers are warm with an average temperature of 26-27°C, and winters very cold, with temperatures plummeting to as low as -10.5 to -9°C.