Staying in Mumbai is always a delightful experience that is radically unique by way of the sights, sounds and landmarks on offer. Serviced accommodation makes a huge difference to your stay in this regard. TheSqua.re offers serviced apartments in Mumbai which are selected on the basis of ensuring enhanced aesthetic appeal and comfort for travelers. Every apartment comes with the best facilities and unmatched convenience and privacy alike. All furnished apartments are located strategically near major landmarks and places of interest.

Rent apartment in Mumbai for getting access to the best facilities including fully equipped kitchens, flat-screen televisions, high-speed Wi-Fi connectivity and concierge solutions among others.

Benefits of Serviced Apartments in Mumbai

Rent apartments in Mumbai are the best option for travellers looking to stay in the city for short or long durations alike. They are better options to conventional rental accommodation for extended stays in the city. Serviced apartments offer the perfect combination of features, amenities and comfort along with unmatched privacy and convenience.

Serviced apartments have attained greater popularity amongst guests owing to numerous benefits. Firstly, all contractual and legal aspects are neatly covered and guests do not have to bother about agency charges, maintenance fees, bills and deposits. Secondly, furnishings and fixtures are all provided in tandem with bedding, furniture, cutlery, appliances and more. Thirdly, serviced apartments are usually located in close proximity to major metro stations, railway stations, bus stops and thoroughfares.

Some serviced apartments may also come with additional amenities including access to gymnasiums, swimming pools and concierge services. Guests will find these apartments suitable for comfortable extended sojourns in Mumbai while enjoying the myriad wonders of the city at their own pace. Those shifting to Mumbai temporarily need not always find it a problematic affair with serviced apartments for help.

Being serviced accommodation specialists, we understand the need of guests to find a comfortable, cozy and well-equipped home for memorable short-term stays in Mumbai. We offer luxurious and plush interiors along with the best amenities. You can count on impeccable services along with round the clock customer support alongside.

You should count on corporate housing in Mumbai options at TheSqua.re for enjoying a memorable stay in the city. Mumbai is India’s wealthiest city and biggest financial, economic and business hub. It is home to most of the leading companies in the nation along with multiple global MNCs too. Naturally, Mumbai witnesses a steady stream of business travelers throughout the year. If you are a business traveler looking for a place to stay, you should consider serviced apartments.

They offer ample privacy, space and facilities like high-speed Wi-Fi and flat-screen televisions along with fully equipped kitchens. From cooking and connectivity to entertainment, these apartments come with everything required for a relaxing and memorable stay in Mumbai.

Holiday apartments in Mumbai come with the finest amenities and other provisions for guests. These apartments lie in close proximity to major tourist landmarks and other places of interest in the city. You will love the ample space, privacy and convenience features on offer.

The apartments are located in the best areas of the city including Powai, Andheri East, Prabhadevi, Andheri West and Bandra among numerous others. Find the best restaurants, cafes and tourist landmarks nearby along with enjoying the fully-equipped kitchens, appliances and entertainment and connectivity features.

Where to Stay in Mumbai

There are several places worth residing in Mumbai for guests. Colaba is a charming locality with lovely guesthouses, bustling markets and stores galore. You will find the famous esplanade here with the Gateway of India monument and the terminal for taking a ferry to Elephanta Island nearby. Colaba offers museums and Gothic structures including the Chhatrapati Shivaji Maharaj Terminus along with numerous galleries. Staying in Juhu is recommended for enjoying the beach life along with lip-smacking street food, premier cafes and scintillating sunsets. 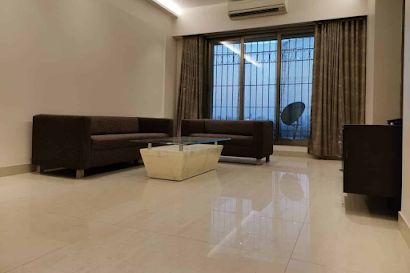 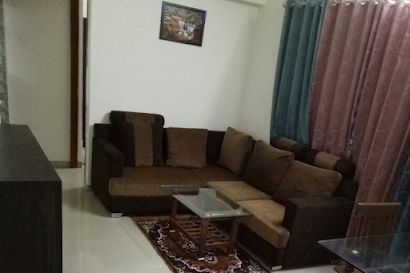 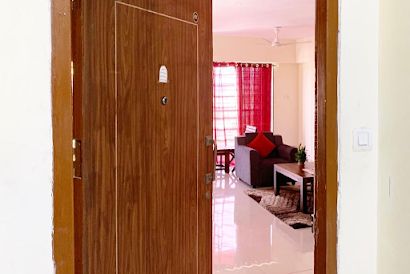 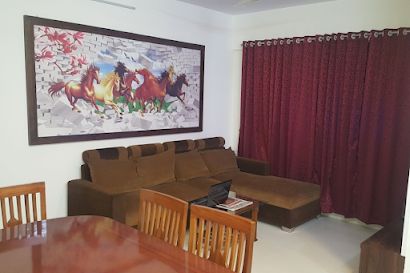 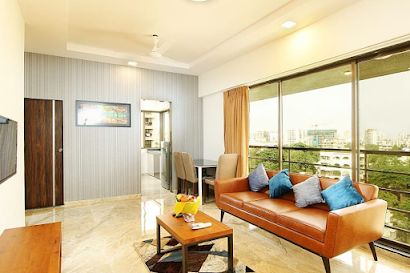 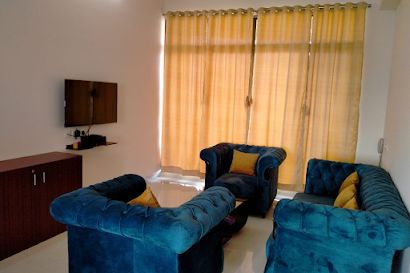 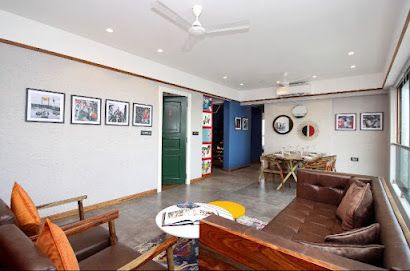 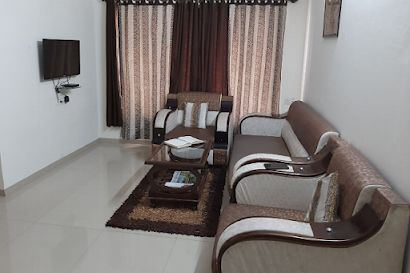 Mumbai was previously known as Bombay and is the capital of Maharashtra, being India’s second highest-populated State and the world’s 7th most-populated city. Mumbai is the hub of the MMR (Mumbai Metropolitan Region) and was labelled as an alpha world city in the year 2008. It is India’s wealthiest city, home to the highest count of billionaires and millionaires in the country. It houses three World Heritage Sites classified by UNESCO including the Chhatrapati Shivaji Maharaj Terminus and Elephanta Caves. Here are some interesting facts about Mumbai:

Mumbai is the commercial hub of India, generating a whopping 6.16% of overall national GDP while contributing 25% of industrial output, 10% of factory-based employment, 60% of customs duty collections, 33% of income tax collections, 40% of foreign trade, 20% of central excise collections and 40 billion in corporate taxes as well. The MMR has an economy estimated at a whopping $151-368 billion.

Cost of Living in Mumbai

Depending on one's lifestyle and location, the cost of living in Mumbai, India, might change. Overall, nonetheless, Mumbai is thought to have a comparatively high cost of living in comparison to other Indian cities. The city is notorious for having expensive homes as well as expensive pricing for daily needs like food and transportation.

Additionally, As for the standard of living, Mumbai is considered to be a bustling metropolis with a diverse population and a wide range of housing options, from luxury apartments to budget-friendly housing. The city is known for its vibrant cultural scene, nightlife, and entertainment options. Additionally, Mumbai has a robust healthcare system and a variety of international schools, making it an attractive destination for expats. The city does, however, face several difficulties, including a densely populated area, clogged roads, and air pollution. Additionally, some people may find the high expense of living and congested, hectic city life to be too much.

Here are some approximate costs for a single person living in Mumbai:

Hence, in general, the estimated cost for a single person in Mumbai would be around 40,000 to 60,000 Indian Rupees per month.

Note: When compared to other Indian major cities, Mumbai has one of the highest overall cost of living rates. Furthermore, it's crucial to keep in mind that these are only rough estimates that may change according to the person's lifestyle and location. In India, pricing for products and services is also influenced by inflation and is prone to alter over time.

Here are some tips for visiting Mumbai:

Things to Do in Mumbai

Mumbai offers numerous things to do for travelers. Here’s taking a look at some of them:

Q. What are the most popular things to do in Mumbai?

Popular things to do include visiting the Gateway of India, exploring Crawford Market, heading over to Elephanta Island and also visiting the Sanjay Gandhi National Park along with the gorgeous Mumbai Taj.

Q. What are some free things to do in Mumbai?

Free things to do include visiting the Gateway of India and Taj Mahal Hotel along with Marine Drive. You can also visit the Siddhivinayak Temple and Haji Ali Dargah for free. Hang out at Juhu Beach or Bandra Bandstand as well.

Q. Does Mumbai have many romantic attractions?

Q. What are the most family-friendly things to do in Mumbai?

Q. What are the more unusual things to do in Mumbai?

Unusual things to do include driving on the Bandra-Worli Sea Link, exploring Colaba Causeway, venturing to the Hanging Gardens, tasting the street food, visiting the sole Chinese temple in Mumbai, visiting the zoo at Byculla and exploring Khotachiwadi.

Places to Visit in Mumbai

Here’s taking a look at some of the best places to visit in Mumbai.

Also Read: Best Places to Visit in Mumbai with Friends

Places to Eat in Mumbai

Mumbai has numerous places to eat including Pizza By The Bay at Marine Drive and the iconic Café Leopold in Colaba along with Café Madras at Matunga. Gaylord is another famous restaurant at Marine Drive, serving chicken puffs and croissants. Trishna Restaurant in Fort is famous for its seafood while Chef Alex Sanchez helms The Table at Apollo Bunder.

Popular street food joints include Bademiya in Colaba for lip-smacking kebabs and Aram Vadapav at CSMT along with New Martin for Goan sausages and Yazdani Bakery for breakfast. Sanjay Singh Sandwichwala, Gulshan-e-Iran, Mervan’s Grant Road and Noor Mohmaddi are other iconic destinations for sandwiches, Biryani and Bun Maska and Mava Samosa among other delicacies.

Mumbai has its suburban railway network along with the BEST buses, taxis, ferries and auto-rickshaws along with the Metro and Monorail networks. The Chhatrapati Shivaji Maharaj International Airport is the key aviation hub while a new airport is coming up at Navi Mumbai as well.

Mumbai has a windy and oppressive monsoon while the weather mostly stays warm and clear throughout the year. The best time to visit is between late in January and mid April and also from mid November to early January.