Our corporate housing in Palo Alto is a great pick for business travellers. They come with private access, flat-screen televisions and more. You will love amenities like Wi-Fi and round-the-clock service.

Why Book Our Furnished Apartments in Palo Alto?

Booking short term rentals in Palo Alto is a great idea. They offer respite from several hassles. You need not worry about comfort, convenience, and privacy. There is no need to worry about maintenance, agency fees, and deposits. You will get all furnishings at these serviced apartments in Palo Alto. The best part is that you get all the amenities and facilities that you need.

You can also access business hubs nearby. Our apartments also offer great connectivity to tourist landmarks. Some even have extra amenities. These include a gym and swimming pool access. We are experts in serviced accommodation. We understand what our guests want. We ensure the perfect mixture of warmth and professionalism.

Our serviced apartments in Palo Alto are ideal for corporates. They offer everything you could want. This includes Wi-Fi and flat-screen televisions. Cook meals in our kitchens with all appliances at your fingertips. We offer security services and all other necessities. Enjoy the utmost privacy and flexibility. Have guests over. Relax and savour your downtime. Access corporate destinations and public transport nearby. The world is your oyster with these apartments.

You will appreciate short term rentals in Palo Alto. These are suitable for stays of a few days to a week. They offer everything you need for daily comfort and convenience. From connectivity to security to appliances, get everything here. Enjoy using these Palo Alto short term rentals for productive and quick stays in the city. You will also get excellent connectivity to various destinations from these apartments.

Where to Stay in Palo Alto

Some of the top destinations include the Bay Area and Silicon Valley. You can also consider Los Altos, Menlo Park, and Sunnyvale. Other choices include San Jose and Cupertino. 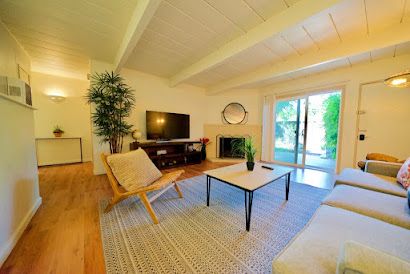 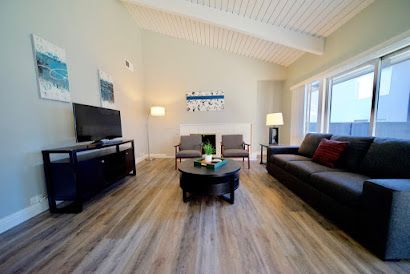 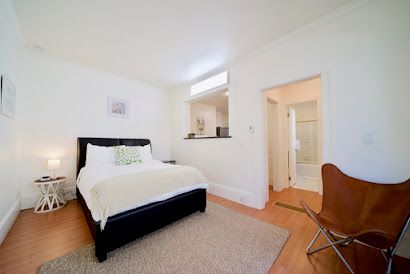 Things to know before booking serviced apartments in Palo alto

Palo Alto is not only a modern-day technology Mecca; it has a fascinating history of its own. Here are some interesting facts about it:

Palo Alto is one of the biggest economic hubs in the USA. Its core is Silicon Valley. This has 7,000+ companies with almost 100,000 employees. Venture capitalists prefer the area along with start-ups. Top-tier tech firms have a presence here.

Cost of Living in Palo Alto

Here are some tips that you can use:

Things to Do in Palo Alto

Q. What are the most popular things to do in Palo Alto?

You can check out Rinconada Park and Cantor Arts Center. Visit the Museum of American Heritage.

Q. What are some free things to do in Palo Alto?

Free activities include exploring Stanford University and the shopping center. Check out the Elizabeth F. Gamble Garden as well.

Q. Does Palo Alto have many romantic attractions?

They include Gamble Garden and the Foothills Nature Preserve. Check out The Wine Room and the Heritage Park.

Q. What are the most things to do in Palo Alto?

Q. What are the more unusual things to do in Palo Alto?

Places to Visit in Palo Alto

Here are some of the top places to visit in Palo Alto:

Places to Eat in Palo Alto

Palo Alto has its own airport. You can also access the San Jose or San Francisco international airports. There are Caltrain passenger railway services. There are two Palo Alto stations on the network. You can also travel via buses in the city. The Palo Alto Transit Center is the place to find buses. The VTA offers primary services through the city. You will also find SamTrans lines in the city. Hop onto the Stanford University Free Shuttle for convenience. The Palo Alto Free Shuttle is another lifeline.

Palo Alto has long and warm summers. Winters are cold and short. Temperatures hover between 44 and 77 degrees Fahrenheit. You should visit between late June and late September.