The historic allure of Paris has seen the French capital consistently regarded as one of the most popular destinations in the world. However, the City of Lights is also one of Europe’s strongest economic hubs and, as such, it is a mainstay on the international business travel circuit. The area around the Eiffel Tower is one of the most popular places to stay in the city for both business and leisure travellers and Eiffel Tower serviced apartments provide the ultimate luxury experience - especially for those making a long stay.

Below are a selection of some of the top Eiffel Tower serviced apartments:

Not only do these apartments come with many of the luxuries associated with hotels, such as regular room cleaning services, but they also include fully equipped kitchen facilities, which makes them the perfect accommodation for those making an extended stay in Paris. 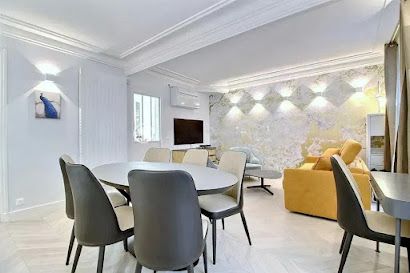 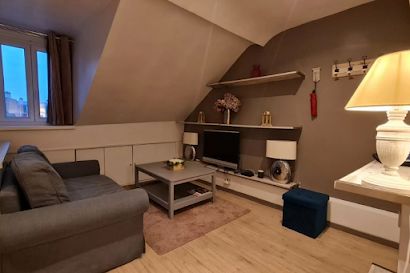 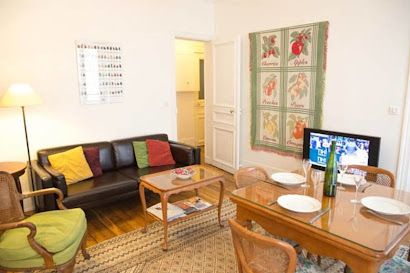 BETWEEN THE MUSEUM OF LOUVRE AND D'ORSAY 280M2 EMBARK ON A JOURNEY FILLED WITH LUXURY 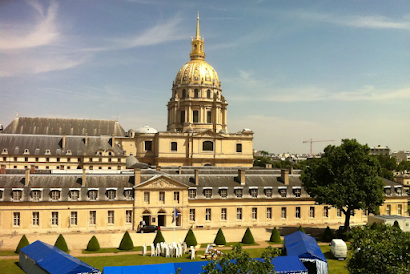 Where to Stay Near the Eiffel Tower

The Eiffel Tower can be found on the Champs de Mars, in the 7th arrondissement of Paris - otherwise known as Palais Bourbon. The 7th is west of Paris city centre and benefits from a more relaxed pace of life, with a sophisticated and picturesque atmosphere that makes it one of the most popular areas of the city. Of course, it is also known for its most famous resident - the ever-present Eiffel Tower, which draws plenty of attention and makes the 7th a quintessentially Parisian location. When choosing Eiffel Tower accommodation, there are several options. The Quai d’Orsay area will offer views of the Seine as well as the tower, whilst Avenue Bouvard will present stunning views of the Champ de Mars. Alternatively, anywhere along the Rue St. Dominique will put visitors close to the 7th Arrondissement’s superb selection of museums.

Facts About the Eiffel Tower

The French capital’s infamous neighbourhoods have captured the public’s romantic imagination for centuries and its plethora of world-famous landmarks and attractions make Paris a favourite for the ultimate romantic city break - with few being more instantly recognisable than the awe-inspiring Eiffel Tower. The tower is named after Gustave Eiffel, whose company was in charge of the project and at 320 metres high, was the tallest man made structure in the world for 41 years before being surpassed by New York’s Chrysler Building. Some other interesting facts about the Eiffel Tower:

However, the 7th arrondissement is more than just the Eiffel Tower. It is also a fantastic location for those who need access to Paris’s business district - La Defense, which is further to the west. The city is Europe's leading economic area, generating over 4.6% of the EU's combined GDP, which inevitably means it welcomes a huge amount of business travellers every year.

The city is served by Charles De Gaulle International Airport -  the second busiest in Europe and tenth busiest in the world, with over 70 million travellers passing through its terminals each year. There is also Paris Orly Airport which offers both domestic and international services.

Things to Do Around the Eiffel Tower

Paris is a city that can be visited numerous times with no two experiences ever being the same. The area surrounding the Eiffel Tower offers some of the city’s most famous landmarks and most stunning views. The 7th arrondissement - Palais Bourbon - offers everything from quaint cafes to striking modern architecture, with several museums and historic landmarks also within easy reach.

Q. What are the best things to do in the 7th arrondissement?

Of course, the Eiffel Tower itself is one of the major draws of the 7th arrondissement, but the area also boasts some of the city’s most impressive green spaces, as well as several world-famous museums. The 7th is also home to some of the most picturesque Parisienne bridges, making it one of the best areas of the city to enjoy a sightseeing stroll.

Q. What are some free things to do in Eiffel Tower?

Paris is all about landmarks, with its stunning cathedrals, bridges, parks and gardens. Many of these can be explored free of charge and can be found within the 7th arrondissement. There are also plenty of open-air markets - which are hugely enjoyable - even for those not planning to buy anything. Alternatively, just a short walk from the Eiffel Tower is another of the city’s iconic landmarks - the Arc de Triomphe.

Q. What are the most romantic things to do in Eiffel Tower?

Paris is often considered the romantic capital of the world and the Eiffel Tower is regarded as one of its most iconic symbols, which has been the backdrop to countless wedding proposals. An evening meal in one of the nearby restaurants, with views of the tower, followed by a stroll around the Champs de Mars is certain to encourage a romantic atmosphere.

Q. What outdoor activities are their near the Eiffel Tower?

The 7th arrondissement is always a good place for those who enjoy the outdoors thanks to its huge open spaces, parks and gardens - many of which hold events in the summer months. For those who enjoy panoramic views, it is also possible to explore the rooftops of some of the city’s famous landmarks - including of course the Eiffel Tower itself.

Places to Visit Near the Eiffel Tower

The area surrounding the Eiffel Tower is right in the heart of Paris - which means those staying in the area have easy access to the city’s abundance of iconic landmarks. Palais Bourbon itself is home to many of these and it is advisable to plan an itinerary when - especially if only for a limited time. Below is a list of some of the most famous landmarks and sights, both in across the city and within the 7th arrondissement:

Places to Eat Near the Eiffel Tower

France is famous for its cuisine and the 7th arrondissement is home to some of the finest restaurants in the city. There are plenty of fine-dining establishments that offer views of the Eiffel Tower, including Mariette, Pasco, Le Poupry and Loiseau Rive Gauche. There are also several Michelin-starred restaurants in the area, including Auguste, Le Violon d’Ingres and Arpege.

However, restaurants in Paris aren’t all sophisticated menus and fine dining. The area around the Eiffel Tower also has plenty of no-frills places to eat, including several fast food restaurants such as Le Sept Quinze, Bon Ap, and Feng Man.

Street Food Near the Eiffel Tower

Street food can be found all over Paris - with plenty of independent vans and vendors offering everything from crepes to oriental cuisine. However, the 7th arrondissement is home to Rue Cler -  one of the most famous streets for food in Paris - which offers fine local produce and samples. There are also several food markets locally, which are great for finding the highest quality ingredients. These include Rue de Grenelle, Avenue de Saxe, and Pont de l’Alma.

Shopping Near the Eiffel Tower

The 7th arrondissement is bursting with beautiful shops and boutiques. As with much of central Paris, there is an emphasis on the latest fashions, with the grand couturiers of Ave. Montaigne and Rue du Faubourg St. Honoré as well as more contemporary designers off of Boulevard St. Germain. Of course, the infamous Champs-Elysees is also nearby, offering everything from high end designer goods to familiar high street brands.

Further to its famous shopping streets, the Eiffel Tower is also close to several malls and precincts. Some of the most popular are:

Transportation Around the Eiffel Tower

Paris has one of the most extensive public transport systems in Europe, comprised of metro, overground trains, buses and a few tram lines - all of which offer a reliable and very reasonably priced service. The 7th Arrondissement has plenty of metro stops linking it to the wider city and the Eiffel Tower can be easily reached via the Champ de Mars / Tour Eiffel stop on line RER C. Some other noteworthy metro stations in the 7th include:

Paris also has an excellent bus system, with 64 lines that are integrated with the Metro to ensure complete coverage of the city. There are also some 47 bus services that run 24 hours a day. The Paris Visite travel pass, which costs €38.35, is a five-day pass which offers unlimited travel across the cities public transport.

The weather in Paris changes according to the season. Winters can be cold, with temperatures in December and January often dropping to around 0 degrees, even pushing below freezing at night time. Typically, July and August are the warmest months for the city, with temperatures reaching over 28 degrees on average during the hotter periods. Naturally, summertime is ideal for those looking to enjoy the best views from atop the Eiffel Tower,  though it is advisable to find accommodation with air conditioning, as temperatures can stay high even overnight. Paris weather in September and October is often the most desirable, as during these months it is cooler than the height of summer but typically still dry, making this a popular time of year to visit the city.