An Insider’s Guide to Living in Amsterdam

This Amsterdam relocation guide has been designed with the explicit intention to provide expats and travellers with all they need to know about moving to Amsterdam.

As with any city, there are a whole range of attractions to see and take part in. From all the insightful museums and galleries to the luscious greenery of the parks, there’s much to enjoy throughout your stay in Amsterdam whether you’re here in the long term or short term. By the end of this chapter, you’ll know where to spend your free time in Amsterdam and where best to explore. Some of the attractions may well cost whereas others will be free. Regardless of this, all are worth your interest.

Founded as a fishing village in the 13th century, it is safe to say that it has grown far beyond initial expectations and has played an essential part in the history of the Netherlands and Europe as a whole. In the 17th century, Amsterdam became the centre of the world's economy in what is now known as its Golden Age. This time also saw the shape of the city come together, with the 1613 and 1663 urban expansions still determining the city's characteristic appearance. Some of the most important historic buildings date back to this period too like the town hall in the Dam Square (now the Royal Palace), the Westerkerk, Zuiderkerk, as well as a large number of canal houses. This town square is one of the most important and well-known locations in the city and country. This is due to the many notable and historical buildings in the area and the many events that happen there throughout the year. Originally a dam, it connected both sides of the settlements along the river together. The area would eventually become a centre of commercial activity and of the government.

This historical sites was constructed in 1516 as part of the Walls of Amsterdam to defend the city from attack. Sitting at 48m high, this shows off how historically important the city was to the nation and the world’s economy back in the old days. 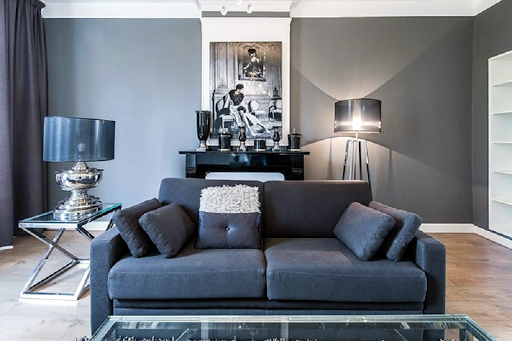