An Insider’s Guide to Moving to San Francisco

This relocation guide has been designed with the explicit intention to provide expats and travellers with all they need to know about moving to San Francisco. As with any city, there are a whole range of attractions in San Francisco to see and take part in. From all the insightful museums and galleries to the luscious greenery of the parks, there’s much to enjoy throughout your stay in San Francisco whether you’re here in the long term or short term.

By the end of this chapter, you’ll know the best San Francisco tourist attractions and where best to explore in your free time. Some of the attractions may well cost whereas others will be free. Regardless of this, all are worth your interest.

The first documented European sighting of San Francisco Bay was in 1769 by the Spanish exploration party led by Portola. It was claimed for Spain and a part of the Viceroyalty of New Spain. Seven years later a mission was set up there. However, the area was once used by Native American tribes, most notably the Yelamu tribe and the Ohlone.

After the Mexican War of Independence, the area became part of Mexico. Settlers from the US started to use the land and during the Mexican-American War the land was claimed by the US. In rapid succession came the Gold Rush of 1848 after the discovery of gold. This brought a huge influx of migration around the US and abroad.

Presently, San Francisco is one of the most liberal cities in the US having been a strong advocator in the 60s and onwards for peace, women’s rights, LGBT rights, abortion and every other liberal law you know of. This incredible museum and society aims to preserve, interpret, present, and disseminate historical data, information, and knowledge relating to the City and County of San Francisco. It holds many events that people can all take part in (although some are members only events). Feel free to sign up or simply donate to keep their esteemed services going. This is one of the largest natural history museums, with over 26 million species housed here for your viewing pleasure assessment. If that wasn’t enough, there’s an aquarium and planetarium under the same roof. An attraction that shouldn’t be missed if you want to see the natural history of San Francisco and the world.

Tickets can cost up to $39.95 for each person (note: this is for an adult ticket, group tickets cost similar price but vary depending on the size of group).

Museum of the African Diaspora This unique attraction showcases the history, art, and cultural richness that resulted from the migration of Africans throughout the world. Their goal is to explore and celebrate the beliefs, practices, traditions, and customs connected to the African movements. If you want to delve into the history of Africa and its effect on the American and international landscape then this is for you.

General admission to the museum is $10. More than worth it for the experience all visitors undertake.

San Francisco is home to many sports. Its the USA and sports are a a favourite past time of the population. Baseball, American Football, Soccer, Ice Hockey - they’re all here to be enjoyed by all visitors, travellers and sports fans alike. The stadiums listed below are in the San Francisco Bay Area, and represent teams in and around the city.

Remember, sports tickets aren’t always easy to come by or involve queuing for a while. Season tickets can be worth it if you’re in the city for a long time. But they work better if it’s for a sport you really love. Sometimes, watching the big game at home with your family or in a bar is cheaper and a better atmosphere. It depends who you are. This is the grounds of the American Football team, the San Francisco 49ers. You can either support these or the Oakland Raiders (their grounds is Oakland Alameda Coliseum) when you arrive in San Francisco, but be warned, as with any sport it can get a bit tribal. It’s best to support the 49ers. The venue can hold up to 75,000 and an afternoon here will be one to remember. 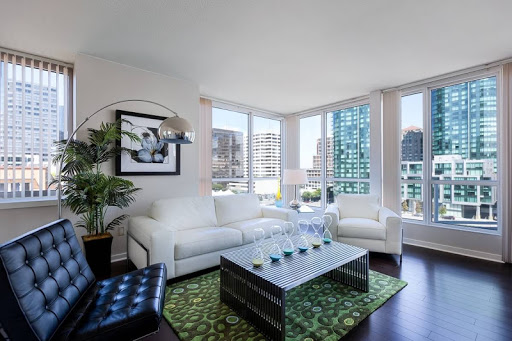