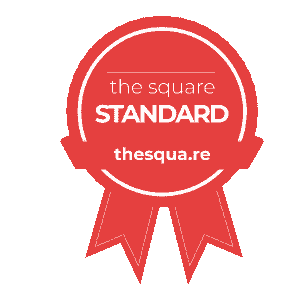 The rustic 2-bedroom Frattina apartment is centrally located in the buzzing Spanish Steps district of Rome. Venture out to admire the architecture of the Church of Trinita dei Monti, and enjoy high-end shopping or lively nightlife on Via Condotti. Visit the magnificent Trevi Fountain (8 min), stroll to the Keats-Shelley Memorial House (3 min), and stop in for an irresistible dessert at Pompi Tiramisu (4 min). Buses run throughout the neighborhood, with the S. Claudio bus stop nearby (5 min). Refurbished by our local interior designer, this spacious apartment provides a relaxed atmosphere in comfort and style. Wooden rafters, plenty of sunlight, and earth tones infuse the apartment with a natural Italian vibe. In addition to the two plush bedrooms, you’ll find a double sofa bed in the salon. An open-plan kitchen provides all your cooking needs. Premium amenities include free Wifi, cable TV, hotel beds and linens, luxury toiletries, and a Nespresso machine. Perfect for families or a small group of friends, this classy apartment offers only the best.

Often referred to as the Tridente because of the shape of the three roads leading from the apex of Piazza del Popolo (Via di Ripetta, Via del Corso and Via del Babuino), this is Rome’s most central district. Famous for its Spanish Steps (Piazza di Spagna), which draws tourists and locals alike, it is also home to some of the city’s most upscale shopping streets, such as Via Condotti. This upscale area of the city is full of designer stores, trendy restaurants and expensive hotels. If you want to experience the true heart of Rome, this is a great choice.

Please note:
All rates shown above are nightly rates and are subject to local taxes. They are also a guide rate and are subject to change due to the length of booking, number of apartments booked and seasonal variations. Contact us for more details.
Minimum length of stay for this building is: 2 nights

All of our serviced apartments undergo a thorough quality check to make sure that everything is of the highest standard. This means modern facilities, secure buildings, crisp white linen, five star amenities and an on call service team that are available 24/7. Other features include weekly cleaning, access to our online community, exclusive resident events and a host of discounts from local businesses.

We operate in accordance with the Disability Discrimination Act 1995 and the Equality Act 2010 and, as such, we encourage all prospective guests to talk to us about any special accommodation requirements they may have.

YOU MAY ALSO BE INTERESTED IN
View More
View More

Your email has been sent!

Your email has been sent.

Please sign in/register to add this to your wish-list.