Finding good furnished apartments in San Antonio is not difficult for business or leisure travelers. There are multiple options available in the area for those who seek comfort and convenience above all else. You can try plush corporate housing in San Antonio’s best locations. These ensure memorable stays for you in the city. You can expect nothing but privacy and relaxation all throughout your stay.

Some of the best furnished apartments in San Antonio TX include:

These apartments offer not just home-like comfort, but also ample privacy and space. You can enjoy a memorable trip for sure! You can also expect total support and assistance throughout your stay, with round-the-clock service. This helps you enjoy greater peace of mind on your visit.

Furnished apartments in San Antonio TX are most suitable for the visitors in this city. You do not have to worry about leases or other agreements.

You can also skip thinking about furniture rental charges, deposits, maintenance costs, and other expenditures. You only have to move into your apartment and leave the other tasks to the experts. You can also find apartments located near major landmarks and business zones in the city.

The beauty of a serviced/furnished apartment is that you can easily touch down in San Antonio and then move into your apartment. You will find apartments available at really competitive rates as well. The best part is that you do not have to worry about your privacy and space. You will enjoy greater flexibility as compared to staying in conventional hospitality accommodation.

Corporate housing in San Antonio is abundantly available and offers ample comfort for business travellers. Our San Antonio corporate  apartments come with facilities like flat-screen televisions and Wi-Fi. You can also cook meals in your own fully-equipped kitchen. Corporate travellers also desire some relaxation and recreation after a hard day at work. These corporate housing in San Antonio are tailored to ensure the same, while giving them ample scope of inviting colleagues or friends over for networking, work, and even to socialize. They will enjoy the comfortable beds and other amenities, keeping them fit and fresh for another day at work.

There are various holiday apartments in this city, spanning San Antonio, Springhill, and Las Carolinas. You will find multiple furnished apartments for rent in San Antonio with great amenities. These are ideal for leisure travellers and groups, offering ample space for everyone. All essential amenities are also available at your fingertips, making daily life more enjoyable in San Antonio. Another advantage is that you can cook your own meals here. This means that you do not have to spend money every day on eating out. You can rather use these funds for exploring more places and partaking in several special experiences here.

Where to Stay in San Antonio 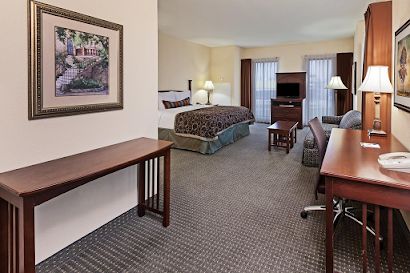 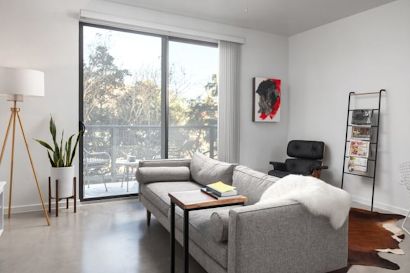 Things to know before booking serviced apartments in San antonio

This city is a fast-growing city and the seventh largest in the U.S with its famous heritage. It is also one of the largest Spanish colonial architecture concentrations.

Here are some other interesting facts about San Antonio:

Cost of Living in San Antonio

San Antonio has a 2% lower tax than state averages and it is lower by 9% than the national average. Living in this city is much cheaper than in other cities. You will find several cost-effective furnished apartments in San Antonio as well. This is one of the reasons behind the soaring popularity of the city amongst tourists and business travellers alike.

Here are some things worth noting:

Things to Do in San Antonio

The city is famous for its heritage and visitors mainly explore the cultural and historical landmarks here.

1. What are the most popular things to do in San Antonio?

The most famous thing to do in this city is to visit its museums, the famous Alamo, and its restaurants. The other thing that is mostly done in this city is to check out its varieties of dishes and street foods. San Antonio is a delightful place to be if you are a foodie.

2. What are some free things to do in San Antonio?

The River Walk is a famous public park that is free to visit with its exciting boat rides and other activities. Visiting museums is also free for the tourists and visitors in this city.

3. Does San Antonio have many romantic attractions?

This city is mainly known for its great culture and heritage with famous historical places.

4. What are the most family-friendly things to do in San Antonio?

The most family-friendly things are exploring the sea world, six flags fiesta Texas and the Amazing Mirror Maze.

5. What are the more unusual things to do in San Antonio?

The unusual things in this city are a Japanese tea garden, the world's largest cowboy boots, and a bracken cave.  Those places to visit are unusual attractions in this city.

Places to Visit in San Antonio

Places to Eat in San Antonio

You should not miss Cappy’s Restaurant, Domingo Restaurant, Mon Chou Chou, and of course, the Chama Gaucha Brazilian Steakhouse. You will find corporate housing in San Antonio near many of these top restaurants if you are a true-blue foodie!

San Antonio is mostly famous for its puffy tacos and Chilaquiles. Other street foods which are famous are Fat Boy Street Tacos, StreetFare SA, and Mi Corazón Street Tacos foods.

San Antonio has multiple shopping options in a wide range of areas and hundreds of stores are placed in various areas of the city.

Some of the top choices include the following:

The main public transportation network of this city is VIA Metropolitan transit and the newest network service is VIVA for connecting famous landmarks and heritage points.

San Antonio has an oppressive and hot summer with short and cool winters over the year. It can be visited mostly throughout the year.