San Francisco is one of the biggest business and tourism hubs in the country, drawing many travellers every year. Staying in a San Francisco furnished apartment is the most convenient and flexible way to enjoy extended stays in the city. Plus, you can savour ample privacy and freedom.

Our serviced accommodation in San Francisco is the best way to experience a fulfilling and memorable stay in the vibrant city.

Some of the best furnished apartments in San Francisco include the following:

Our furnished apartments in San Francisco come with all amenities provided and are ready to move in. From free Wi-Fi and concierge services to fully equipped kitchens and more, staying in a serviced apartment is a great way to experience the city of San Francisco.

More often than not, people choose furnished apartments in San Francisco for privacy and convenience. Serviced apartments are spacious and equipped with all the vital amenities and facilities for modern living.

This makes them popular with tourists who are staying in San Francisco for the long term. They also come with everything that one requires for a comfortable stay in the city.

Our corporate housing in San Francisco is suitable for business travellers. It offers all the amenities, space and freedom required for enjoyable long-term stays in the city.

Business travellers will appreciate having public transportation in close proximity to their apartments. Plus, they will have easy access to key business and commercial hubs.

Connectivity, entertainment and recreational amenities help get work done. This also helps to keep in touch with loved ones. Also, unwinding in style after a hectic day is super simple. All in all, a serviced apartment in San Francisco is the best option for any corporate traveller to the city.

Short term rentals in San Francisco are ideal for those looking for comfortable and posh accommodation for a short period. These units are spacious and splendidly equipped for travellers to enjoy their stay. Having a well-equipped kitchen, flat-screen television, and high-speed Wi-Fi among other facilities, these units present to the inhabitants all that is required for a short stay away from home. Being strategically located, with proximity to major tourist landmarks and places of interest these places are most preferred by tourists.

Groups and families will want an accommodation that is located in close proximity to major attractions, cultural draws, museums, parks and more.

Our holiday apartments in San Francisco offer access to all of these. They are also a vantage point for key shopping, dining, entertainment and nightlife hotspots.

They also come with all the necessary amenities that a family needs for a comfortable stay in San Francisco. From free Wi-Fi and fully equipped kitchens to vital appliances, there is everything at hand for a memorable trip.

Where to Stay in San Francisco

San Francisco is subdivided into 5 districts. These include Bay View, Richmond, Downtown, Sunset and Upper Market. Every district is further delineated into various smaller localities.

First-time travellers should consider staying in Union Square or Nob Hill. These are the best zones to get out and about. You’ll be able to catch all the key landmarks and tourist attractions easily.

Downtown San Francisco is the best place for a luxurious experience in the city. Meanwhile, the Marina District caters wonderfully to budget travellers. Fisherman’s Wharf is a great place to stay for families, thanks to the abundance of available attractions. The Mission is a good option for easy access to the vibrant nightlife. 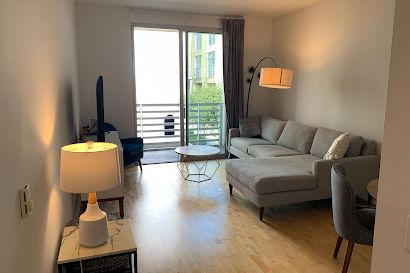 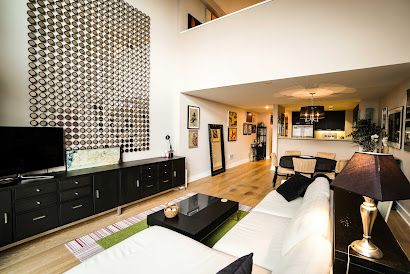 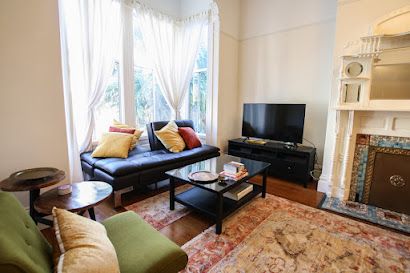 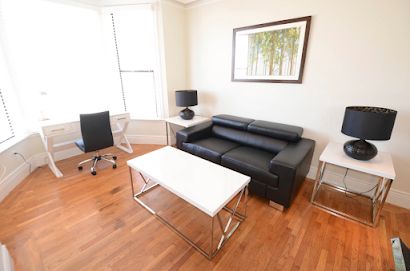 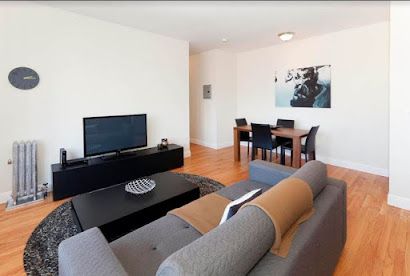 Things to know before booking serviced apartments in San francisco

San Francisco is well-known for the Steep Streets, Golden Gate Bridge, and Alcatraz. As compared to the other cities in the U.S. it is the thirteenth largest city in terms of area.It has some exciting historical realities.

Some of the remarkable facts about San Francisco are as follows:

Cost of Living in San Francisco

Things To Do in San Francisco

San Francisco has several places of tourist attraction to visit and fun activities to do.  Let’s take a look at some of them.

Q. What are popular things to do in San Francisco?

Play an adventure game of fun scavenger hunt in San Francisco's Embarcadero. Breakfast at Sears Fine Food and then you can visit Union Square or the Ferry Building for shopping.

Q. Does San Francisco have many romantic attractions?

The fog in the hills of San Francisco lends a romantic feeling. There are Ocean Beach and the Golden Gate Bridge, for romantic walks and spectacular views.

Q. What are family-friendly things to do in San Francisco?

There are many family-friendly things to do in San Francisco, discovering the Natural World at the California Academy of Sciences, seeing animals at the San Francisco Zoo & Gardens, a visit to the Exploratorium or going to the Aquarium in the Bay area to admire the sea life or better still you can go on a tour to the Chocolate Factory.

Q. What are unusual things to do in San Francisco?

Among the many usual things to do, you could Cross the Golden Gate Bridge, Zip through Lombard Street, see the ocean locals at the Aquarium of the Bay, challenge yourself to an escape game, or sail the Bay for a spectacular view.

Q. What are some free things to do in San Francisco?

Among the many things to do for free in San Francisco, you can drive down Lombard Street, take a walking tour of the city, visit a free museum, take a Cable Car ride, see the Sea Lions at Pier 39, walk across the Golden Gate Bridge or check out the Golden Gate Park.

Places to Visit in San Francisco

Some of the top places to visit in San Francisco on your bucket list should include the following:

Places to Eat in San Francisco

Of the many good places to eat while visiting San Francisco here are some that are worth mentioning:

Some of the best Street Food to have in San Francisco are served in Chinatown, the Crab recipes at the Fisherman’s wharf chowder and crab sidewalk stand, the authentic North Indian/Pakistani Tender Kebabs or the slow-cooked Silken Curry at the Zareen’s. For Korean Street food you can visit Aria. While in San Francisco, scout around for lesser known yet tasty street food delicacies served here, along with the famous abalone, Dungeness crab, bay shrimp, Sand Dabs and crusty sourdough French bread.

You can shop at the international famed luxury department stores or can purchase locally made items by artisans. For high-end exclusive fashion and home décor, San Francisco offers numerous options.  Union Square is the most frequently visited shopping Centre in San Francisco. Here you will get all the big renowned brands.

The summers in San Francisco are stretched, with an arid and comfortable climate. The winters are shorter but cold and wet as well as partly cloudy. The temperatures around the year vary from 45oF to 72oF and seldom below 39oF and rarely do the temperatures go above 83oF. The best time to visit San Francisco is from the third week of June till the first week of October.