Our furnished apartments are great options for those moving to Seattle. They are also ideal for those staying in the city for extended durations. They provide the privacy, comfort and convenience that you desire along with all the top-notch amenities and facilities at hand. They are indeed great ways to experience the vibrant city of Seattle and its diversely-hued localities.

Some of the best serviced apartments in Seattle for your perusal:

Our furnished apartments in Seattle come equipped with free Wi-Fi, private access, well-equipped kitchens, concierge (wherever available) and room cleaning among other services. They are practical yet fulfilling solutions for short or long-term Seattle stays.

Our serviced apartments in Seattle are the ideal accommodation option for all those who are new in the city. From new residents to short/long-term travellers, our apartments fuse the best comfort and convenience. Serviced accommodation is a major boon and a better alternative to conventional rental accommodation on the other hand.

What lies behind the popularity of serviced apartments? All contractual and legal aspects are covered courtesy of the same. Agency fees, maintenance charges and utility bills are also taken care of likewise. Alongside, deposits are not payable at all on your part. You will not have to worry about bedding, furnishings, accessories and fixtures.

Serviced apartments usually lie in proximity to public transportation facilities. These include Underground or metro stations, bus stops and so on. Travelling to conferences and business meetings becomes that much easier as a result. Some apartments are also equipped with swimming pools, gymnasiums and all other vital equipment.

Guests are bound to find our furnished apartments in Seattle really attractive options for extended stays in the city. They can enjoy the vibe of their neighbourhood and city in the long haul. Shifting here does not always have to be problematic.

Being experts in furnished apartments, we seek to offer a comfortable retreat for our guests. We wish to offer luxurious and comforting interiors with ample warmth and all amenities. We also offer impeccable service fused with that personal touch for maximum convenience. We also ensure that all issues are swiftly addressed without any worries.

Our corporate housing in Seattle is ideal for the needs of business travellers to the city. Stay as long as you like, from a few weeks to even more! Our apartments take care of all your needs to the hilt. From the best furnishings and ample space to comfortable beds and bathroom amenities, we have you covered throughout. You can also expect the best connectivity, entertainment and recreational features. We also offer well-equipped kitchens with all vital appliances.

Our Seattle corporate housing lies in close proximity to major places of business alongside. Access public transport facilities nearby. Have colleagues over or unwind in peace at your own leisure. We ensure that you are taken care of in the best possible manner.

Opting for our Seattle furnished apartments is a great idea for families and leisure travellers. Our units come with all the safety and security features that you desire. Enjoy ample privacy, space and convenience. Access major tourist landmarks nearby along with public transportation. Find the best shopping, entertainment and dining hubs in the vicinity. Enjoy using free Wi-Fi, flat-screen televisions and all necessary appliances. Cook up a storm with fully-equipped kitchens. Comfortable beds and plush furnishings take care of all your rest and relaxation requirements alongside. All in all, we strive to offer you a great experience while in Seattle.

Where to Stay in Seattle

Seattle is home to several vibrant and attractive neighbourhoods. Downtown is one of the best places to stay in the city. This gives you access to leading restaurants, shops and the iconic Pike Place Market. The Puget Sound views are top class and so is local transportation in the vicinity.

Also Read: 32 Best Things to Do in Seattle This Summer 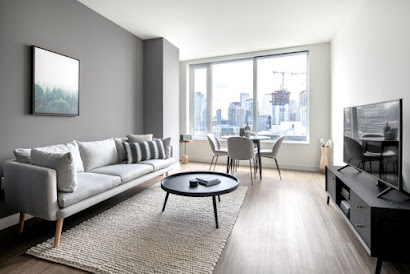 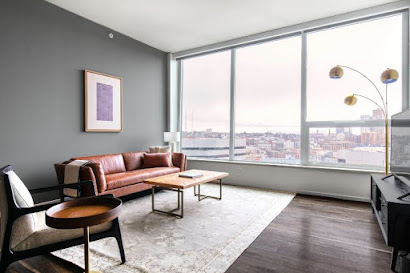 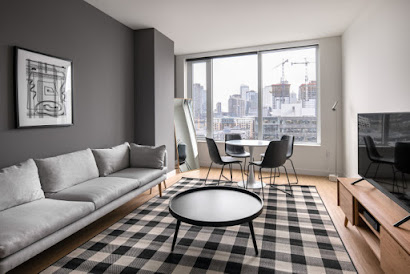 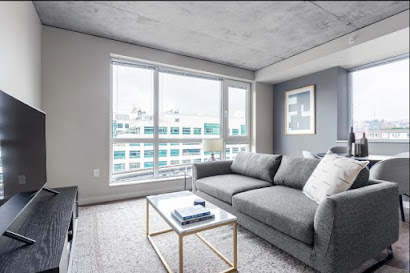 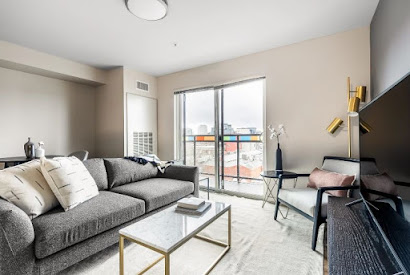 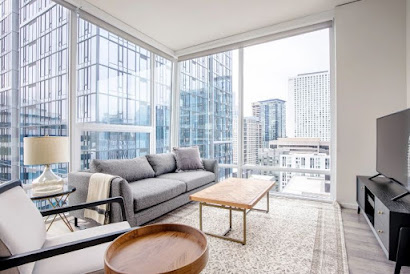 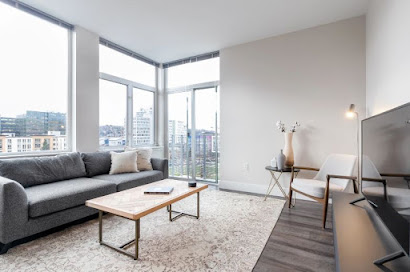 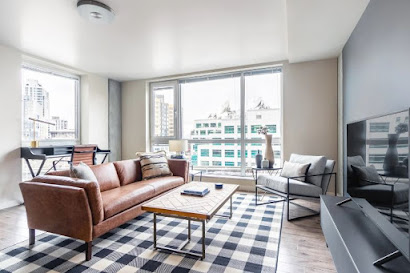 Seattle is a city lying on the United States’ West Coast and the primary seat for King County in Washington. It is the biggest city in the Pacific Northwest region and also Washington State. Seattle is one of the country’s fastest-growing cities and a major tourist hub. It lies 100 miles away from the border with Canada. It is also a major gateway for Asian trade and commerce, being North America’s fourth-biggest port.

Here are interesting facts about Seattle:

Seattle’s economy is spurred by industrial entities and companies engaged in clean technology, IT, service and design. The GMP (gross metropolitan product) touched $231 billion for 2010.

The Seattle-Tacoma International Airport is run by the Port of Seattle. It offers commercial air services to various global destinations. Boeing Field is used for cargo flights. Paine Field is a secondary airport for passengers that started from 2019. It lies in Everett which is 25 miles northwards from the city.

Cost of Living in Seattle

A meal at a regular restaurant will cost anywhere around $10-30 while a meal for two at a mid-range outlet will cost $80. A one-way public transport ticket ranges between $2.50-3.75 while a monthly pass comes for $99 on average. Monthly utility costs hover around $204.34 approximately.

Here are some tips for visiting the beautiful city of Seattle:

Things to Do in Seattle

There are several fun things that you can do in Seattle. Here’s taking a look at some of them.

1. What are some popular things to do in Seattle?

Some of the popular things to do in Seattle include checking out the lovely Seattle Art Museum, the Space Needle, particularly at night-time and also the Gasworks Parks. You can also visit the Snoqualmie Falls near the city or check out the Greenlake neighborhood.

2. What are some free things to do in Seattle?

Free activities in Seattle include Mt. Baker and the Snoqualmie National Forest if you are a nature lover. You can also check out the Mount Rainier National Park along with the Gas Works Park, Magnuson Park and Green Lake Park.

3. Does Seattle have many romantic attractions?

Seattle is dotted with numerous romantic attractions for couples. You can visit the observation deck on the Space Needle, venture to Alki Beach or even take a ferry ride. Ride on the Great Wheel or explore the Golden Gardens Park or Parsons Gardens.

4. What are the most family-friendly things to do in Seattle?

Family-friendly things to do include exploring the lovely Pike Place Market or even checking out Artists at Play. You will love the Theo Chocolate Factory and even the Living Computers Museum and Labs.

5. What are some unusual things to do in Seattle?

Some unusual things to do in Seattle include taking a selfie with the Fremont Troll or a water taxi ride till West Seattle. You can also pay a trip to the Nordic Heritage Museum or check out the Bruce Lee Exhibit.

Places to Visit in Seattle

There are several top places worth visiting in Seattle. They include:

Places to Eat in Seattle

Seattle is home to diverse restaurants and eateries including the Bakery Nouveau which is famous for coffee, croissants and more. Other establishments worth frequenting include Porkchop & Co and Terra Plata for its mimosa brunch. You should also explore Stateside and Marination Mai Kai.

Seattle offers several shopping zones for tourists including Downtown and Belltown which are home to leading retailers and local stores alike. Check out the Pike Place Market, West Seattle and California Avenue alongside.

The best time to visit is between September and October. Summer is the peak season while winters are cold and harsh. Early fall is a great time while spring has warmer temperatures with a little rainfall.