Seoul or the Seoul Special City is the capital and biggest metropolis of South Korea, making up the epicentre of the Seoul Capital Area with surrounding Gyeonggi province and Incheon metropolis. Seoul was the 4th biggest metropolitan economy in the year 2014.

You can choose to stay in our serviced apartments in Seoul for a comfortable and convenient stay during your visit to the city. Seoul is one of the world’s biggest business and tourism hubs and this explains the high demand for furnished apartments, amongst business and leisure travelers alike.

Fully furnished rent apartments in Seoul from TheSqua.re, offer major added amenities like fully-equipped kitchens, flat-screen televisions, private access and high-speed Wi-Fi among others, these apartments offer comfortable and convenient stays in Seoul for all travelers.

Serviced apartments in Seoul are increasingly becoming preferred accommodation picks for travelers and for those who are new in the city. These apartments are better alternatives to traditional rental units since they offer more comfort, space, privacy and convenience, along with the best modern amenities.

What explains the popularity of serviced apartments? These apartments take care of all contractual and legal aspects including maintenance charges, agency fees, deposits, bills and furnishings along with other accessories. Serviced apartments are usually located in close proximity to major connectivity links such as underground or metro stations, bus stops and main thoroughfares. They ensure easy access to major commercial hubs and tourist landmarks while some serviced apartments also have additional amenities like swimming pools and gymnasiums among others.

Being experts in serviced accommodation, we understand that guests desire homes away from home throughout their stay in a new city. We offer plush accommodation with superior furnishings and amenities in tandem with round the clock assistance for resolving all queries swiftly.

When it comes to corporate housing in Seoul, it is always in high demand since the city is a major economic and tourism hub alike. Travelers will greatly enjoy living in comfortable, spacious and plush furnished apartments offering round the clock support, fully equipped kitchens, high-speed Wi-Fi, flat-screen televisions and a lot more. The apartments are also located in close proximity to major commercial and business destinations.

If you are looking to book short term rentals in Seoul, then serviced apartments are the best option. They offer ample space and privacy while being located in close proximity to major tourist landmarks and business hubs. They come with the best amenities like flat-screen televisions, high-speed Wi-Fi and fully equipped kitchens among others. Short term rentals from TheSqua.re are more memorable with the right serviced apartments.

Holiday apartments in Seoul take care of all your needs as a leisure traveler and vacationer. From well-equipped kitchens and appliances to flat-screen televisions, additional amenities like gymnasiums and concierge services (wherever available) and also high-speed Wi-Fi, holiday apartments are the best options for short to long term leisure stays. They are also located near major tourist attractions while offering round the clock support for resolving all your queries.

Where to Stay in Seoul

Some of the best neighbourhoods to stay in Seoul include Hongdae, Myeongdong and Itaewon, these are ideal for those who love fashion, food and partying respectively. Gangnam is an affluent destination for travelers while Jamsil is ideal for families and those who love sports. 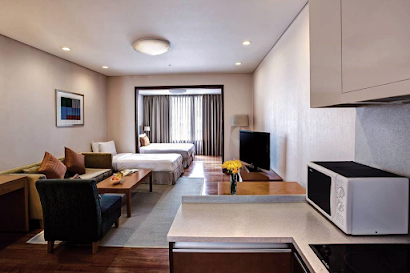 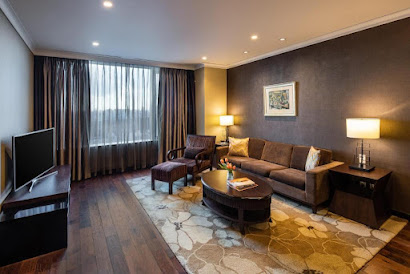 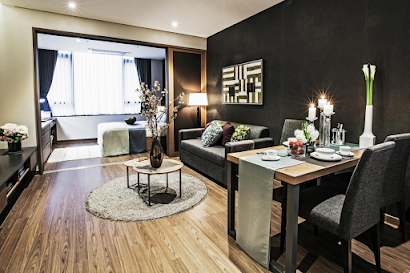 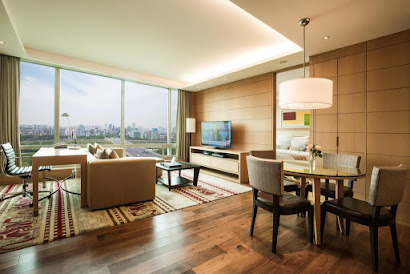 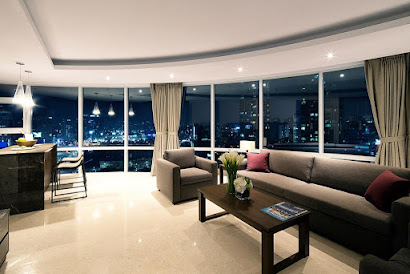 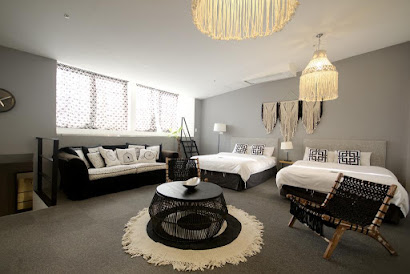 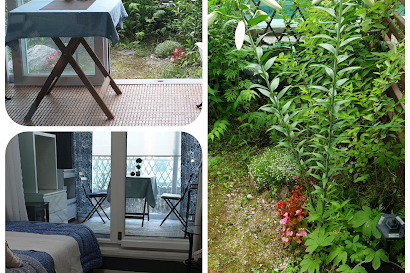 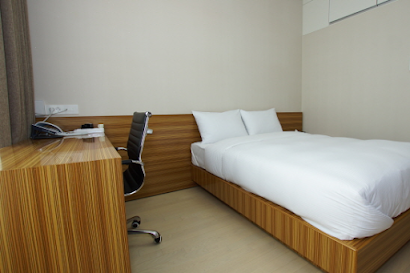 Things to know before booking serviced apartments in Seoul

Seoul, the capital of South Korea is the most habitable city in the Asian continent and also among the largest and most advanced cities in the world.

Cost of Living in Seoul

Seoul is an expensive city to live in. It ranks 3rd among the 14 most expensive cities in the world. For a family of 04, the average estimated monthly cost works out to be ₩5,265,068. However, for a single person, it would cost around ₩2,940,815

Seoul is a large city by way of population, being Asia’s 4th biggest metropolis. If you plan to visit Seoul the following tips will come in handy :

Things to Do in Seoul

With so much to explore in the form of shopping malls, well-preserved royal palaces and Buddhist temples, you will have a fun time in Seoul.

Q1. What are popular things to do in Seoul?

Q2. Does Seoul have many romantic attractions?

Q3. What are family-friendly things to do in Seoul?

Here are some of the family-friendly things to do in Seoul:

Q4. What are unusual things to do in Seoul?

Q5. What are some free things to do in Seoul?

There are many free things to do in Seoul from visiting the Yun Dong-ju Literature Museum to browsing through old photographs and the first edition of the Korean poet Don-ju to the Jeoldusan Martyrs’ Shrine where you can see the gory past when the many Roman Catholics were gruesomely murdered. You can see the various contraptions used to torture the martyrs.

You can visit the Seoul Museum of Art or can go to the Oil Tank Culture Park.

Places to Visit in Seoul

Places to Eat in Seoul

There are cafes everywhere in Seoul. Regular coffee shops themed cafes, and dessert cafes are really widespread here. Apart from the cafes, there are restaurants serving meals comprising of Korean dishes at Jungsik, Jihwaja and Seafood in Asian and Korean recipes at the Flavours. There are places like the Jangseng Geongangwan serving Italian, French and Japanese cuisines.

American and International cuisines are served at the Viking’s Wharf at the Lotte World Mall and The Park View, respectively.

Dongdaemun attracts foodies with Mukja Golmok, an alley dedicated to Korean street food and snacks. If you cannot have spicy food there are plenty of non-spicy Korean dishes that you must try like Pajeon, Jjajangmyun, Gimbap, Japchae, Bulgogi, and Korean fried chicken (without the spicy sauce).

Seoul is famous for its street food and top picks include corn dogs, spicy rice cakes or Tteokbokki, stuffed pancakes or Hotteok, egg bread or Gyeranppang and fish-shaped bread or Bungeoppang to name only a few.

Seoul is heaven for shopaholics with the best places to shop in malls and across districts in the city centre. From electronics, clothes, jewellery, accessories, beauty products, to leather goods, including antiques, arts and crafts, there are all types of products to buy.

You can go on a shopping spree at some of these places in Seoul:

Seoul has an extensive and sophisticated transport system, one of the best in the world. You can travel around the city by bus, taxi or subway or ride a train, hire a cab to go to destinations beyond Seoul.

You will be able to pay for fares through your credit card or through T-money, which is a common transportation card issued by the government for public transportation. However, payment of fare while travelling outside Seoul is to be made in cash by you.

It is the biggest subway system in the world, catering to more than 8 million people each day and with a track length of a whopping 940 kilometres. There are Korail, NeoTrans Co. Ltd, Seoul Metro, AREX and Seoul Metro Line 9 Corporation bus lines throughout the city. Seoul Metropolitan Government (S.M.G) also operates four core bus lines covering the entire city.

The climate here is temperate or rather subtropical, having four separate seasons with rains in summer. The temperature here can be extreme, shooting up to 35oC during summer and dipping to -20oC in the winter. The most pleasant seasons are spring and autumn; during this period weather is moderate.

The period during spring from March till May or fall from September till November is the best time to visit Seoul.